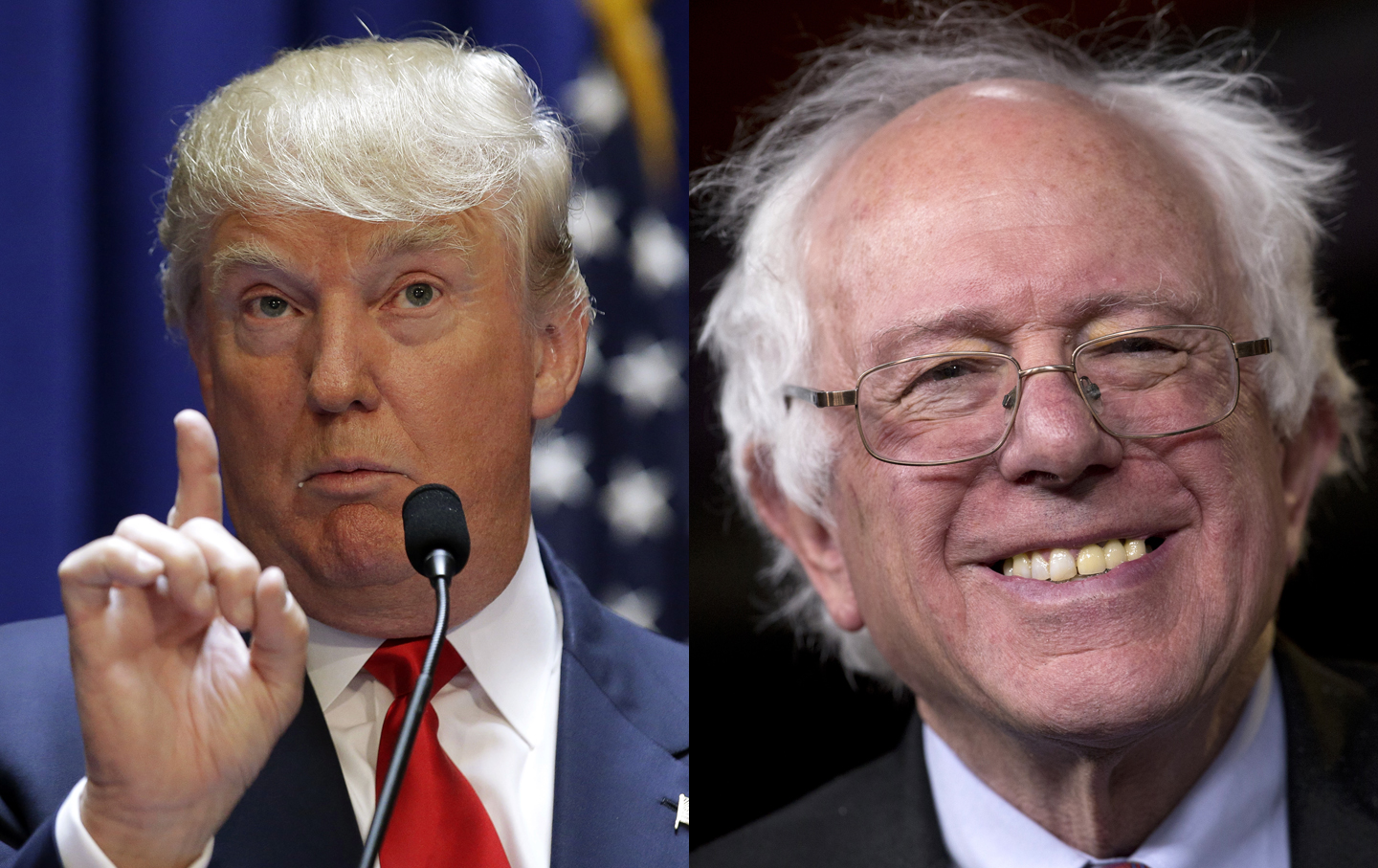 Populism: A Bigger Threat than the Establishments

Standing up against Donald Trump is certainly not the popular thing to do these days (and frankly, I’m not even sure if it’s entirely safe). That said, those of us who have worked hard to promote civil, economic, and political liberty within a constitutional framework certainly have our work cut out for us if we’re to ever be successful. The rise of Donald Trump has undone just about every hard-fought victory we’ve earned over the last decade. The libertarian and constitutional wings of the Republican Party are smaller today, by about half, than they were this time last year. Such a brutal loss is hard to stomach and will be difficult to overcome, regardless the final result of this election.

Defeatism, thankfully, does not become us.

Therefore, it is with great optimism that we ought to move forward, continuing to define and defend our message of individual sovereignty and personal liberty. This frightening and dangerous rise of populism can certainly work to our advantage, considering that the centrist establishment now understands that there is something far worse than the liberty movement. Would they not accept a dozen Dave Brat’s and Rand Paul’s over one Donald Trump?

Governor John Kasich is as establishment as they come. While not a corporatist, he buys in to the Frank Capra and Aaron Sorkin vision of government as an instrument of good. Even Governor Kasich, however, understands that the federal government no longer functions within a Constitutional framework. Kasich has suggested that we ought to have a 10th Amendment revolution in this country, bringing back more authorities to the States (an odd position to take running for President as an establishment candidate), but he’s 100% right. Why should the federal government be in charge of jobs training and health care? Let the States run these programs. Keep it local. Keep it solvent. Create competition between the states to improve services and efficacy.

If the establishment would be willing to turn over unconstitutional authorities back to The States, we would have a much greater opportunity to influence domestic policies and obstruct excessive spending and hold State officials accountable for waste, fraud, and abuse. Furthermore, the Federal Government would no longer require a fraction of what we currently give them. After all, the federal government was designed to handle only a few specific areas of concern.

Furthermore, our United States Congress has given the executive branch complete control over all the laws in our country through a regulatory bureaucracy. Now, we have Congressmen like Rob Wittman (VA) and Senators like Rand Paul (KY) desperately fighting to finalize passage of the REINS ACT. The REINS ACT prevents the Executive Branch from issuing major regulation without Congressional approval. It is currently sitting in the Senate waiting on a Republican President to sign it into law.

If Congressman Wittman and Governor Kasich are already looking for a greater exercise of federalism, then the liberty movement should be fighting ardently beside them to encourage them to get it done. The Establishment is not the only group of folks who realize that there is something worse than the Liberty Movement, the Liberty Movement is discovering that there is something worse than The Establishment. In that sense, Donald Trump is serving to make some particularly strange bedfellows.

While I despise the corporatism at the heart of our Republican Establishment, I do believe that there are some within that establishment who, in the face of populism, are willing to work with principled conservatives and libertarians to preserve and protect our Constitutional Republic.

Over the course of the last few months, I have been taught one incontrovertible fact: Populism is a clear and present danger and I may have even served to make it possible. We’ve been so hell bent on destroying the Republican Establishment that we haven’t paid enough attention to how we would replace it – and we’re discovering that many of our fellow antagonists did have a plan. They want to replace the establishment with themselves and they want to go full Hubert Hoover – full Teddy Roosevelt. We are witnessing the resurrection of Progressive Populism, high tariffs, and “conservative” Big Government.

The fact is, that the moderate establishment will survive Donald Trump and all the Trump supporters will one day be horribly disappointed. In the meantime, while we wait for their inevitable disappointment, we need to begin furiously distinguishing ourselves from the populists and petition our elected officials to begin placing greater restrictions on the executive branch, while turning over more Congressional power over to the Fifty States.

We may have a brief window where the liberty movement and the establishment can work together.

Populism: A Bigger Threat than the Establishments was last modified: February 28th, 2016 by Steven Brodie Tucker

How many ism’s can the controlling come up with ?
How about Americanism , Patriotism , get off your buttisim ?

This article is bad on several fronts. First, it does not define populism. Second, it does not explain how populism is a threat to our Republic. Third, it makes no mention of the Oligarchy, in other words, the Big Donor Class, which really controls the reins of power and operates in its own self interests which are detrimental to those of millions of Americans. Fifth, it does not mention how the GOP has totally failed the very people who have continually provided one electoral victory after another. And finally, just how worse can populists be when we are $19 trillion in debt and our culture is in the sewer?

Those who are swayed by Trump rhetoric were never more than sticker Constitutionalists. That is to say, Constitutionalists by momentary whim or fancy, and not from any deep well of understanding. These folks move with the tides. They will never lead. And they are as likely to wander back as to wander hither and yon.

If the Elites don’t like Trump, it is not because he is not one of them, it is that they prefer ciphers more malleable. Even so, my guess is that Trump has already made his ‘deal’ with those who decide what comes to pass. That is what Trump does. He makes deals and his primary concern in a deal is what is good for Donald.

Always cultivate your own garden with indifference to the mob. Eventually, you garden will yield good fruit. Most important is that there be something of substance come the day when substance must displace folly and madness.

Thanks for a thoughtful article!

Conservative giants and pariotic Benghazi heroes are among the many millions of Americans who support Trump. But yet you think Sen. Jeff Sessions and Mark Geist and John Tiegen (of ’13 Hours’), Donald Trump and the rest of us are WORSE for our country than the Establishment and all their crony corruption with big business selling us out!

And so you want to align WITH the Establishment to neutralize Trump nominee and his supporters.

Is this The Bull Elephant or the Bearing Drift?

Be careful playing the prophet.

Who was it that said ; ” don’t let the perfect become the enemy of the good ” ?

I hear lots of people and pundits talking about Populism, but when I see Trump on one side and Bernie the socialist on the other, it might be a good idea to indulge in a few definitions. Some of the things I hear from Trump are very Conservative . Very few things I hear from Bernie do not come close.to Conservatism.