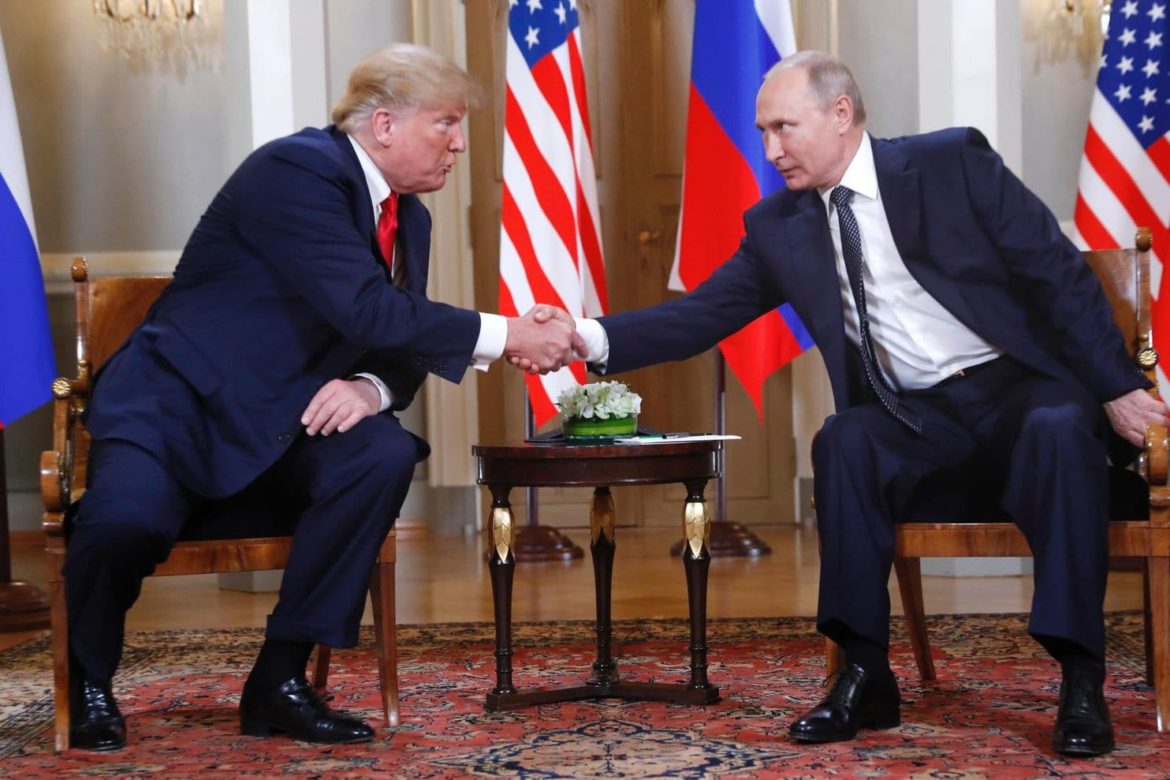 Portrayal of Russian Meddling And Its Ultimate End Game

written by Guest Contributor Dylan Lloyd July 27, 2018
As recently told by that stalwart champion of right-wing conservative values The Atlantic (oops, a drip of sarcasm just landed on your shirt), interference into foreign elections is hardly a passing fancy. If I had a dollar for every time America interfered into the elections of other sovereign nations, I could probably run for Congress.
More insidiously glossed over however is the documented number of times the Russians have directly sought to influence our elections and little to nothing was made of it. Was it really just 6 years ago our then Commander in Chief Barack Obama was caught on a hot mic telling Dimitri he would be more ‘flexible’ after winning re-election? Does anyone remember the cushy bromance between Boris Yeltsin and Slick Willy?
That part sadly doesn’t bother me. People, be it powerful or not, are going to pursue their own interests and alliances. What irks me is the representation that A) 2016 was the first time this happened and B) it had some sizeable impact on the decisions of millions of Americans.
The McCain and Obama camps were reportedly hacked and meddled by the Russians and the Chinese during 2008. In 1983, Ted Kennedy lackey Sen. John Tunney implored the Soviets ahead of the upcoming ’84 election to assist in an ad campaign aimed against Ronald Reagan.
The list of grievances goes on, and so does the chatter. The most idiotic and weak-sauce claim however is the inference that Russian interference elected Donald Trump. As reported by nearly anyone with an objective bone in their body, Trump won by out-working his competition while Clinton lost due to 25 years of conspicuous well documented failures.
I have good friends and close blood relatives who are liberals. Not exactly leftists or pussy-hat wearing progressives, but they voted for Hillary. I, nor our mutual friends or even parents could persuade them. So you’re telling me, a small contingent of Russian trolls on their twitter and facebook accounts, could completely nullify and realign decades of deeply held ideological beliefs?
The end game is simple with the media. The media are no longer just Americans, no, %90 of the media is owned by multinational conglomerates. They see themselves as ‘Citizens of the World‘.
Trump, with his talk of ‘America First’ and ‘Bad Trade Deals’ is not speaking their lingua franca. Coupled with his contentious and sometimes downright petty verbal sparring with the ‘fake news’ press, he is seen as a threat. Given the media wants to appease their worldwide clientele, they also want to portray him as an embarrassment. The Russian story, having lost its legal case for collusion, is now a propaganda vehicle for them. A vehicle to carry our future hazy hindsight, along with their own personal schadenfreude to a destination where a Republican victory is dismissed under the auspices of foul play.
Portrayal of Russian Meddling And Its Ultimate End Game was last modified: July 27th, 2018 by Guest Contributor Dylan Lloyd

So,Russian interference in our elections is ok?

Define interference. If it is against the law, then yes. If it is legal, then while morally wrong, it is within a foreign powers’ interest to do so.

Not if it is illegal. However there are many ways, while morally wrong, that they can legally interfere with elections. We have to rise above the noise.

It is unlawful for a foreign entity to fund or oversee the things the Russians apparently did, also, with the NRA accepting Russian money, it’s clear the NRA is oowned by Putin.

Great Article! The media refuses to acknowledge genuine Republican wins – it’s always dirty play by the right. Examples of this selective outrage are how Bush “stole” the ’88 election from Dukakis with that “racist” Willie Horton ad (never mind how the Democrats won Virginia in 2017 by fear mongering liberals into believing Gillespie voters wanted to run over their kids with pickup trucks), or John Kerry was unfairly the victim of the “swiftboater” conspiracy, which allegedly cost him the presidency in 2004.

…and the media want us to believe that ALL republicans are stupid. Remember Reagan, Bush, and now Trump. Extrapolate…if they’re stupid, so are their supporters.

Just so you know;
1) I voted for Bush, twice.
2) Wrote myself in during Obama.
3) Wanted Trump before he announced, supported in Primary, couldn’t get to the polls early enough to vote for him for President. Want to see him reelected , then Pence or Nicky Hailey.
4) Voted for McDonnell and Cuccinelli (I have deep regret for that)
5) Now I voted for McAuliffe as a vote of a punch in the face to Cuccinelli , yes a punch in the face!
6) Did not care about the BS truck add because I know that Gillespie would not run over illegal immigrants but employ them so I once again voted a punch in the face!
I voted for Northam.

Now wee will be looking at Herring (who I dislike) but once again I will probably vote for him to punch the Republican Candidate in the face that has absolutely no desire to end Santurary Employment in the Virginia Construction Industry.

I will only vote for Republicans who desire to comprehensively end fraudulent employment and illegal immigration or otherwise it is a Punch in the Face!

Well said… completely agree on all points. Thank you.