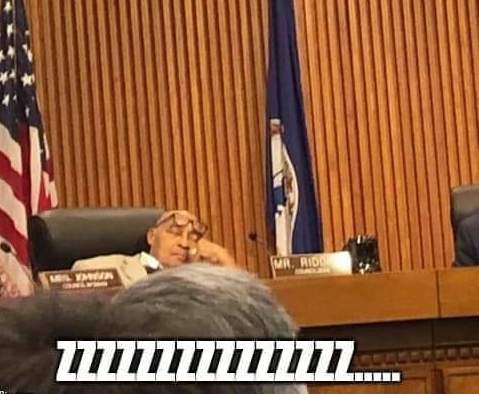 Councilman Riddick, is there anything you would like to add to the discussion?

I attended the Norfolk City Council meeting Tuesday night Jan. 14, where a throng of 2nd Amendment Supporters – mostly city residents –thronged a regular meeting, urging passage of a resolution either declaring the city a “2A sanctuary city” or a “Constitution City” as.  the Virginia Beach City Council passed earlier this month

I testified about the threat to the Orthodox Jewish community, and even Muslims and Sikhs who also dress “differently” and could be subjected to more attacks and crime, given the proposals by Gov. Northam and Democrats to restrict firearms ownership AND relax laws on theft and parole.

I requested the city council have a conversation with its police chief and sheriff about these proposals.  A number of members of my synagogue were in attendance.

Well, no chance of this council, comprising all Democrats, to take a tough stand.

After listening to passionate stories about how being armed meant life or death, except one member (Paul Riddick) who fell asleep at least four times, the Council took no formal action.

Instead, after all the testimony, the City Clerk, Richard A. Bull, read a letter that will be sent to the General Assembly, that basically says nothing.

It says members of the council have been “presented with a petition” by residents asking the Council to be a “2A sanctuary city.”  The letter provides the petition and emails to the General Assembly.

Bull’s letter goes on to say the US and Virginia Constitution do not allow the city to “not uphold the laws of the United States and the Commonwealth of Virginia” (bold face).

Then, it says the councilmembers “respect their role and hope that you will find the enclosed documents helpful as you deliberate this issue during the 2020…session.”

In other words, we members of the Norfolk City Council are just too chicken to put our names on this letter or vote up or down on 2A Sanctuary Status, and so please go away.  We have a number of liberal constituents who will throw us out in the May 2020 election if we dare to support gun owner rights. That’s the message they sent –and the fact one of their members was sleeping during the testimony shows considerable disdain.

Interestingly, another member of the audience spoke up about the Council kicking the can down the road on the issue of whether to move a Confederate obelisk in downtown Norfolk.  So, we have a clear lack of leadership on this governing body, at least with issues like this. You can watch the video here starting at the 30 minute mark: http://norfolkcityva.iqm2.com/Citizens/SplitView.aspx?Mode=Video&MeetingID=1276&Format=None

In Portsmouth, in contrast, the City Council adopted a resolution supporting the 2nd amendment and one councilmember slung a rifle over his shoulder to show support.

I think on Jan. 20 when the big 2nd amendment rally is to be held on the state capitol grounds a number of chicken Democrats will conveniently find a means to stay away. Despite being barred from having their sidearms, and it seems a liberal judge just upheld Gov. Northam’s “emergency” to ban them from the Capitol Grounds in Richmond, my guess is Democratic lawmakers will not want to engage with the unwashed masses of gun owners.

I think they will pull a “Norfolk” and stay away so not to engage with citizens who are rightfully concerned about our Commonwealth becoming a crime ridden place because of relaxed laws and disallowing private firearms ownership.  Pretty sad the media fail to report this, too.