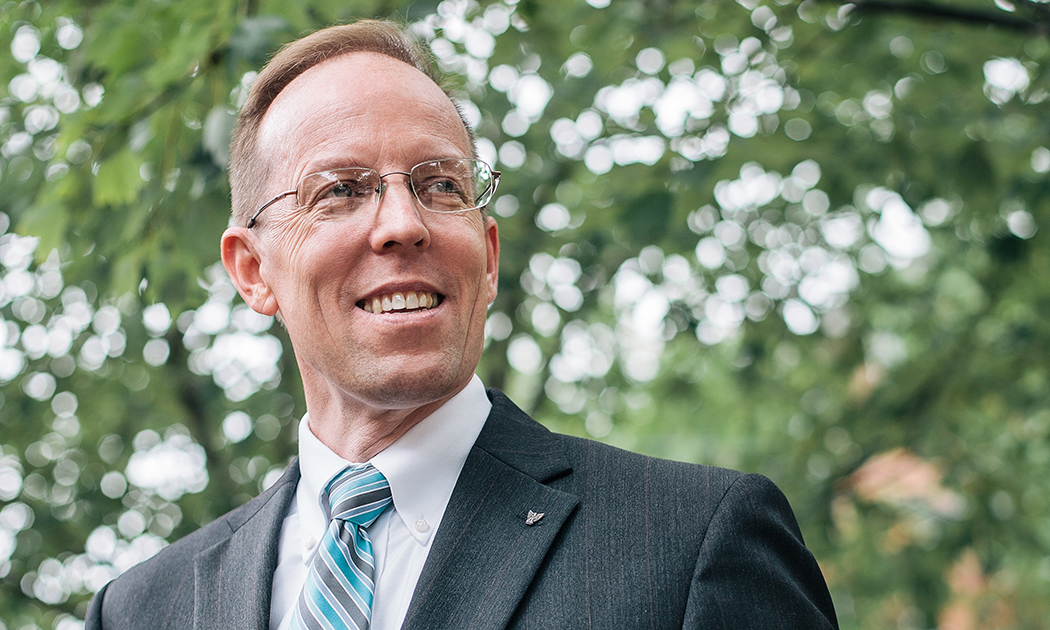 These days, most people rely upon email to send all of their messages. Â As such, our inboxes are often stuffed both with legitimate correspondenceâ€¦as well as far too much spam. Â Given this reality, except when we are expecting a package, we donâ€™t eagerly wait for the mailman like we did when I was little, as he typically delivers only bills and generic information of sales. Â However, sometimes there areÂ surprises. Today, for example, I found a hand-addressed envelope in the mailbox. Â Inside, was a hand-written note from Delegate Bell (as pictured). 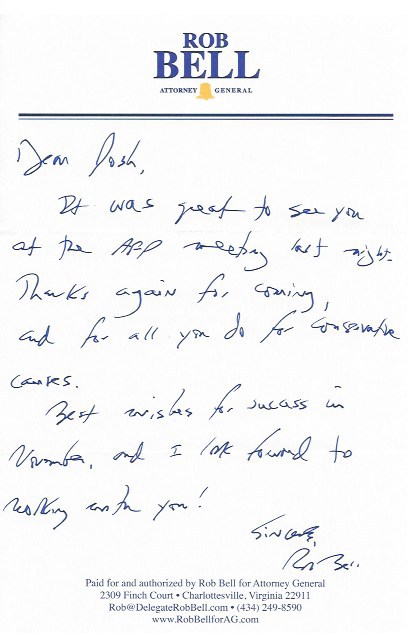 To offer some background, on the evening of July 14thÂ Americans for Prosperity-Virginia held an event in Harrisonburg featuring Delegate Rob Bell (R-58), Delegate Ben Cline (R-24), Delegate Nick Freitas (R-30), and a member of the Goochland County Board of Supervisors. Â AlthoughÂ Iâ€™ve found AFP events to be hit or miss, thisÂ gathering was excellent, featuring many great, informative, and inspiring speeches. In fact, it was arguably the best AFP event I have attended in my years of activism. Afterward, I spoke with some of the AFP staff and their guests, including Delegate Bell, who informed me that he read The Virginia Conservative (it is amazing how many elected officials tell me that they visit this website). Nevertheless, I didnâ€™t think much more about the event and didnâ€™t end up taking any photos of it, as it was one of those â€œyou had to be thereâ€ kindÂ of occasions to listen to it for yourself. Â However, with todayâ€™s mail, I am reminded of it once again.

As some of you may know, Rob Bell is seeking to be the Republican nominee for Virginiaâ€™s Attorney General in 2017. Â Although he already has several declared opponents, sending out personalized,Â hand-written notes as he did after this recent AFP event is a good way to set yourself apart in a world of slick, colorful, but impersonal campaign flyers. Â In addition, IÂ appreciated the fact that it wasnâ€™t some kind of plug for a donation.

I donâ€™t have a preferred candidate for attorney general at this point, but I have to say kudos to Delegate Bell for his efforts at memorable outreach.

Agree with all. Rob works harder than anyone in politics. And it will pay off in ’17. What I don’t understand at all is what John Adams is doing by trying to make Rob’s role in the McAuliffe smack down case an issue. Anyone know what he is thinking? I don’t get it.

Rob is the hardest working man in Virginia politics. A lot of people know what it takes to connect directly with the grassroots, but very few people actually do they work necessary to accomplish it. Rob is one of those.

A very good, honest individual and unlike the author at this time I do wholeheartedly support him for Virginia State Attorney General, he would serve well in that critical role.

Rob is well known for his personalized hand-written notes; it’s one of his trademarks. He works hard for us in the House of Delegates and will do the same as our next Attorney General!

Why is Rob Bell’s class the exception and not the rule?