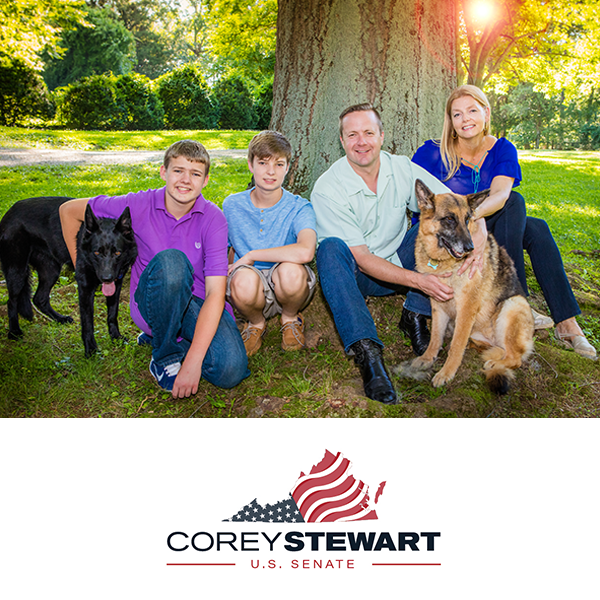 Yes this is just one poll, and yes we all know how inaccurate poll numbers can be, especially in Virginia, but there is great news for the Stewart campaign.  A Poolhouse and Cygnal poll shows that the race in Virginia is narrowing. The Poolhouse/Cygnal poll has the race at 51-46 for Kaine. This is significantly closer than the 15-18 point differences we have seen in previous polls.  It looks like Republicans are starting to coalesce around Stewart and his outsider campaign and wanting a Senator who will help Donald Trump drain the swamp in Washington DC. And Tim Kaine is a true product of the DC Swamp.

The fact is that Corey is a brilliant retail campaigner, who can remember the names of most everyone he has met, and has a very large group of volunteers who are dedicated to Corey and the cause of limited government (myself included).  The poll also suggests that the few remaining undecided voters will not break for Kaine but are open to supporting Corey Stewart. Meaning that the race can easily further narrow and for the 1st time, Corey Stewart has a path to victory.

If you go to the National Republican Senatorial Committee website, you’ll clearly see that the NRSC does not acknowledge Corey Stewart as the GOP nominee.  The NRSC website also leaves several other Republican challengers off the site. This is clearly shameful and shows that the DC GOP Establishment is against an outsider like Corey.  If you have extra money, please donate to the Stewart campaign and contact your local GOP Committee and offer to work for Corey Stewart and the Congressional Candidate of your District.  www.coreystewart.com    The GOP Congressional candidates are as follows:

Nothing less than the future of the Constitutional Republic is at stake here.  Many liberal Democrats are on the record stating that they are running to impeach Donald Trump.  Tim Kaine and each member of the Democratic party running for Congress is on the record as being against the Trump tax cut, and the booming economy.    So let’s all support Donald Trump and volunteer and vote for Corey Stewart and the above Congressional candidates in November 2018.

For the methodology used in the poll, please visit https://mailchi.mp/d742aca54d43/poolhouse-and-cygnal-release-virginia-statewide-poll