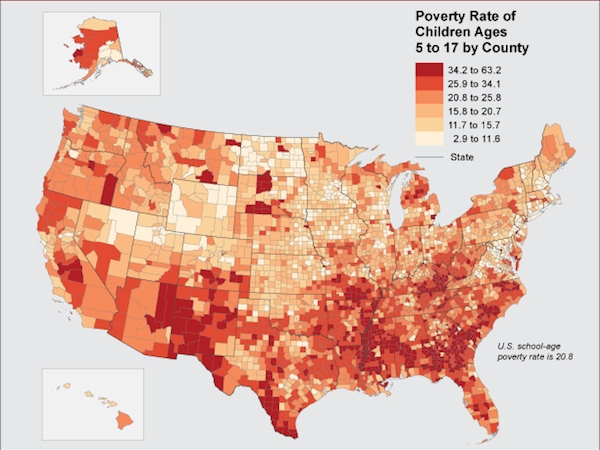 It’s one of the great certainties of modern history; wherever liberals, progressives, socialists, Marxists, and such, take over economies and governments, poverty and death – both physical and spiritual – settle like swamp gas.

Despite their historical record, the compulsion to employ these kindred political methodologies, organizational constructs and interpretations of dialectical materialism runs rampant in most of the world and has infected the educational and religious institutions like gangrene does an open wound.

They are ideologies detached from reason and emotionally obsessed with perfecting society through applied force, and when that inevitably fails, death.

Two extreme examples recently in the news in our own hemisphere would be Cuba, where the lunatic practitioners of these ideologies took one of the most prosperous, well feed and healthy societies in the Americas, and turned it into a third world hellhole and death camp. The other would be Venezuela, always a tortured nation with unfulfilled promise in spite of its immense resources. It has been run by strongmen and oligarchs until finally the radical socialist governments of Hugo Chavez followed by the current President, Nicolas Maduro, came to power. They have reduced a great nation to a daily search for toilet paper, baby food, bread and aspirin – literally.

Which brings us to former President Barrack Obama, the latest example of the inevitability of failure that is purchased when far left ideologues get their hands on a government and an economy  – and the enormous cost of that experiment, paid in the form of expanded poverty and dependency.

It is an amazing sleight of hand. The American left, its sycophants and active collaborators in the corporate media and Hollywood, supported by the near unanimity of radical leftists running the nation’s campuses, and cheered on by a large chunk of the religious community, “own” the public perception that they – and they alone – care about the poor, the hungry, the homeless and the oppressed.

Of course, nothing could be further from the truth. Modern leftists love the poor, the hungry and the oppressed the way a Bernie Madoff loved his investors; they are a means to an end, nothing more, nothing less.

Except for Mr. Obama’s most fanciful and delusional devotees, the evidence is simply irrefutable; the economy is in a shambles and that has been the driver creating increased poverty rates even though the media has largely ignored the phenomenon. (Now that we have a Republican President, you can bet the farm that it will be a new “poverty crisis” for the news media.)

The economy has been kept on life support by the printing of trillions of dollars created out of thin air and pumped into the financial system. But beneath the banks and capital markets the mirage of near zero interest rates have distorted and corrupted the productive economic use of capital and its potential for job creation.

The other fundamentals of the economy are summed up by the simple fact that the economy has grown at a feeble average of only about 1% percent a year during the Obama Presidency, and his parting gift to the nation was a 1.6% growth rate in 2016. The resulting unemployment and underemployment, deliberately camouflaged by revamped statistical gymnastics, are the direct result of that stunted economic growth.

However, increased poverty is the most depressing failure of the Obama years.

Every data point that expresses poverty was up in the Obama years. Food stamps are now at an all-time high of 50 million Americans. Housing subsidies, Temporary Assistance to Needy Families and a whole menu of federal assistance has expanded to record levels, as median incomes have shrunk. The official poverty rate has ranged from 13.5% to 14.5% during this time, or about 45 million citizens.

Childhood poverty – the percentage of children living in families below the poverty line – has been stuck at 20%, or one in five children, up from just over 15% in 2001. This increase, of course, follows the decades-long decline in median family income and the accelerated dependence on part-time work.

However, data points don’t capture the true cost of poverty. We are teaching new generations of children how to be dependent, not successful.

A 2014 Census Bureau study reported that 65 percent of American children were living in families that took at least one form of government assistance. This study also confirmed the widely reported statistic that children in a single parent household are three times more likely to be in a family at the poverty line or below. Sadly, those households seem to have become a stable family statistic for the last decade; 66% of African-American, 42% of Latino and 25% of non-Hispanic white children now live in single parent home.

As depressing as the rise of poverty is, it also holds an amazing opportunity for the Trump Administration to teach a new generation that nothing solves poverty like a job.

President Trump made a major campaign commitment to America’s inner cities and to the rust belt states to bring jobs and opportunity back to the U.S.

Clearly, the President’s proposed tax plan is the engine that will drive any economic renewal. Dropping the highest corporate tax rate in the industrialized world and incentivizing U.S. based companies to bring over two trillion foreign-earned dollars held outside of the U.S. back on shore, would have an immediate and huge psychological effect on the economy, while reduced personal taxes and shutting down Obamacare would be icing on the cake.

(Perhaps dropping the taxes to zero on repatriated funds from foreign banks that are invested directly into targeted areas of high unemployment would be the quickest way to achieve immediate results?)

In addition, the promise of relief from the regulatory madness that has papered over the nation’s businesses in the last eight years has already had an impact on business attitudes and their willingness to invest in new U.S. assets.

But economic activity is only one part of reducing poverty and creating opportunity. The family unit, the foundation of any successful culture has been under withering attack by the radical left, the corporate media and the entertainment industry for two generations. The concept of marriage and family is now more often mocked than elevated.

The declining state of marriage, the state sponsored removal of husbands from the home in the original Great Society programs that set a new “normal,” and incentivizing out of wedlock birth are critically important precursors of poverty.

There is no magic wand that can turn back these disastrous social trends. In the new tone of the Trump era, perhaps more and more of our traditional institutions and pubic leaders can find the backbone to fight the culture head on and discuss some of the enormous damage being done by the Hollywood- TV network complex and its consistently negative portrayal of both the family and marriage.

Donald J. Trump has fired a shot that hit a vital organ of political correctness and the intimidating media culture is going to fight like a wounded animal.

He has shown us how to fight back. Now it is up to the rest of us.

We who know the rural 5th District are shocked at your denial of the gross widespread poverty that we see and know first hand.

And your map shows it! Further, go see the Virginia map at County Health Rankings! Rural 5th District people GET SICK MORE, STAY SICKER LONGER, and DIE SOONER that the ‘average’ Virginian! THAT IS POVERTY!

How could you be so shamefully ignorant of so many of your fellow Virginians and such vast swaths of Virginia counties and towns?! You should be ashamed. Go spank yourself and wash out your mouth with Ivory soap!

Representative Hurt did nothing significant in his many years in Congress to bring significant numbers of well paying jobs, with benefits and career ladders of advancement, sufficient to support a family, to the District!

We are awaiting them from the new Rep, Garrett! He has a chance to show that he is not just a big mouth (like all the other big mouths!).

What a surprise, there isn’t any poverty in NOVA.

Ultimately that’s why I’m a conservative, because I never thought that the Leftist focus on things happening outside of themselves was a recipe for success.

For all the Left’s charges of selfishness, etc, focusing on your own capabilities, skills, motivations, etc, is really the only reliable, repeatable way to get ahead and make something of your life.

Quotes that come to mind – Nothing is ever accomplished in committee. The serenity to accept the things I cannot change, the courage to change the things I can, and the wisdom to know the difference. God helps those who help themselves. Etc.

Inside every conservative is someone who believes in individualism, someone who secretly believes that their life is a story like “Rocky”, where they face the world and overcome obstacles arrayed against them to find success through their own power.

And that’s really the biggest complaint that conservatives have against Leftists, that in their focus on external forces, evil oppressors, corporations, the “Patriarchy”, and the myriad other boogeymen they blame for failure, that they give away their own innate God given power to affect change in their own lives.

That’s why conservatives focus so much on personal responsibility, practicality, individual excellence, etc, because those are the things a person has at least some control over.

You may not be able to change what a big corporation does, or an oil company, or another country, or “the economy”, or whatever, but if it all goes to hell and you lose everything, you can sure as hell get up, shave, put on a shirt, and figure out a way to make today better than yesterday, and tomorrow better still.