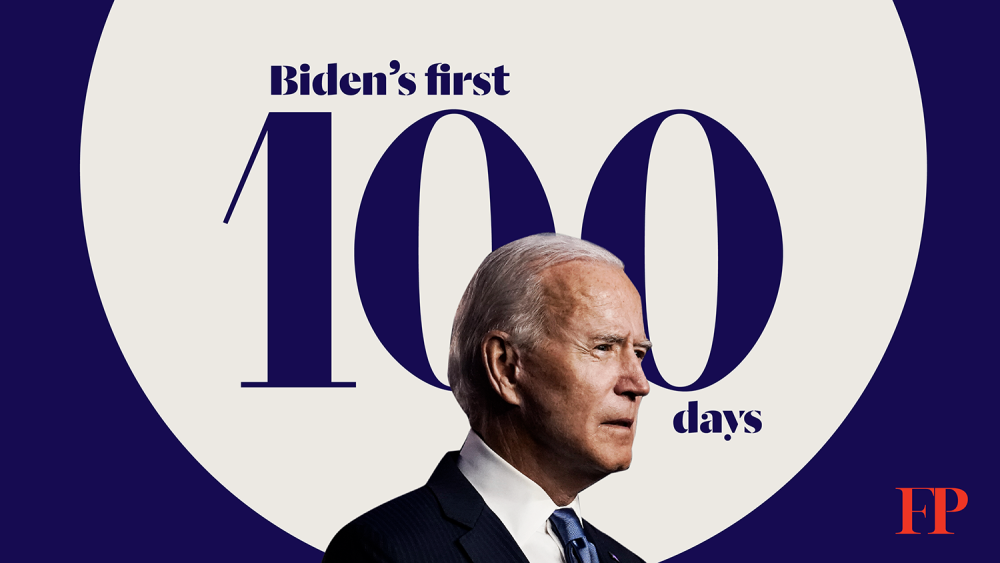 President Biden’s First 100 Days – Will this be his Legacy?

President Biden recently completed his first 100 days in office as our newly installed Commander-in-Chief. Presidential scholars and historians view a new President’s first 100 days in office as a time that will more than likely set the tone for the remainder of their presidency. With that in mind let us take a look at what President Biden has accomplished during these critical 100 days.

While promising to unite and “heal” the county both on the campaign trail and during his inauguration, President Biden has continued to divide our nation and alienate those who do not embrace the progressive views of the Democratic Party. While promising to be a bi-partisan Chief Executive he has clearly proven to be opposite through the extensive use of Executive Orders without an effort to garner support or establish a common base of support.

From day one it was apparent that he or his handlers aim was to dismantle every policy of the previous administration regardless of the consequences. Two of the most flagrant examples are his reversal of President  Trump’s policy on immigration and energy.

Through promises of amnesty and open borders, the Biden Administration has created an out-of-control surge of illegal immigrants and drugs along the U.S.-Mexico border. According to Customs and Border Protection, there has been more than a 400 percent increase in the number of migrants apprehended in March 2021 compared to March 2020, and there has been a 233 percent increase in fentanyl seizures at the border.

President Biden refuses to take responsibility for his actions, and Vice President Harris, who has been tasked with handling this crisis, has yet to visit the southern border. This crisis is only getting worse, and with nearly 520,000 migrants having already crossed the border since January, we are on track to hit more than 2 million illegal crossings by the end of this fiscal year.

Rather than continue proven Trump-era policies that had our Nation on track toward energy independence and allowed the U.S. to export more crude and petroleum products than we imported for the first time since 1991, the Biden Administration launched an all-out assault on this country’s energy industry through executive orders. Among his first major acts, President Biden canceled the Keystone XL Pipeline, rejoined the Paris Climate Agreement, and suspended new oil and gas leasing on federal land. These moves made it clear that he plans to prioritize a Green New Deal Agenda rather than working to secure America’s energy independence and ensure our national security. These actions are a threat to millions of American jobs and our national security.

President Biden may talk about unity and bipartisanship: however, his first 100 days have been marked by neither. His misguided policy proposals if implemented will fundamentally change the role government plays in our  lives from cradle to grave. As Lincoln stated, “In all that the people can individually do for themselves, government ought not to interfere.”

President Biden’s First 100 Days – Will this be his Legacy? was last modified: May 2nd, 2021 by James Poplar