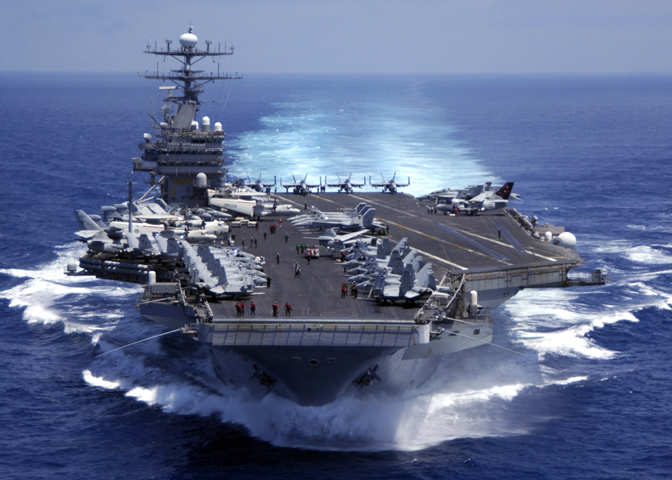 The United States couldn’t have chosen a worse time to embrace protectionist attitudes. Global instability is an inevitable reality, better managed than ignored. One of the most historically effective ways of managing instability is with free trade agreements.

Removing trade barriers in East Asia is, without a doubt, one of the preeminent priorities for the United States. Imports and Exports in the Asia-Pacific region are essential to peace in the region (especially for Japan, China, Taiwan, and South Korea, who would crumble into chaos without them), as well as to continued economic prosperity in the United States. With Persia, the Middle East, North Africa, and the Russian Federation in flux, the United States needs to shore up its maritime alliances through trade and security.

Chinese President Xi Jinping has already signaled a commitment to opening the Chinese economy to market forces, creating the potential for investment and a larger Chinese market for foreign goods. The United States is currently the second largest supplier of Chinese imports. Lower trade barriers with China can only benefit hi-tech American manufacturers (especially with regard to medical technology and machinery components).

American naval oversight of the world’s entire sea-borne supply chain ensures that East-Asian and Western-European trade will remain secure, regardless of instability in Central Asia or the Middle East. So while I think the Trump Administration’s intention to rebuild the American Navy is brilliant (if not utterly necessary), we should be strengthening trade deals with our European and Asian partners whose trade our Navy protects.

If history has taught us anything, it is that the last fifty years are a poor predictor for what the world will look like over the next fifty years. The United States must retain unrivaled control over the world’s oceans and seas. We must establish open diplomatic, economic, and political relationships with every industrialized nation with access to those oceans and seas. We must promote healthy diplomatic, economic, and political relationships between those maritime and littoral industrialized nations (including Turkey). If we accomplish these three objectives, then the United States will enjoy national, political, and economic security for decades and centuries to come.

This means that the Trump Administration needs to get to work on securing an effective Transpacific trade deal as soon as possible.  The goal of any “Transpacific-Partnership” ought to be the reduction of tariffs and trade barriers, increased access to markets, and monetary policies that encourage, if not stimulate, investment.

Threats of protectionism against China will push China toward protecting its regional interests militarily. It’s not a trade war with China that will result from tariffs. It’s a naval and aerial war. The United States has already sent the USS Carl Vinson to the South China Sea.

The large scale production of the Y-20 is a significant achievement of China’s state owned aviation industry, and forecasts China’s growing desire for a robust strategic airlift capability. Not only can the Y-20 transport a large amount of cargo or troops over a great distance, but it can even transport main battle tanks and other armored vehicles. –Global Research.

American naval weakness will invite other naval powers to protect their supply lines throughout the world. Clearly, President Trump understands this and is looking to ensure that no such weakness exists.

However, it’s the second part of our strategy that Trump doesn’t seem to understand. Yes, the U.S. Navy secures critical trade infrastructure; but so do free-trade agreements. Pandering to low-tech manufacturing workers may have helped get Donald Trump elected, but in practice, it will only hurt long-term US economic interests, as well as creating instability in East-Asia.

We need to face the facts. The United States is becoming a hi-tech industrial powerhouse. We need to invest our economic and educational attention there, in our future, and not in America’s past.