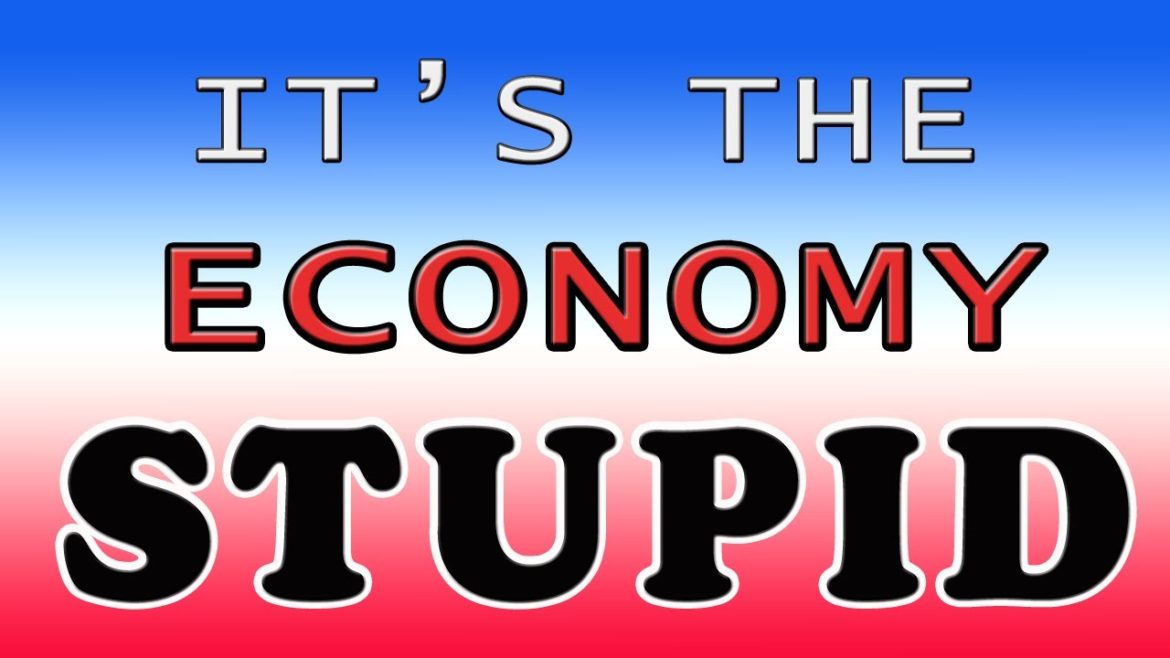 There used to be an expression in the financial sector called the “Goldilocks economy”, not too hot and not too cold, just right. I think we are at a Goldilocks moment right now, even though the Democrats and the media will never admit it.

Have you seen the latest jobs report showing more jobs available than people to fill them? What about the Federal Reserve predicting 4.8% growth in the economy, huge news! We have a generational low for unemployment and a record low for black unemployment. A historic moment for sure!

While Goldilocks economy has a nice ring to it, Goldilocks is not real. Donald Trump is real and it’s about time we started calling it the Trump economy. Tax cuts and deregulation have led the way for a truly transformational moment in our nation’s stability and overall economic health.

If you believe that the United States would be anywhere close to this well off with Hillary Clinton as president and Nancy Pelosi as speaker of the House, you would be camped out on the shores of de Nile (denial, for those of you from Rio Linda).

In that camp, you will find the mainstream American media as they work night and day to distract you from the undeniable fact that an American Spring is underway, and that Donald Trump ushered it in. They will throw distraction after distraction across the headlines to feed the deranged “Resist” movement and try to recruit new victims.

Those infected will stop at nothing, and I mean nothing, to keep you from voting in your best interest in the fall elections. They will swear that the Republicans are tearing illegal alien children from their mothers’ breasts and throwing them into concentration camps. You will hear the terms racist and fascist and misogynist more in the next four months than in your entire life up to now. And they will be the shrill lies of the desperate.

Do not let yourself be distracted by the liberal octopi’s sleights of eight hands. The winning strategy in November for Republicans is the economy and the fattening family wallet. We cannot let ourselves be pulled off message—not by immigration, not by trade, and not by feckless special counsel investigations.

The left is banking on a “blue wave” of anti-Trump feelings propelling them back into power. The President and the Republicans, with their success on the economy, are chipping away at their dreams. If Corey Stewart stays focused on Tim Kaine obstructing this economic progress in Virginia’s economy, he has a chance.

If Barbara Comstock can refocus herself on her constituents’ needs and the horror they would face being represented by Ms. Wexton, a Nancy Pelosi clone, then Virginia-10 can stay in the hands of the Virginia voters rather than the DNC.

Virginia does not have to complete its transition to the dark side, dark blue. We can turn back. The gift of the Goldilocks economy from the President can be enough if Republicans will grab his coattails and hold on. We can create our own “red wave” this fall, and it will last for a generation.

Goldilocks Trump continues to alienate people who think that it’s possible to govern effectively without being a boastful loudmouth with credibility problems. His heavy-handed and confusing trade negotiations have created turmoil among industries, allies, and the stock market. He is not helping the mid terms.