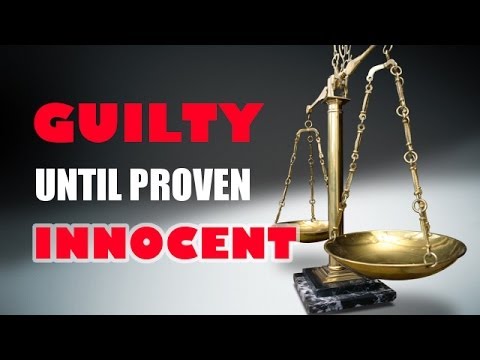 Earlier today, Justice Kavanaugh’s fate was finally sealed with his confirmation vote and swearing in as our 114th Supreme Court Justice. The pinnacle of any legal career. The FBI reinvestigated the various decades-old allegations and presented its findings for the Senate Judiciary Committee, and maybe more importantly, the court of public opinion, to judge.

For two weeks he was treated harshly, with many willing to forgo due process and the presumption of innocence in favor of social media mob rule and activist juries. This may be the tipping point of the #MeToo moment that some of its supporters were afraid of.

As many conservatives, like myself, have said, the allegations against Kavanaugh were serious and should have been investigated to their natural conclusions. They were.  But the political left’s sudden disdain to a long-standing pillar of democracy is culturally corrosive and will jeopardize the credibility of #MeToo for a long time to come.

Over the past week or so, I’ve watched countless news panels where someone opposing Kavanaugh’s Supreme Court confirmation says straight-faced and earnestly that because of the seriousness of the charges, Kavanaugh does not “deserve” the presumption of innocence.

New York Sen. Chuck Schumer, an actual lawmaker, was just as blunt: “There’s no presumption of innocence or guilt when you have a nominee before you.” I believe he took the same oath as everyone else in government to uphold the constitution, yet he rejected its principles in favor of politics.

Hawaii Sen. Mazie Hirono said Kavanaugh doesn’t deserve the presumption of innocence because, “Look, we’re not in a court of law, we’re actually in a court of credibility at this point.” She also favors mob rule over the principles of presumed innocence.

These arguments are politically convenient, but also fallacious and extremely dangerous to our unique constitutionally protected legal system.

Democrats should not have to be reminded that the presumption of innocence is considered by most to be a basic human right. Just ask the United Nations. In Article 11 of the 1948 Universal Declaration of Human Rights: “Everyone charged with an offense has the right to be presumed innocent.”

And let’s expound on the idea that the presumption of innocence applies only to court proceedings, in which your liberty itself is at stake. It doesn’t.

There’s a reason why, when people are accused of crimes, the news media refer to the claims as “alleged.” It’s because that in a civil society, we’ve had a longstanding norm that one person pointing the finger isn’t enough to smear another person with a deleterious label for the rest of his or her life.

Even in the most liberal news organization, the frequent invocation of the word “allegedly” before conviction in criminal cases is a reminder of our great American tradition that all criminal accusations against a person, from the most obviously true to the most speculative, must be proven in a court of law before they’re presumed to be true.

The Supreme Court ruled on this in 2017 in Nelson vs. Colorado, with a 7-1 decision striking down a law that forced people to prove their own innocence to recover funds paid as a result of a criminal conviction. Robert Everett Johnson, an attorney at the Institute for Justice, wrote “Today’s decision upholds the fundamental principle that Americans are entitled to be presumed innocent until proven otherwise. The Court expressly rejected Colorado’s argument that the ‘presumption of innocence applies only at criminal trials.'”

The presumption of guilt had reared its ugly head in America before, when it led to some considerably dark times in this country, including the persecution of Jews, the Irish, Italians and other ethnic minorities at one time or another, and not just in courts of law but “courts of credibility.”

The assumption of guilt in the public court of opinion propelled McCarthyism, black-lists and Japanese internment camps. Not our finest hours.

In just the past decade, Democrats aggressively argued that the 2010 Arizona law known as SB 1070, requiring immigrants to possess identification at all times, was inherently a presumption of guilt.

The about-face from liberal activists is unfortunate. American culture is finally becoming less and less tolerant of #Metoo incidents. It is something that must be championed by liberals and conservatives alike. For #Metoo to prosper, it cannot be hijacked by liberal activists with a political ax to grind.

If #Metoo and #Believewomen movements come at the expense of basic human rights and the long-held legal principles and democratic ideals we all used to agree on, we will all be the worse off for it.

In the meantime, ironically, Justice Kavanaugh will be working every day to preserve the concept of presumption of innocence for all of us on the US Supreme Court.