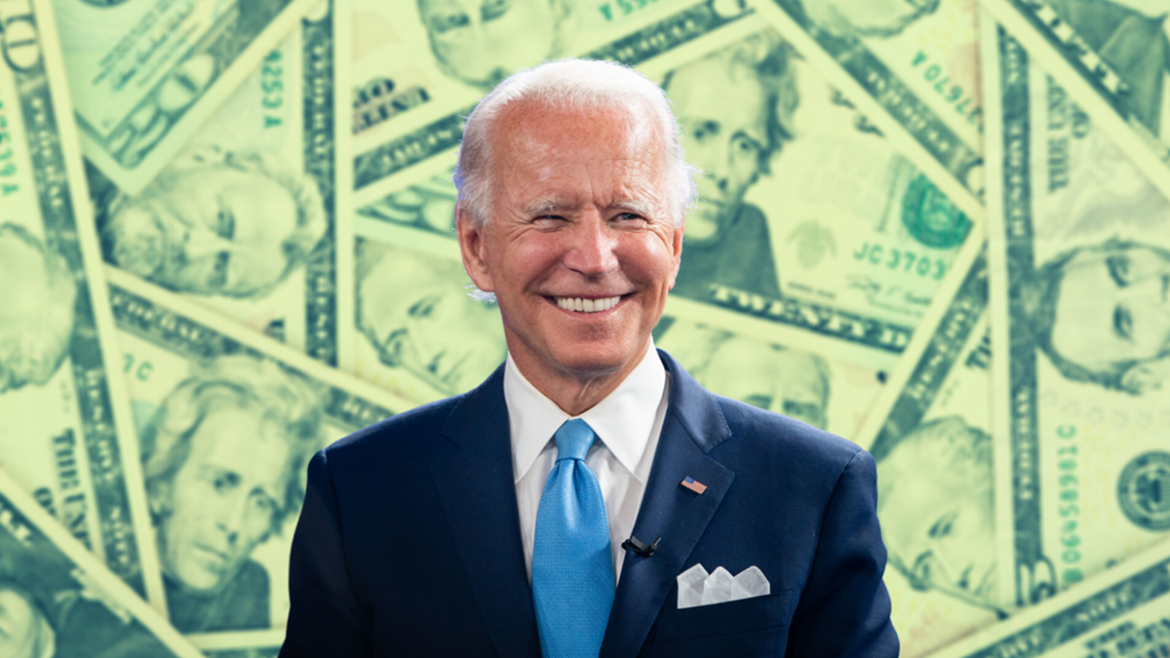 Republican opposition to the Democrats’ proposed $3.5 trillion reconciliation package on the grounds that it is fiscally irresponsible is easily understandable.  With a huge existing federal debt (currently more than $20 trillion and growing) and the dismal track record of Congress not providing adequate funding for an ever-expanding list of federal programs and entitlements, a call for fiscal responsibility is warranted.  Since the Biden Administration and its Democrat supporters incredibly insist the proposed $3.5 trillion reconciliation package would cost “zero dollars,” Americans have little reason to expect any semblance of fiscal responsibility from the Biden Administration or Congressional Democrats in the foreseeable future.

Strong criticism of the fiscal irresponsibility of the proposed Democrat reconciliation package is warranted.  But, Republicans need to avoid focusing just on the absurd price tag.  Republicans should not leave themselves vulnerable to Democrats keeping many objectionable provisions intact and just lowering the ostensible price tag as a tactical ploy to get their massive wish-list enacted into law by abusing the reconciliation process.

It would only be a “Pyrrhic victory” if Congressional Republicans obtain a lower price tag without strenuously challenging the Democrats’ abuse the reconciliation process to enact objectionable provisions that are really substantive and not budgetary in nature.  No legislation being enacted would be better than enactment of “affordable” bad legislation.  America does not need “affordable” bad laws.

Given the abysmal track record of massive bills negotiated behind closed doors and presented at the last minute so that Members of Congress do not have the time to read or understand the proposed legislation before voting, what other objectionable provisions will be included in the Democrats’s proposed reconciliation package at the last minute?

It makes a mockery of representative democracy to reduce our elected representatives to passive rubber stamps for political deals made by a relatively small group of people behind closed doors without any meaningful transparency.  And, it encourages the cynical and manipulative use of “comprehensive” omnibus legislation to obscure and camouflage policies and practices that would be unlikely to be enacted into law if considered on their own merits.

Such a practice is wrong and contrary to the basic principles of representative democracy. There is no excuse or justification for giving our Congressional representatives and the American people “the bum’s rush” instead of a meaningful opportunity to know and evaluate what exactly is contained in proposed legislation.  “Hurry up, don’t read the legislation, don’t think about the details, just trust me and vote for it” is the kind of flim-flam technique that can be expected from a confidence man or a huckster, but it is not appropriate for our Congressional representatives.  It is not an appropriate solution to legislative disagreement.  It is a travesty that reflects a serious corruption of the legislative process in Congress.  It is an insult to Americans and undermines their right to have meaningful representative democracy.

Americans need to look beyond the legislative price tag and educate themselves about what is buried in the Democrats’ $3.5 trillion massive reconciliation proposal (or any abbreviated version of it offered later).  Americans need to tell their Senators and Representatives that principles and substance are more important than just the ostensible price tag.  People need to demand that their Senators and Representatives do their job and read, understand, and deliberate on proposed legislation, and not let themselves be manipulated into voting blindly to rubber-stamp massive legislation presented at the last minute.

Virginia Tech. in an effort to quiet the students from chanting
Buck Joe Fiden the University is limiting the number of tickets to the student lottery.
So in place of the chant a more welcoming one is needed.

Well Mr Author… one of the scams in this massive bill was a path to legalization for ILLEGAL ALIENS… it got canned for it was even too absurd to allow an immigration provision to be enacted by reconciliation..
The Democrats and their puppet masters are incredible. But good luck to future generations as they shove their world onto you..
Get the vax or lose your job…

FoxNews poll released tonight. McAuliffe up by 5 (LV). Outside margin of error.

Whoopee Eric! Terry McClintonRat is going to win… geez you bastards who suck off the federal tit are taking him to victory. Y’all will get some more stimmy money buddy… the rest of the state won’t see a penny of it, but Daddy needs a new pool for the McMansion right? Great Eric… Terry Rat will keep y;all in federal money that will bankrupt the country soon enough…
Lets Go Brandon and the same to Brandon’s and Terry Rat’s supporters…

Absolutely worthwhile legislation that will do a lot of good things. Long overdue

Hear Hear Johnny! As an anarchist I can’t agree more. With the likely 3 4 5 6 trillion to infinity cost of this boondoggle it will drive this idiot country to the ultimate collapse that we Anarchists are hoping for. We will just sit back and let you guys create the debt crisis that will blow the roof off this mother!!! Go DemoSocialistBIGGOV Go!! We were thinking you would sink this ship with your spending in about twelve years, but we can move up the timetable. now.
Add in your insistence on eliminating oil in the midst of the worst supply chain problems possible… well Johnny… you guys are the best.
You are bringing the sh.t to the fan as fast as you can. Kudos to the Crash Test Dummy in the WH and the corrupt POS Pelosi who just can’t be beat for advancing the cause of anarchism…
Love,
The National Association of Anarchists…

It is the anarchist&socialist society, aka democrats.???