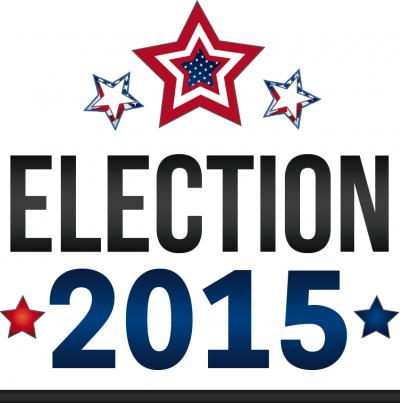 Now that the filing deadline has passed for Virginia candidates to qualify for the June 9 primary ballot, here are my infamous morning-line odds on key intra-party races. As you know, I’m always right…[read_more]

These are not predictions (those will come June 5) but merely my analysis on where the races stand right now.

My legendary, world renowned and highly coveted political morning line odds-making is based on hearsay, unconfirmed rumors, conspiracy theory innuendo, personal insight, inside baseball moles who feed me “off the record” scoops, pure instinct and my secret sauce.

It all adds up to a nearly flawless track record. Sort of like Vegas.

Here is how it works: for multiple candidates in a race (more than two) we use a money line. In races where we have only two candidates running we use a point spread system based on the vote total percentage points the favorite is expected to win by as of this writing.

This race, while infatuating the Washington Post and proving the most interesting for its national political implications, is not close as of this writing.

Current House Speaker Bill Howell has pulled ahead significantly in the District, and the walls are closing in on challenger Susan Stimpson.

While both camps have marshaled ample volunteers and will continue to personally canvass Stafford and Fredericksburg voters, Howell has not shown the vulnerability on a personal level the Stimpson camp was banking on. The similarities of Howell to Eric Cantor simply have not taken root in the district.

Howell has been visible and active for years and is not viewed by his constituents as aloof and arrogant, which partly cooked Cantor’s goose.

Plus Howell has one major advantage: his longtime wife, Cessie.

Cessie Howell has been omnipotent in the community and she is very well liked. She’s like the Shirley Forbes of Virginia CD-4.

Stimpson has matured considerably as a candidate since her last campaign for Lt. Governor, which ended with the former Stafford County supervisor jumping up and down on a chair at the Richmond nominating convention.

She has a solid team in consultant Tim Edson and new young gun campaign manager Rollin Reisinger. Plus her key staff has gained a sense of humor – which was sorely missing during her starch-stiff and “circle the wagons-they’re out to get us” mantra mindset in 2013. That was tiresome. And boring.

Stimpson will be outspent in the race by a huge margin, but her campaign will raise enough money to be competitive. And to coin the famous line from Virginia Beach city councilman John Moss: “checks vote once.”

Can Stimpson win? Sure. Will she win? Not likely.

Right now she’s down big – and her campaign is looking more and more like a candidacy in search of a purpose. They’ll need to find something more than PAC contributions to upend the Bill and Cessie machine.

Wow. You can roll the dice on this one. 35 percent wins.

Janis is the chalk – but not by much. He’s got an edge in district name I.D., he’s well-funded, and he’s a workaholic. Plus he’s got top-notch consultant Chris LaCivita on board. Voters know Janis: he served part of the district in the House of Delegates and ran for Commonwealth Attorney. So he’s got juice.

He’s also got enemies. And the rule of thumb in primaries is that one enemy equals ten supporters. That’s his Achilles heel. Front runners always have one.

This young fellow has come from nowhere to circle the field and close in on the leaders. A Newt Gingrich productions senior staff member, Haley has managed to cobble together support among disparate conservative groups to exclusively grab the Tea Party mantle. He’s coming off a huge fundraiser with Gingrich and he’s shown he can raise money. We’re told he’s knocking on doors seven days a week. In a four way primary battle, that’s golden.

Plus Haley has a big idea: abolish the state income tax. Might play well in a divided primary. He’s closing fast.

Part of the Stolle-Dynasty from Tidewater, Dr. Dunnavant grew up around politics and learned it well from three of her brothers who all hold elective office: Ken, Chris and Collin.

Her maiden appearance on my radio show was stunningly stellar for a first time candidate. That bodes well for someone just out of the gate.

Dunnavant has an impressive resume and she is the only female in the field. What’s that worth? Hard to say, but it’s in her favor.

She’ll be attacked for her ties to groups that funded Medicaid expansion efforts in Virginia, which have the potential to put her on the defensive in a crowded field. But something tells me she’ll be very well funded and she’s likely inherited the family political discipline and savvy to stay on message point. She’s right there at the finish.

Eddie from Henrico, that’s who.

And GOP’ers say this is a Henrico seat.

Plus Eddie Whitlock is a real nice guy.

Count Whitlock out at your own peril. He’s the Henrico sleeper.

This is anyone’s race. Gaffes will play a factor. And door knockers.

This is a primary for the Republican nomination for the Virginia Beach based seat of the retiring Jeff McWaters.

Bill DeSteph, a former Virginia Beach city council member who got elected to the House of Delegates in 2013 is the early favorite to succeed McWaters.

DeSteph, a veteran, is very wealthy – he founded and sold a defense based contracting business after two decades in the Navy.

He’s incredibly disciplined and his campaigns epitomize the connotation of a well-oiled machine.

DeSteph was allegedly anointed for this seat in a back room deal that involved McWaters, U.S. Rep. Scott Rigell (R-Virginia Beach) and longtime Rigell consultant Jason Mirayes, who is now the official GOP nominee to replace DeSteph as Delegate in district 82.

Second Congressional District Chairman Curtis Colgate, who has eyed the beach based senate seat for some time, was reportedly cut out of the deal. Again.

While this may seem squirrely on the outside, it makes DeSteph a prohibitive favorite going in. Plus he’s like the energizer bunny on steroids. He never stops working.

Craig Hudgens will attempt to derail the DeSteph juggernaut with the help of the local Tea Party factions. He’s signed up well-known local Tea Partiers to his campaign team, including Steve Waters, Waverly Woods and Gary Byler.

Will it be enough? Who knows – one thing is for sure: Hudgens’ voters will turn out at nearly a 90 percent clip. But are there enough of them?

Hudgens, an airline pilot with deep family ties to the community, has a faint light at the end of a very long and dark tunnel.

Something dramatic has to happen to derail DeSteph’s quick rise up the GOP ranks.

This line is likely to go to minus 15 if Hudgens can’t raise money.

Veteran lawmaker Steve Martin, a solid conservative has taken nothing for granted in this race. He’s worked hard and taken his challengers seriously from day one. This attitude bodes well. His campaign manager, young Alec Thomas, is an up and comer.

Martin has engaged his District for months and is not leaving a stone unturned.

His primary campaign is a model for a long-time incumbent not taking his tenure for granted.

It’s the Kirk Cox school of campaign management: talk to your voters via door knocking at least once per week –every week of your term. It’s deadly – and effective. It’s grass roots campaigning: Kirk Cox style.

Martin is on track to win in a landslide.

She has a lot of signs up. She cares about her issues. She’s a mom.

Chase will need a big woman’s vote to make it competitive.

But no money and no message equates to not enough votes.

We’ll let the courts settle this one and get back to you. Senator Emmett Hanger has a huge cash advantage over two relatively unknown and under financed contenders…but if the courts mandate a district convention in lieu of a primary…all the tea in China won’t buy Hanger another term.

Just when you thought it was safe to go outside…

How in the world can Joe Morrissey, with all his problems, be the morning line favorite over incumbent Senator Rosalyn Dance, Delegate Joe Preston and school board member Derik Jones, son of Richmond mayor Dwight Jones in a district he just moved into last week?

Here’s how: Morrissey has tapped into the main vein of a disconnected and disenfranchised working class electorate who legitimately identify with him. Not for his wrongdoing- this is what the pundits and professionals can’t grasp – but for his ability to stand up and fight back against society’s power brokers.

Joe Morrissey – for some – is a dealer in hope.

He has morphed into a legitimate voice for the voiceless.

The more the major political parties try to ostracize him, the more popular he becomes. They have created Morrissey the symbol. Unless that collapses, he defies the political drive-by class and romps again. They don’t get it.

Plus he’ll pick up libertarian oriented Republican voters with nothing better to do on June 9 then to “stick it to the man.”

Dance, the incumbent, is a very effective state senator. She votes her conscious and sometimes sides with Republicans. On paper she should keep her coalition together and win re-nomination.

In a head to head with Morrissey, she likely romps.

Dance deserves a better fate, and she’ll have to really turn out her base to overcome the natural forces working against her.

A very attractive candidate – he’ll instantly inherit his father’s formidable Richmond political machine. The Jones family got into this race late because they think they can win. That’s good enough for me–and good enough to make Jones third choice on the board. Don’t count him out.

A long-shot, Delegate Preston seems odd man out in the early stages of this race. But he likely has a bazooka up his sleeve so we’ll wait and see.

Somebody is going to win this race with 34 percent.

Morrissey knows this all too well.