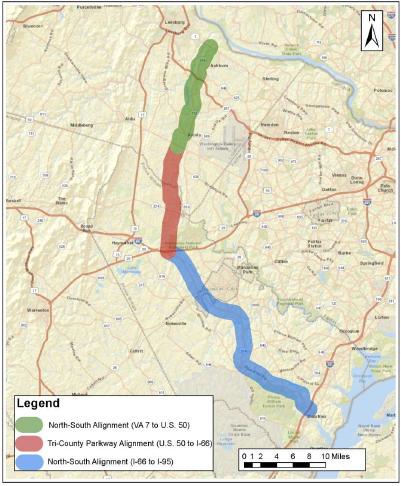 After years of debate over the bi-county parkway connecting Prince William and Loudoun County Corey Stewart announced yesterday that the project is ‘effectively dead’. [read_more] Stewart made this announcement after he learned that Virginia Department of Transportation would not be pursuing the environmental approvals necessary to build the $400 million road.  Stewart received the information in a letter to the board of supervisors. The Virginia Secretary of Transportation said the plans have not been shelved. Stewart responded,

“It is true that if the localities got together . . . maybe it could be funded,” Stewart said. “But that would eviscerate funding for all other regional projects.

Later today Delegate Tim Hugo and Senator Dick Black are scheduled to hold a press conference and announce a ‘major roadblock’ to construction of the 10 mile bi-county highway. (I’m guessing that roadblock would be democrats. They don’t like roads. They would prefer we all sit in traffic.)

More here, here, and here.  Update on the story here.