Town of Occoquan Manager Claudia Cruise stated that Mr. Porta was verbally abusive toward her:

“Earnie’s temper flared notably in 2012 when I made suggestions as to how the public notice of the budget was to appear in the newspaper. He told me I was wrong, but when I gave him examples, he screamed at the top of his lungs, while repeatedly jabbing his finger toward me.”

During his employment at Georgetown University, Porta was found guilty of gender discrimination, the retaliatory dismissal of a whistleblower, and the creation of a “sexually hostile work environment” that resulted in a jury award of $90,000 in compensatory damages and punitive damages of $1,000,000. Mr. Porta had previously tried to deflect these charges by implying that Georgetown University was sued and he was a named as a party for reasons unrelated to the abuse.

A review of the complaint (embedded in full below) reveals that the allegations were leveled at Mr. Porta personally and not merely because he held some official position with the University. In November of 1991, Porta was hired as an assistant to the controller at Georgetown.   Shortly thereafter, Mr. Porta was accused by the Plaintiff, Monica Estes, of making inappropriate sexual comments to female work-study students. Complaint ¶19. During a business trip to Boston, Mr. Porta punched Ms. Estes in the arm in the presence of a banking representative. Complaint ¶44.   These are just two of the many allegations against Mr. Porta contained in the complaint. 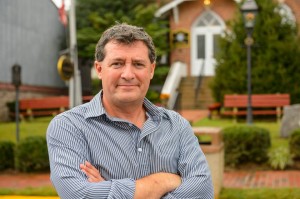 The attendees of the press conference have asked for Mr. Porta to drop out of the race for Occoquan supervisor or, at the very least, offer an explanation that comports with the facts, namely that he was not a mere bystander in the civil suit brought against him.

The full complaint is below:

I have always been confused regarding why and how the very specific rules and regulations that are clearly posited in the commercial HR function, which every major business or corporation has in place, regarding both the hiring review process and workplace activity monitoring, seems to be so hit and miss in the political and non corporate sectors. I recall that every week when we held our corporate executive committee meetings one reporting function was the corporate HR manager’s summary status sheet regarding workplace actions and events. We had specific reporting requirements to satisfy EEO monitoring and enforcement law under the US Dept of Labor’s Civil Rights Center and the Office of Federal Contract Compliance Programs. Employees regardless of position who were non compliant with these policies were identified and remedial actions were taken up to and including termination, with associated reporting required to the EEO. It appears to me that outside of the corporate environment these processual programs are very hit and miss, the bad apples are just passed on or move from one quasi public environment to the next with little chance their behavior audit trail will follow or impact them In the political and association environments it seems there is generally not even the semblance of any vetting undertaken to identify potential individuals that repeatedly engage it this type of behavior. Why would this be the case or am I simply mistaken given my relative lack of experience in these non corporate sectors?