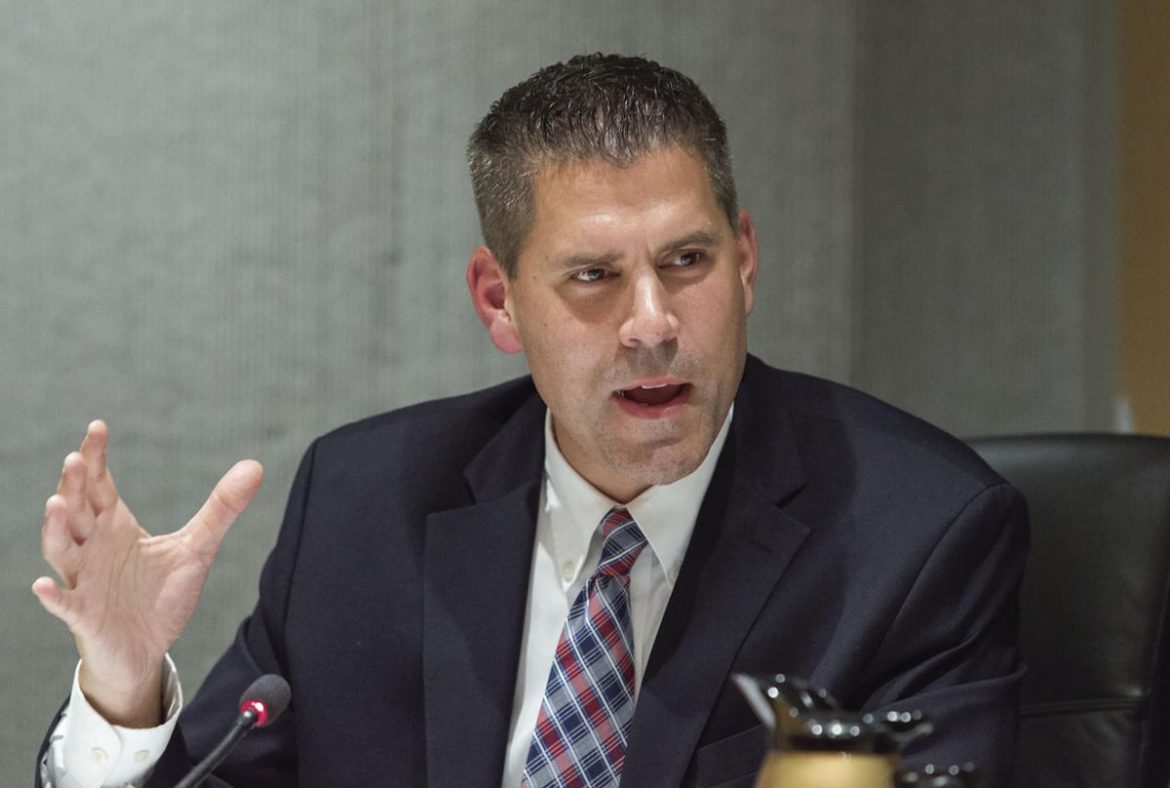 First comes bias training, then comes anti-bias enforcement. Can the thought police be far behind?

In Prince William County last week, three Republican members of the Board of Supervisors walked out of a presentation, “Raising Awareness of Unconscious Bias to Foster Inclusivity and Equity,” at a joint meeting of the supervisors and county school board.

Supervisor Pete Candland said he found “insulting” a presentation that insinuated that board members held racial biases. Furthermore, he said the issue was a distraction from the pressing issue of how best to educate children during the COVID-19 epidemic. “During this critical time of the global pandemic, kids having issues at home, concerns about funding our schools moving forward, they decided to take this time to talk about Implicit Bias The architects of these practices have gotten away with them so far because no one wants to be considered a racist.”

“I felt that it was important to walk out and not just sit there, because I refuse to legitimize this notion that we are all somehow racist,” concurred Supervisor , Yesli Vega reported by Bristow Beat.

School Board member Loree Williams presented the anti-bias presentation as benign. “Learning about how you make decisions — the internal patterns, thoughts and perceptions and how you view the world — it absolutely affects the decisions you will make.”

But Maggie Hansford, president of the Prince William Education Association, responded more forcefully: “In a grotesque representation of privilege, Pete Candland sent an open letter to all constituents demanding accountability for tax dollars spent … on ‘hyper-progressive’ issues such as race and diversity. … Openly writing a letter to the community refusing to educate yourself or allocate tax dollars to racial injustice is a direct side effect of white privilege.”

Meanwhile in Richmond, Virginia Commonwealth University is moving beyond mere anti-bias training. The university is setting up an anti-bias bureaucracy and enforcement apparatus.

In a letter addressed to the VCU community, Aashir Nasim, vice president of institutional equity, effectiveness and success, described how the university is rolling out two new programs in addition to the ones it already has:

Additionally, VCU’s “Bias Response Team” will change its name to the “Campus Inclusion Resource Team” (CIRT), which will have as a first order of business developing a “Bias-Related Incidents” policy, “which will include definitions for bias and hate crimes and mechanisms for addressing bias-related incidents.”

Bacon’s bottom line: Few would disagree that we all should be aware of our unconscious biases and strive to treat all individuals without regard to their race or ethnicity. The problem is that anti-bias “training,” is increasingly permeated with the rhetoric of Critical Race Theory, has become a mechanism for indoctrinating people with a leftist critique of society that presumes white racism and white privilege.

Not only is anti-bias “training” drifting leftward ideologically, its tenets are being enshrined in bureaucratic structures in many large public school districts and public universities. Thus, we see VCU setting up mechanisms to root out bias as defined by left-wing ideologues.

It is an iron rule of bureaucracy that the administrators of a program will seek to justify their existence. Therefore, Nasim and his acolytes will be highly motivated to find signs of bias (as they define it) everywhere at VCU. You can be assured that trivial slights, or micro-aggressions, will be magnified and people will be punished. Under the new rules of the game, actual evidence of discrimination is not required. Statistical differences in outcome are sufficient to demonstrate bias and remedies.

The architects of these practices have gotten away with them so far because no one wants to be considered a racist. But if the Prince William County walkout is any indication, Republicans and conservatives are finally pushing back. They see how once-benign sessions to help white people understand the sensibilities of non-white people are slowly but surely transmogrifying into a tool of Orwellian repression.