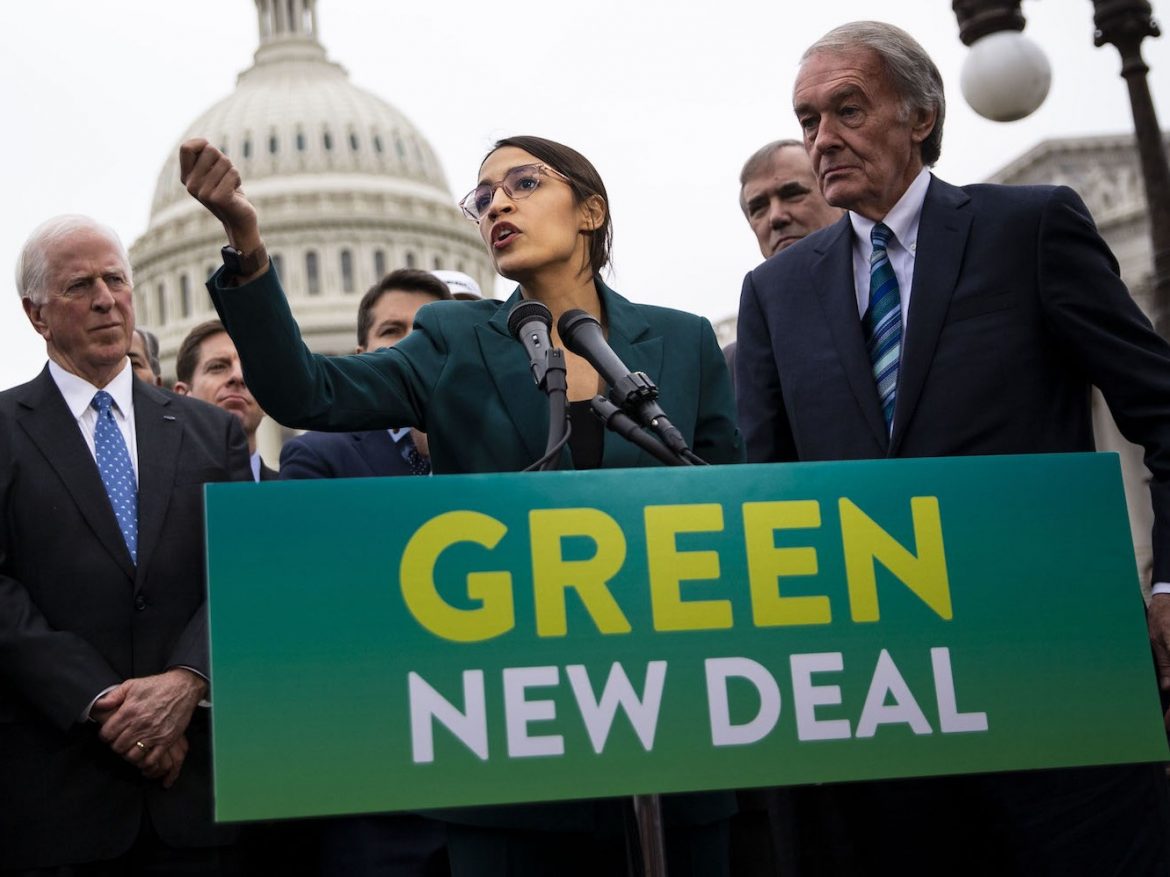 In a free market, governments don’t pick winners and losers. People do—by purchasing products they want to use because of the value they receive from those products. That’s why you may be reading this on an iPhone, but you aren’t reading it on a BlackBerry.

Unfortunately, governments just keep involving themselves in markets. Often, that’s because they think that by doing so, they can help make things better. That’s the premise of the “Green New Deal.” Some people think the federal government can do a better job selecting energy sources than the market can. And these same people think the government can “clean up” the environment while doing so. They think it would be a win for everybody.

Except, some problems end up arising: renewable energy is sometimes less reliable and less efficient than traditional power sources (natural gas and coal come to mind). Renewable company executives have friends in government and have been successful in getting government support. Many companies have received tax breaks, direct payments, or loans that give renewables an edge. Sometimes they collapse (as Solyndra did a decade ago). Taxpayers were given bills to pay and received no benefits and no value.

That history has put many conservatives solidly against renewables, yet that is a simplistic way to look at the issue. There’s certainly nothing inherently wrong with renewable energy: As long as it’s given the same legal footing as traditional power sources, then it should be allowed to compete for users. All this brings us to central Virginia.

Trending: ME, ME, ME: The MOST Narcissistic City On Our Planet Is In The USA

A company called sPower (short for Sustainable Power Group) is eager to build a solar panel array in rural Spotsylvania County. The company doesn’t want handouts. They are not part of a federal, state or local government-backed “Green New Deal” power program. The company simply believes it can make a profit by generating and selling electricity from solar arrays, and at the same time, add value to the consumer. The company may be wrong, however it may be right. After all, it’s already having success elsewhere. The sPower portfolio contains 13 gigawatts (GW) under development or already operating in the United States. The company has generated nearly 4 billion kilowatt hours of zero-carbon electricity so far.

The bottom line is: sPower is willing to engage in the free market.

It intends to buy up thousands of acres of land. About a third of that will be kept as open space. About two-thirds will be covered with solar panels. The power generated can be fed directly into the electrical grid and would be available to local manufacturers and even high-tech firms. Microsoft, for example, has a facility nearby. The company says it won’t need to build any new transmission lines, and that the project won’t cause additional light pollution or heat pollution in the region.

Again, this is a private investment in solar power on private land. The government isn’t going to provide subsidies, leaving taxpayers on the hook if the project fails. The solar project will employ hundreds of people as it is being built, and around 25 people during its decades of operation. It will produce something tangible — not a physical product, but electricity itself. And it will do so without producing any emissions, something that’s a key concern for most of us. It will generate more than power; it will also generate millions in tax revenue for the county, without putting a drain on the county as a government-supported project might.

Perhaps all this explains why the state government and two-thirds of area residents support the solar experiment.

Right now, a handful of people are trying to block this project. But their reasons for speaking out make little sense. The country needs electricity, which dramatically increases the standard of living for her citizens. Some say Americans are addicted to natural gas or coal. I say that Americans are addicted to freedom. If that’s from gas or coal turbines, so be it. But if that’s from privately-built solar arrays, so much the better. There’s no reason to block sPower from trying to compete in the free market and do so with their own private property.