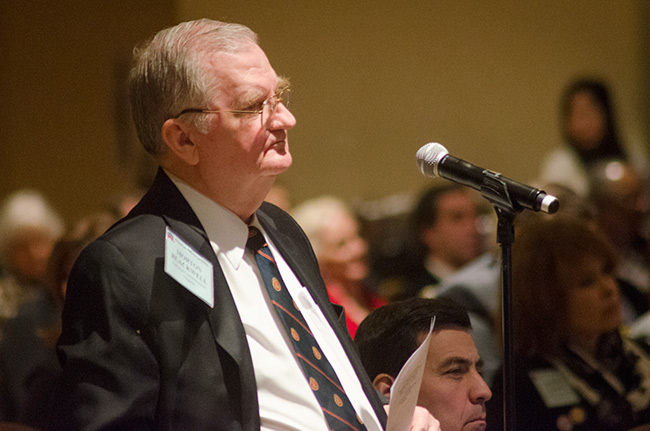 At last June’s Republican Party of Virginia State Central Committee meeting, Morton Blackwell stood in favor of choosing a nominating convention to bind Virginia’s delegates to the RNC. If we chose a primary, he warned, Donald Trump would win. Yesterday his prediction came true.

And this fact doesn’t just extend to Virginia. Trump has dominated open primaries where Democrats and other non-Republicans participate in choosing our party’s nominees. On the other hand, in 3 of the 4 states where only Republicans voted, Ted Cruz won (the Iowa caucus, the Alaska caucus, and the Oklahoma primary).

If you’re frustrated that Virginia has chosen a New York liberal who likes the Obamacare mandate, praises Planned Parenthood, and who is an unrepentant adulterer who claims he’s never felt the need to ask forgiveness for anything, you know who to blame.

Those responsible for Trump winning Virginia are those who turned their backs on Virginia Republicans and voted for an open primary.

Those who voted otherwise must have known there was the chance their plans could backfire. They didn’t want to stand publicly in favor of letting Democrats pick a candidate like Trump. They pushed for a “secret ballot” so they could hide their vote. Leading the charge for a secret ballot, and making the motion for it, was Terry Wear, the 11th district chairman.  Thanks for nothing Terry.  I hope you’re proud of Trump’s win in Virginia.

Eric Herr, Chairman of the First District GOP, insisted on a recorded vote so that Virginian Republicans would know who to blame should a candidate like Trump prevail. Those who voted “No,” voted to choose a primary in secret, and therefore voted to hand Virginia to Trump.

Many of these people are running for re-election this year. Make sure you ask them how proud they are of their secret vote now.