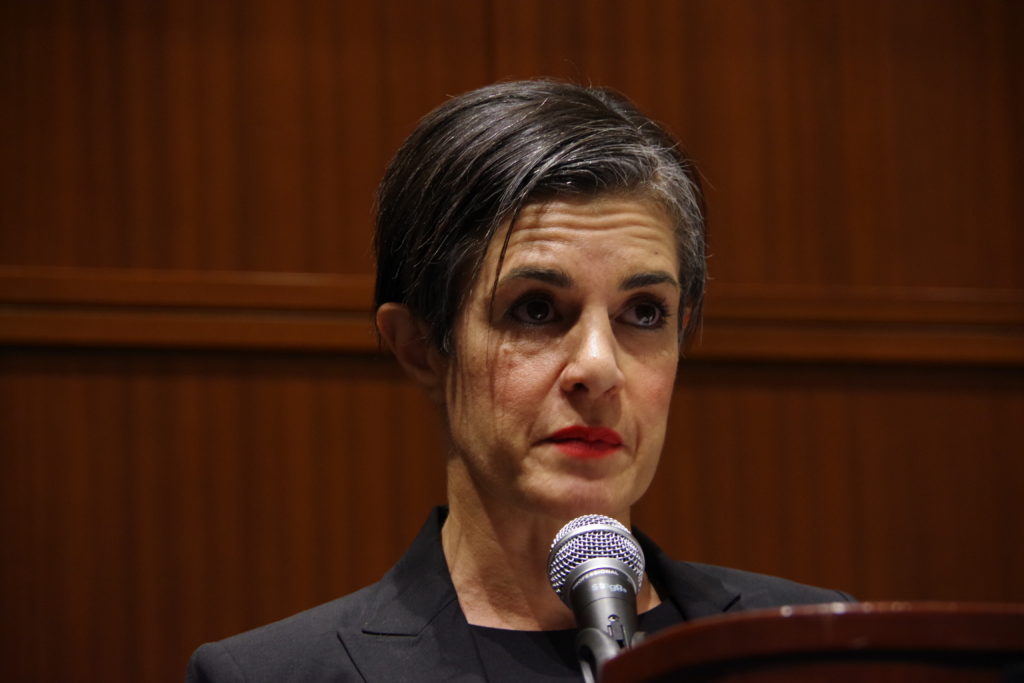 Prosecuting “wage theft” was one of the campaign planks of Arlington, Va. Commonwealth’s Attorney Parisa Dehghani-Tafti, a progressive Democrat who unseated a moderate Democrat incumbent in the 2019 primary election. In her campaign, she said she wanted to prioritize prosecuting “wage theft,”  even while complaining that Arlington prosecuted felonies at a much higher rate than neighboring jurisdictions like Alexandria. She also called for more use of “restorative justice” as a response to crimes committed by people with social or economic disadvantages.

But what does “wage theft” mean? In practice, good-faith disputes about how to classify employees, or whether to include employee lunch time as compensable, could easily end up being prosecuted as “wage theft,” if state law is expanded to criminalize more instances of “wage theft” as progressive legislators seek to do.

The left-leaning Economic Policy Institute calls on prosecutors and state lawmakers to seek criminal punishment of employers for workplace and labor-law violations that are currently addressed through less serious legal sanctions. … These include so-called employee misclassification, in which workers are designated as independent contractors or supervisors when a court, state labor agency or similar authority thinks they shouldnâ€™t be. Another EPI priority is the sidestepping of prevailing-wage laws, which set public contractorsâ€™ wages well above market value. Also on the list are miscalculations by restaurant managers about when and how the law allows them to engage in tip pooling and conduct that an employee considers retaliation for a workplace complaint.

Among the problems with criminalizing many of these behaviors is that standards for lawful conduct can be impossibly vague, complex, changing or opaque. Managers may have no way of knowing whether theyâ€™re violating the law, and infractions may be victimless or even occur at the request of the purportedly victimized party â€” as with independent contractors or, in the case of California labor law, letting an employee work through lunch so he can leave early.

Consider the main federal statute in the wage-and-hour field, the Fair Labor Standards Act (FLSA). It became law in 1938, but federal courts are still being asked to resolve disputes over whetherÂ service advisers at car dealershipsÂ are subject to overtime requirements, under what circumstancesÂ a union can waiveÂ the right to be paid on the clock for donning and doffing protective gear and exactly when the FLSA clockÂ should start runningÂ when a flight attendant arrives at the airport. States like California have their own separate and more demanding labor codes, which have beenÂ the subject of high-stakes class actionsÂ inviting courts to declare unlawful everything from the timing of meal breaks to the way apps like Uber andÂ LyftÂ do business.

Imagine adding the threat of criminal prosecution to this chaos. Imagine the effect that would have on ordinary businesses.

So looks as though it’s fine and dandy with Mr. Bader, Esq., when WalMart supervisors order workers to clock out and continue working off the clock to keep overtime charges down.

And please don’t tell me it doesn’t happen. It’s a common practice. Workers who complain are fired.

In the Republican world the business owner is always right and the workers should STFU and STFD and be happy they have a job.

So, shop lifting is OK with you because the oppressed worker, or God forbid, the oppressed welfare queen steals to make up for the oppression they believe they have experienced. One thing I can tell you is everyone is all too often mistreated in a business deal. if I fail to negotiate the best contract, it isn’t the fault of anyone but me. If a worker choses to work in a less than ideal situation, they is his or her choice. Unlike the old Soviet Union, a worker can move on to another job.

I often wonder if communists and socialists like you ever talk to someone who actually experienced the horrors of those ideologies in practice. However, I have come to the conclusion that you like tyranny as long as it seems to favor you. In the end, nobody enjoys tyranny except the tyrant.

Did my comment even mention the word “shoplifting”? Stay on the topic.

First paragraph of the article references shoplifting. Maybe you should stay on point.

Like usual Gomer Pyle… you are not on topic numbnuts. The article is about shoplifting and progressives like your stupid ass who want to eliminate law regarding shoplifting…or to be accurate decriminalize them. So like in San Francisco where your fruity butt should move, shoplifters know to keep their crimes under 900 dollars to avoid prosecution for a felony… if the police will even come at all.

I know a moron like you cannot fathom this issue… so like the idiot you are you deflect to something else.

You really are a sh.t head.