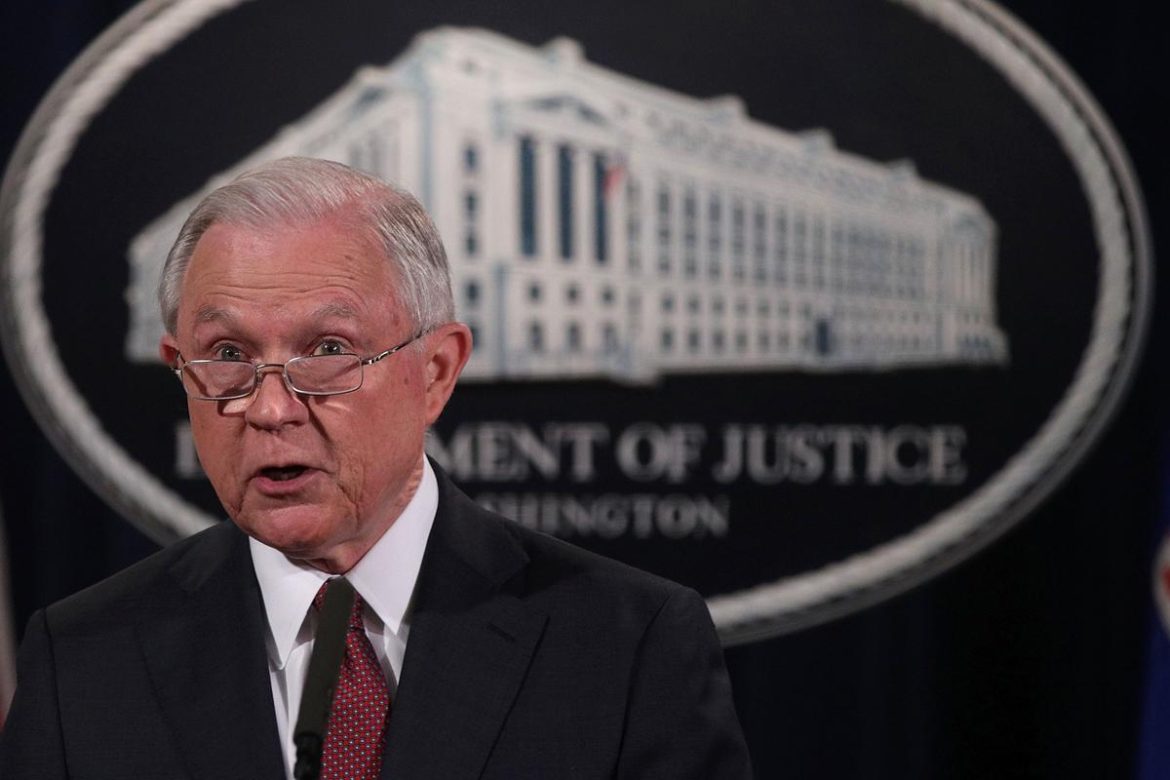 I for one am deathly ill and exhausted from the backward looking dinosaurs such as Jeff Sessions occupying borrowed space on the Republican Party’s electorate dime. If the 2017 off-year elections and the impending negative sentiment toward the prospects of electing conservatives in 2018 weren’t gloom enough, some in our party are still willing to barrel forward with their outdated and dim-witted attempts to legislate morality and sentimentality.

Prohibition doesn’t work. The Volstead Act was repealed 84 years ago. It baffles me that some “leaders”, rather than explore new ideas and potential new voters, would rather cling to failed follies of the past. According to polls in Rasmussen, nearly 70% of voters aged 18-30 prefer Democrats to Republicans. What is our rush to further alienate these voters? Attorney General Session’s march to 1930’s style “reefer madness” hysteria is laughed at by the younger generation, as well as pretty much anyone with a brain.

The New England Journal of Medicine, as well as several other leading scholarly publications, have produced study after study showing not only is marijuana less harmful than alcohol (and possibly Twinkies for that matter) but it can be used for medicinal purposes as well. It can be a cash crop as well as an industrial staple with hemp products. Countless Virginia Republicans, from Tom Garrett, to Scott Taylor, to Jill Vogel have proposed marijuana friendly bills, yet the Barnie-Fife wing of the GOP would like to continue going down the rabbit hole of prohibition and legislating morality.

If you believe in being the party of freedom and personal responsibility, I suggest you send supposed “leaders” as AG Sessions a piece of your mind. Start asking serious questions.. such as how does banning a substance, that does not increase crime or pose greater health risks than already legal products need to be castigated? Would we not benefit from the enormous tax windfall that Colorado and Washington State have amassed from sales of cannabis? I hope the GOP will wake up and smell the Covfefe on this issue.

Sessions should enforce the law as passed by Congress. If we want that to change, we need to petition Congress and get them to change it. Expecting law enforcement personnel to selectively ignore their jobs leads to badm bad, political things.

Everyone forgive me for following the teachings of Jefferson, Bastiat and the Bible over the ‘enforce muh law’

I would welcome a change in the law.

It’s absurd to me that there are prohibited things like this, what do I care what other people do as long as they are only harming themselves ? I know the arguments that we all pay because of health care costs, but really, I don’t understand those arguments. Besides, there are much stronger drugs used by the population that are prescribed by physicians including some drugs that are dangerous, mind altering substances.

1/4 of women in this country are on prescription mind-altering substances for a variety of mental health issues.

(which means 3/4 of women are still walking around untreated)

Haha, sorry I couldn’t help but make a joke. Seriously, though, we as a country have very arbitrary drug laws – we allow nicotine and caffeine, and much more seriously people drink alcohol which really does cause a lot of addiction and heartache in society.

I have never used drugs, but .. live and let live.

I support freedom. I support personal responsibility. I oppose the government substituting its judgment for citizens unless absolutely necessary. I favor permitting citizens to own guns, rat poison, explosives, and … yes, marijuana. Only a nanny state thinks otherwise. Change the law, but leave it to the states and localities to decide for themselves.

With maximum freedom must come maximum responsibility. To get me on board with legalizing more mind-altering substances, you must abolish the welfare state and government funded healthcare FIRST. Want your weed? Fine… fund your health care. And Institute mandatory drug and alcohol testing for all government handout recipients.

So, it should be legal for those who get their healthcare through work and don’t take any “government handouts” to smoke pot in your opinion. Great!!

Yes, I generally support people doing whatever the hell they want, as long as it doesn’t affect me or I have to pay for it.

Then there is the whole states rights thing with which the Republican Party has suddenly lost interest.

You would think this issue was taylor made for them. But the bottom line is that Republican are for restricting personal rights while deregulating corporations. That overrides everything. With Dems it vice versa.

So let’s end the prohibition on murder. You half wit

Reductio ad absurdum. You no wit.

Please refrain from insulting our posters and commenters on this blog. Thank you.

Its fine Jeanine. . I enjoy watching people expose their true colors, if even in the veil of anonymity

Then change the law. Otherwise, the AG is enforcing the laws as written. If they don’t enforce the laws, they are no better than their predecessors in the previous administration. I continue to be amazed that this issue- the legalization of a psychoactive drug with hallucinogenic effects- is the issue so many think will cause the previously mentioned 18-30 year old voting demographic to vote for Republicans. And please don’t conflate the production of industrial hemp with legalized pot. They are two very different things.

There is also a difference in CBD and THC in marijuana. CBD has the better healing properties while THC is what makes you high and most pot has been selectively bred to have higher levels of THC. So I don’t buy most people’s argument that they want pot legalized for medicinal purposes. They want it legalized to get high. CBD will not make you high and can be extracted apart from THC so if you’re really interested in pot’s healing properties that’s what you’re looking for.

That sure makes perfect sense! We already know the destructive value to society of one mind altering drug, so let’s add another.

Actually, we really don’t know yet what the impact of mass marijuana use will be. There is some sense with alcohol and tobacco – and it appears that marijuana may well combine the worst aspects of both. In addition, I have never heard anyone suggest that alcohol is a gateway drug, while marijuana apparently is.

Sorry, this was my poor attempt at sarcasm. My favorite activity with drug weed advocates is to ask them if they want their children to become users..So far no takers

I think most over users of alcohol, cigarettes and drugs know the risks of their over use. They are willing to impose on themselves and others, but they will try to protect their children even though they knowingly expose and encourage their children who try to emulate mommy and daddy.

What you do at 30 will eventually come back to haunt you at 60 – particularly if you don’t stop. Alcohol induced dillusions are terrible. Tobacco induced lung cancer is a death sentence. Marijuana seems cool, but maybe not so much with age.

So what. You are suggesting we normalize another addictive drug in society. Does that make sense? I have no idea what percentage of the population uses marijuana on a daily basis and what the long term impact is. Alcoholics suffer DTs, really horrible. Chain smokers suffer long term health problems. Marijuana users suffer scromiting incidents as well as altered states of reality.

My personal experience with marijuana users is limited. We had a girl in the office who would use marijuana during her lunch hour. Was useless thereafter and fired within a couple of months. Most businesses don’t want lushes of any kind – bad for business and client relations.

The “so what” is that marijuana is not an addictive substance so in that regard it does not damage society in the same manner that alcohol (and one can argue tobacco) does. It does not contribute to violence the way alcohol does either. It is a far more benign drug and it is already prevalent/normalized in society. In other words, we are already experiencing any negatives associated with its use (including fiscal impacts associated with criminalization) and are voluntarily foregoing the positives associated with decriminalization. Really not very smart.