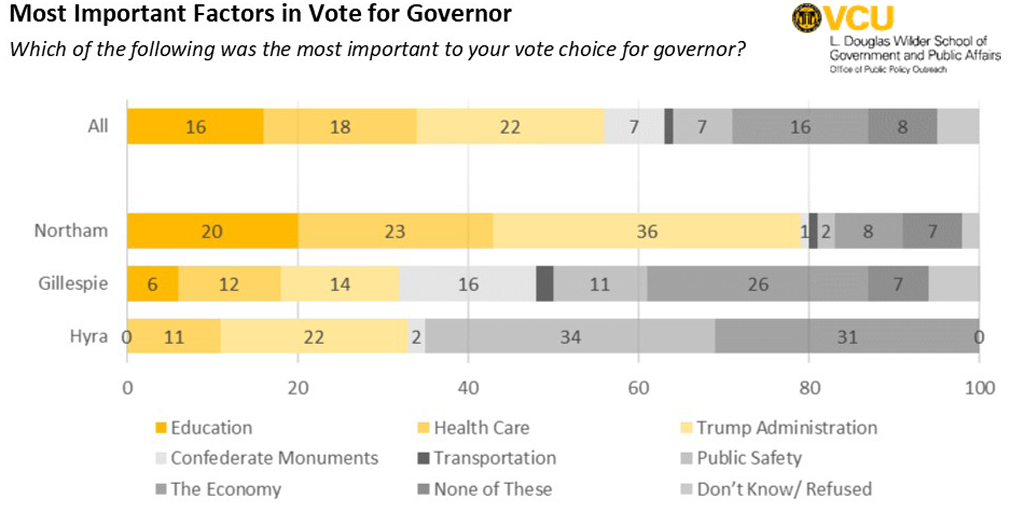 Proof Trump cost us the election

Republican candidate Ed Gillespie did his part to win. He ran a solid, mistake-free, principled, campaign and turned out more Republican voters than ever before.  The problem was rabid anger against Trump turned out even more voters.

I have previously referred to the 2017 election as “the anti-Trump landslide election”.  Virginia Commonwealth University has proven that to be correct.  The election was all about Trump.  He motivated voters to get to the polls.  VCU polled voters in Virginia and found that 36% of Northam voters were at the polls to vote against Trump.  Overall, 22% of Virginians went to the polls to send Trump a message.  Trump was the number one reason voters came out to vote.

Yes, Trump cost us the election in November.  More on the poll here.