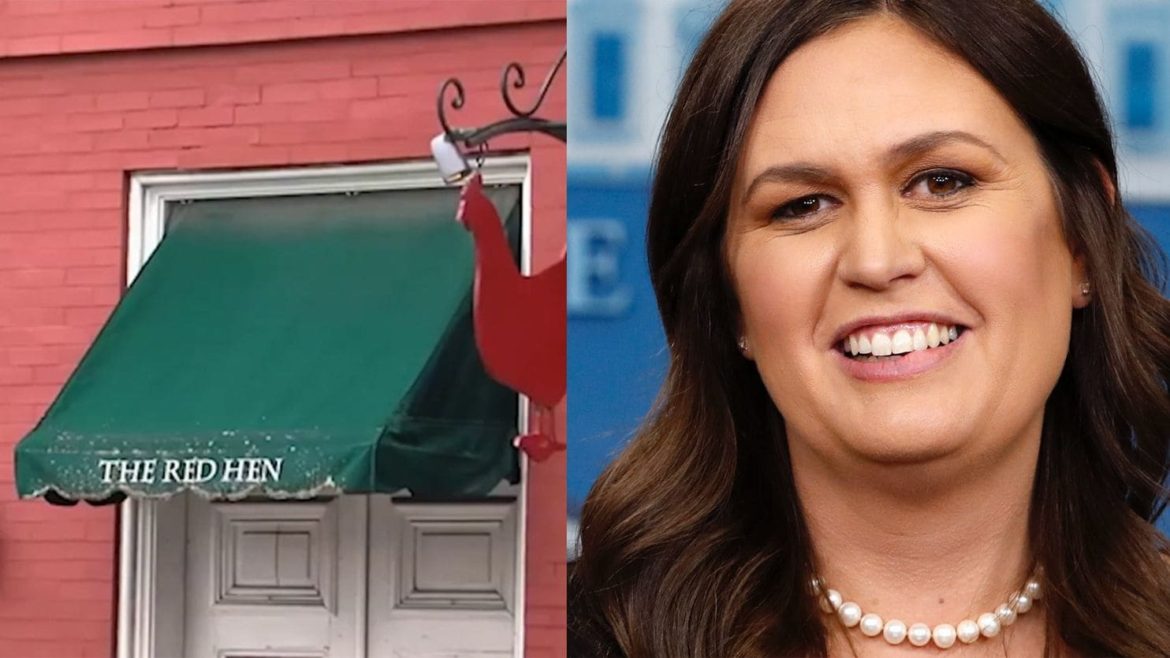 The first amendment to the Constitution guarantees, among other things, “the right (of the people) to peaceably assemble.  Congress is specifically prevented from making any law abridging it. It appears, however, that “peaceably” has been removed from the first amendment, and assembly without peace seems to be increasingly acceptable in society.  Peace has given way to harassment, and harassment has turned a private personal political issue into a public spectacle.

Harassment is conduct which annoys, threatens, intimidates, alarms, or puts a person in fear of their safety. Harassment is unwanted, unwelcomed and uninvited behavior that demeans, threatens or offends and creates a hostile environment.  Harassment involves curses, derogatory comments, insults and slurs. It includes assault, restricting movement, offensive touching, and physical interference with normal and expected activity.

Probably the most famous recent incident involved Sarah Sanders.  She and members of her family went to the Red Hen restaurant in Lexington, VA.  The owner of the restaurant, offended by Sanders politics, asked her to leave. As far as the law allows, she was perfectly in her right to do so.  However, the situation did not end there. The owner of the Red Hen organized a group and proceeded to follow the Sanders’ party when they went to a different restaurant.  This is harassment not protest, and it is a criminal act – annoyance and creating a hostile environment apply at a minimum.

Another incident involved Stephen Miller, a White House advisor on immigration policy.  Miller had been subject to a number of loud “protests” at his home, however, the “protests” took a rather nasty turn.  Miller ordered takeout sushi from a local restaurant. On his way out, a bartender followed him and then gave him the “finger”.  Miller threw away the $80 worth of sushi not knowing what might have been done to it. The bartender’s action is harassment and it is a criminal act – threat and physical interference with normal and expected activity apply at a minimum.  (Personally, I would have keep the sushi and had it analyzed for contaminants. But that is just me, a scientist and engineer with lots of forensic experience.)

The final incident involved Steven Bannon, former Trump advisor.  He was in a Richmond bookstore apparently looking for books to buy and read.  A woman came out of nowhere and started cursing and berating him. The store manager told the woman to stop and when she didn’t comply, he called the police.  She quickly escaped. This woman’s action is harassment and it is a criminal act – curses, derogatory comment and insults apply at a minimum.

By the way, there was a similar incident at a DC eatery where a woman confronted the then EPA administrator, Scott Pruitt, while he was having lunch.  Pruitt resigned shortly thereafter claiming that the constant threats and insults to himself and his family were just too much to bear. The woman gleefully took credit for the resignation.  Her action is harassment and it is a criminal act – unwanted, uninvited, and unwelcomed behavior that creates a hostile environment at a minimum.

None of this harassment was dealt with criminally or through civil law.  The identities of each harasser were exposed in the newspapers but none were made to pay a legal price.  (Apparently, the police do not wish to arrest people for misdemeanor verbal assaults – although if the incident of harassment is significant enough felony charges can be filed.  It is not surprising that individuals harassed do not want to go to the trouble of filing a costly and time consuming civil lawsuit.)

So far, there have been hundreds of incidents of verbal and violent harassment against President Trump supporters and administrative personnel.  These acts of harassment have many advocates in the Democrat Party, Mad Maxine Waters comes most to mind. The problem is that these harassments are being treated as protests, and that is far from the truth.

Here is the definition of peaceable street protest under the law.  A street protest is an action by a group of people to show their negative or positive viewpoint regarding a public issue.  It ordinarily consists of walking in designated and permitted areas supported by a police presence. It has a defined beginning and end, and involves speakers.  Marches, rallies, picketing, blockades, sit-ins and other demonstrations are common. Street protest can be either nonviolent or violent – although a violent street protest is more often defined as a riot which is not a peaceable assembly.

The incidents of harassment noted above are clearly distinguishable from those of peaceable protest.  The personal harassment is spontaneous and not thought out in advance. The personal harassment is directed at a single individual(s) who is blindsided by the suddenness of the assault.  Unlike peaceable protests, the harassment can quickly escalate into one on one physical assaults similar to the recent one in Texas where the temporary worker in a restaurant stole a boy’s MAGA hat and threw a glass of water in his face.

Political harassment incidents have been increasing in both numbers and violence.  There have been death threats against Republican campaign workers, damage to a Republican Headquarters, and more.  So far, Democrat leaders have said little about these incidents and actually continue to ramp up the harassment. Of course, the media continues to distort the situation by referring to the harassment as a protest.

The best first step in dealing with political harassment is to file charges and demand that those charges not be dismissed.  The people who do this type of harassment activity need to be exposed publically and treated in accordance with the criminal laws on the books.  Further, if they are employed, their employers need to be made aware of the harassment and the implications for the business, school, or government agency.   If the situation is serious enough, the filing of a civil suit to compensate for personal damage is appropriate. (By the way, the “harassment” and “protest” laws and definitions vary from state to state.  I have written a summary definition of “harassment” and “protest” for simplicity in writing this article.)

Every Republican has to be concerned about the increasingly insane behavior of the left.  In their mind, Donald Trump was not supposed to win the Presidency. He wasn’t supposed to be successful.  And, if worse came to worse, the insurance policy, also known as the Mueller Special Counsel, was to have set him up to be impeached.  Every passing day makes the left more fearful and more violent because of their mounting political losses. No one on the left wants to Make America Great Again.

My final point:  Harassment is evil no matter how “well intended”.  To quote Edmund Burke, “The only thing necessary for the triumph of evil is for good men to do nothing.”  We can no longer do nothing.