Protestors Rip Flags Out of the Ground at 9/11 Memorial

This is outrageous. Upset at what they regarded as a celebration of imperialism, students at Middlebury College in Vermont on Wednesday removed nearly 3,000 flags placed by other students in a temporary memorial to the victims of 9/11.

Two of the perpetrators have spoken out about their vandalism. I won’t quote the crazy one. But the more sane one had this to say about her handiwork:

As a settler on stolen land, I do not have the luxury of grieving without an eye to power. Three thousand flags is a lot, but the campus is not big enough to hold a marker for every life sacrificed in the history of American conquest and colonialism.

I don’t suppose we should be surprised. When you fill young minds with leftist ideas and warped history, this is what you get. Garbage in, garbage out. 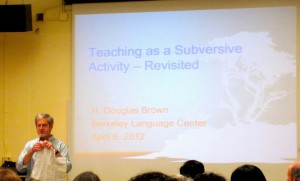 Teaching as a Subversive Activity

More troubling is what this incident–along with so many other displays by leftist young people of disdain, shame, mockery, and derision toward the United States–says about our future. As a great melting pot of the world’s cultures, races, and religions, we’ve long relied on a shared sense of history and a common heritage bequeathed to us from the first generations of Americans to unite us into a single people. The Left’s grand project since the 1960s has been to undermine and subvert that unifying narrative, through the schools and popular media.

They’re winning. But not without a fight. Even in the midst of this most juvenile manifestation of anti-American leftism, there is the silver lining: the flags and the 9/11 memorial were erected by other young people, through a project sponsored by Young America’s Foundation. All hope for the future generations is not yet lost.

Keep up the good fight, YAF!

Protestors Rip Flags Out of the Ground at 9/11 Memorial was last modified: September 13th, 2013 by Chad Ochocinco
#911EducationLeftismMiddlebury CollegeSubversion
1 comment