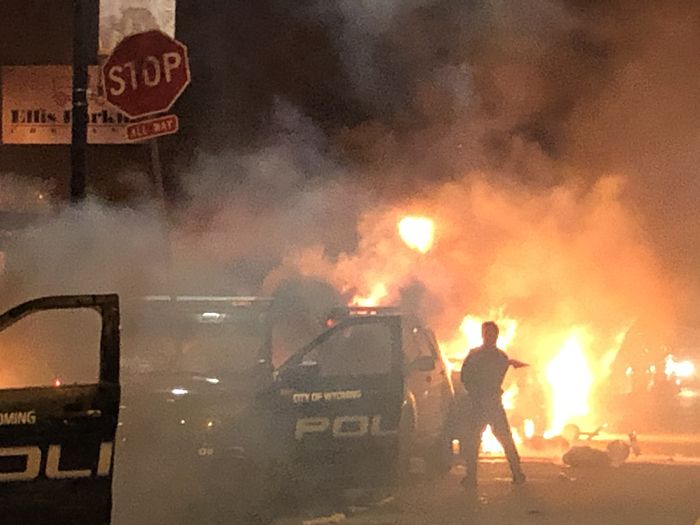 Big demonstrations spread COVID-19. Mass protests played a key role in spreading the disease in Spain, and giving that country one of the world’s highest death rates from coronavirus. For political reasons, Spain’s socialist government allowed its allies to assemble in huge crowds to hold left-wing rallies, which spread the disease across the country.

Right now, there are huge race-related protests all over the world, not just in the United States, but also in countries such as New Zealand, the Netherlands, Japan and Germany. There were protests in Montreal, Canada, followed by looting. As the Montreal Gazette notes, “some individuals began breaking the windows of businesses and offices, others vandalized local construction sites and another group smashed their way into Steve’s Music Store on Ste-Catherine St. and made off with several guitars.”

Most of these protests don’t focus on policies in their own countries, but rather on recent events in the U.S. highlighted by Black Lives Matter. So they will have no effect on government policy.

These protests can, however, spread COVID-19, since demonstrators are often closely packed together. Densely-packed protesters are “super-spreaders” of coronavirus, and Chicago health officials have accordingly advised those who attended recent Black Lives Matter protests to self-quarantine.

Protest activities such as chanting and singing are ideal vehicles for spreading coronavirus. As the Cato Institute’s Paul Matzko has noted, “singing is forceful exhalation,” with “significantly wider dispersion of droplets than talking or breathing. It’s an ideal method of transmission, sustained and forceful.”

Many protesters are ignoring the need to wear masks in public. As I’ve noted in the past, failure to wear masks while in a crowd increases the risk of transmitting COVID-19 — as a just-released medical study in The Lancet confirms.

Protests have also provided convenient cover for looting and acts of violence in cities across America. A court security officer was shot and killed outside the federal courthouse in Oakland, California. Protesters have attacked motorists and their cars, and burned the belongings of a homeless white man.

As a protest turned into a riot, “many downtown Grand Rapids buildings were damaged, including the downtown courthouse and the Grand Rapids Art Museum.” A firefighter was attacked while responding to a call.

Major damage was inflicted on a Dallas museum and its sculptures. Hundreds of stores were damaged by rampant looting in midtown Manhattan. Vehicles used to transport deaf and blind students have had their windshields smashed.

In Washington, DC, rioters did major damage to the National Treasury Employees Union building, universities, hotels, banks, restaurants, liquor stores, and the Ronald Reagan Presidential Foundation — as you can see from these photos taken by Zack Stanton of Politico.

Some people misguidedly think this rioting will improve society in the long run, by dramatizing racial injustice. The Fairfax County Democratic Party praised riots as a tool for social change, saying “riots are an integral part of the country’s march towards progress.” (It later rescinded this statement after a backlash from the public, blaming the statement it made on a “volunteer”.)

Some view rioters as victims, rather than perpetrators. At least 13 “staffers for Democratic presidential candidate Joe Biden announced that they have donated to a group that pays bail fees in Minneapolis as riots over the death of George Floyd consume the city,” reported the National Review. Biden opposes cash bail as a “modern day debtors prison,” said Biden campaign spokesman Andrew Bates. As the National Review noted, “Rioters in Minneapolis burned police cars and buildings — including a police precinct building — smashed storefronts, and looted merchandise last week. Many did not wear face masks intended to prevent the spread of the coronavirus.”

Progressives sometimes justify riots by saying that “riots are the voice of the unheard,” and by depicting rioting as a way to achieve social or political change. But academic research finds that rioting often backfires and results in voters choosing the political party more hostile to the rioters. The classic example is the 1968 election, in which American voters, fed up with rioting, elected the law-and-order candidate, Republican Richard Nixon, over Democrat Hubert Humphrey.  The New York Times’ Ross Douthat cites a study by a progressive researcher who found that “proximity to black-led violent protests caused substantively important declines” in the Democratic vote, “enough to tip the 1968 election from Hubert Humphrey to Nixon.”Even peaceful demonstrations usually don’t achieve much. Mindless slogans can fit on a placard, but constructive policy proposals usually don’t. In my life time, I’ve published over 300 letters to the editor in newspapers, some of which were cited in law reviews or newspaper editorials. But I participated in only three protests, which had no effect whatsoever except to create noise and block the sidewalk. Protests are usually a waste of time, and passersby couldn’t even tell what the point of my protest was. If you have a grievance, it is better to publish a letter to the editor about it, rather than joining a demonstration.