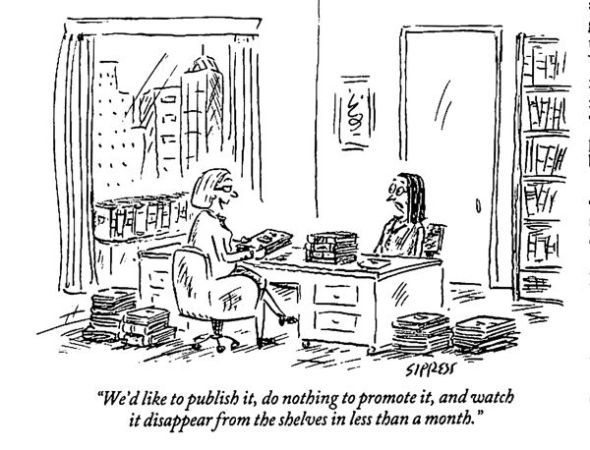 A few years ago a ruckus was raised when readers blitzed an on-line magazine with letters accusing me of various moral and literary crimes, including hate speech, inaccuracy, stupidity, immorality, misinformation, shamefulness, and (my personal favorite) “filth.” All this was in response to my article, “War on the Boy Scouts.” A few letter-writers praised my “courage” in taking on this “difficult issue,” but most piled on with denunciations of my cultural ignorance and hateful, anachronistic ethics. Society has “moved on,” they said, and I should do the same. Many characterized the gay Boy Scout dispute as a “civil rights” issue comparable to racial integration at lunch counters during the 1950s and ‘60s.

There was much declaiming about what I came to call “conditional free speech.” This was the notion that ideas can be expressed if listeners find them acceptable. If not, those ideas become “hate speech,” which isn’t protected by the First Amendment. The fact that “hate speech” is an extra-Constitutional term, and that the First Amendment was enacted for the express purpose of protecting unpopular ideas, seemed lost on those letter-writers. If they knew these things, they evidently didn’t care and they wanted it to be different. (“Damn your Constitution, sir!”) Several called on the magazine’s editor to retract my article – a demand that the editor rejected on grounds that the paper was meant to be a wide-ranging forum, and that even “hateful” ideas deserved a hearing. While that left me “damned with faint praise,” I did appreciate his refusal to capitulate to pressure from those writers.

Nevertheless, the question hangs in the air: Do all ideas deserve a hearing in print? And if not, what criteria determine which ideas should be printed and which not. I could probably be expected to hold the view that all ideas deserve a hearing. Indeed, I do think along those lines. Book-burning is a Nazi idea, not an American one. It never suits us as a people, and we should be extremely loath to advocate it. As the Nazis showed, once book-burning gets started, it is devilish hard to stop and can lead to serious trouble.

Publication in an organ dedicated to news and the free exchange of ideas is another matter – governed by content, issues of space, and knowledge of who is writing. Newspapers and magazines are very careful about whose writing they publish. They never print floods of letters written by unknown parties. There is only so much space in a newspaper, and editors can’t know who is writing when a large volume of letters arrives, as happened in response to “War on the Boy Scouts.” Generally, editors will publish a few letters that seem representative and are written by known persons. Every attempt is made to indicate when a writer is an advocate or official of a particular group. And there is usually some effort to maintain a balance of views.

At the time of the Boy Scouts uproar, my fellow-columnists and I were well known to the editor – in most cases, personally. He presumably trusted our motives, and he had long experience with our writing – in my case, a decade of columns that he had called “brilliant, reasoned judgment, like Lincoln.” If a controversy arose from something any of us wrote, he could stand behind us – not because he necessarily agreed with a point of view in every respect, but because he knew us and had confidence in our personal integrity. This knowledge is critical to publishing sound analysis on difficult topics.

Were the angry responders to “War on the Boy Scouts?” similarly known? I don’t know, but I doubt it. Perhaps the editor knew some writers, but he probably had no idea if “Jill Smith” was a real person, if Jill really wrote a given letter, or exactly where she was coming from with respect to her views. Was she a member or paid official of some advocacy group? Was her writing published anywhere else? He had no idea. (Ditto for “Joe Smith.”) This is risky in publishing. Who is writing is often as important as what is written.

In my case, the oppressive weight of all those critical (and sometimes vicious) letters was much lessened when I read an article written by a nationally published columnist named Rebecca Hagelin. In “Free speech rights don’t apply if Liberal Crowd takes Offense,” Miss Hagelin related what happened after she wrote a column that criticized the “transgender” lobby for encouraging children to question their sexual identity. Here’s the story in her own words:

“Liberals love the First Amendment. Except when they hate it.

“Recently I wrote in my regular Washington Times Monday column, ‘How To Save Your Family,’  a piece lamenting the confusion created by gender-bending fashion models and the emerging sentiment that little children somehow show their true, transgendered selves when they show ‘inquisitiveness about the other sex, and all the trappings of male or female life.’ I cited a leading expert on children and gender dysphoria, Kenneth Zucker, who believes that children who seem confused about their gender identity should enter therapy with the goal to ‘understand themselves better’ and figure out ‘what might be causing them to develop what I call a fantasy solution, that being the other sex will make them happy.’

“I ended my column by encouraging parents to affirm their child’s masculine or feminine identity, because ‘God made us male and female and that’s something to celebrate.’

“And for speaking that truth, the homosexual activists have mounted a vicious campaign to silence me.

“The Washington Times is under attack for carrying my column. The paper has been barraged by demands from homosexuals/transgenders and their supporters that my column be banned. And my inbox has been flooded by hateful mail from this same crowd who seek to intimidate and silence me. It’s ironic that my critics exercise their free speech by writing the publisher and using the media to criticize my words, but would deny me the same rights.

“This is what passes for tolerance in Obama’s America. I’ve seen this before. It’s not the first time the homosexual lobby has tried to shut me down…”

Miss Hagelin’s article1 puts the treatment I got in perspective, and it hoists a warning flag to publishers about accepting unknown writers as “equals” in the news and opinion milieu.

This brings us round to internet sites where unfettered commentary can be attached to articles that its approved writers have posted. No serious publication does this. Papers like the Washington Post, Washington Times, and NY Times print only a few letters which reinforce a line of thought that serves the paper’s purpose. Others – of which there may be thousands per day – are not published.

A site that wants to feature serious writing has to exercise some control over comments that are attached to pieces that its writers have spent time and effort producing. I’ve developed a pretty thick skin over two decades of published writing, but other writers might lack that experience. After receiving enough comments like “Rubbish” or “Obscene” or “You’re just a dumb #&@%$” etc., some writers will decide that the game isn’t worth the candle. Who wants to spend days working on a piece, but not send the link to your granddaughters because of the vicious, tasteless comments attached to it?

Driving out writers in this way deprives readers of a diversity of thought and analysis, and it does the site no good. Thick skin or not, even I have my limits. I don’t need to be praised and worshipped, and I don’t mind if someone submits a reasoned disagreement to what I’ve written, but nobody deserves to be called crap or a moron.

My readers and most of my colleagues know who I am. But who are all those literary “critics” who feel so free to blast ideas they don’t like and hurl invective at writers? I’d like to know, and I hope my readers want to know, too. When you publish, you don’t get to be anonymous, and you’re not entitled to publication of whatever wild thought comes into your mind because your wife burned the toast that morning.

Commentary writing is (or should be) like a sporting contest conducted in a defined arena, with known boundaries and rules. Umpires ensure that players obey the rules, and there’s an audience of spectators. They can cheer, boo, and make rude noises and gestures, but there are limits to how far their displeasure can go. They are not allowed on the field of play.

My recommendation for TBE would be implementation of a new editorial policy which filters attached comments for suitability. This will help both writers and readers, as well as the site itself. A clear announcement of the new policy could be posted at the “Comments” section following each article.