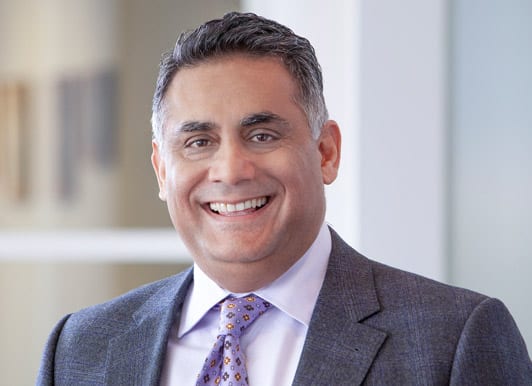 Today Puneet Ahluwalia, a Republican businessman in Fairfax county, announced the formation of the Proud American Political Action Committee.  Their press release is below.  In describing the new PAC Ahluwalia said,

“Proud American PAC will support candidates willing to carry the conservative, free market, message of hope, growth, and opportunity to every family and every community in Virginia.”

On Saturday Ahluwalia attended the 7th district Convention where he was  introduced to delegates by former Congressman Tom Garrett as someone who is considering the possibility of a run for Lt. Governor next year.

“Who would have thought 5 months ago Virginia would face a global pandemic, an economic meltdown, statewide protests, schools closed indefinitely, a crackdown on our 2nd Amendment rights, and an assault on our freedom and our culture?”

I’m forming Proud American PAC for those Virginians who believe as I do, that America is the greatest nation in the world, but our political leaders aren’t living up to the promise of our great state.”

“As a person of color, I sympathize with those who are frustrated and angry about race in this country, but not for the same reasons as the progressive politicians in Richmond.” Ahluwalia said, “we need to launch a real discussion among all Virginians about race and the ways we can bridge the gap in opportunities, income, and education.“

Ahluwalia continued, “For nearly 6 decades, progressives who run most of our largest cities, have trapped our poor in communities that discourage job growth, prevent small business start ups, and force children into failing schools. Then the same progressives who have rigged the system against economic mobility tell minorities there is no hope. No wonder people are frustrated and angry.”

Proud American PAC will work to elect candidates who are aligned with the following core principles.

Ahluwalia continued, “I believe with all my heart that American free market capitalism is the greatest engine of economic prosperity ever devised. But our economy has left too many people behind. We can and we should do better by making it easier to start and fund small businesses in minority communities, encouraging greater job creation, organizing private internships for every Virginia high school graduate, helping people climb the economic ladder, improving schools, and modernizing our infrastructure.

Part of making Virginia great for every Virginian includes bringing inner cities, as well as those rural areas of Virginia, into the prosperity they’ve too often not been part of.

Ahluwalia concluded, “Proud American PAC will support candidates willing to carry the conservative, free market, message of hope, growth, and opportunity to every family and every community in Virginia.”

Puneet Ahluwalia is originally from India and serves as a consultant to businesses on client acquisition, marketing, and strategic affairs. His wife is from Pakistan, and is of Afghan heritage. She owns and operates a business that provides IT services to companies and government agencies. They became citizens of the United States over 14 years ago. Puneet, his wife, and they’re 3 children live with their canine friends, Louie and Maximums in McLean.