Latest Posts
A letter to RPV Chairman Jack Wilson
Bernie Sanders and the schism in American Jewry
Sanders is wrong: Fidel Castro did not give...
Truth, Lies, and Videotape
March of the Mystery Candidates (II)
Reading, Printing, and the Socialist Millennials
Bernie Sanders is more radical than European socialists... 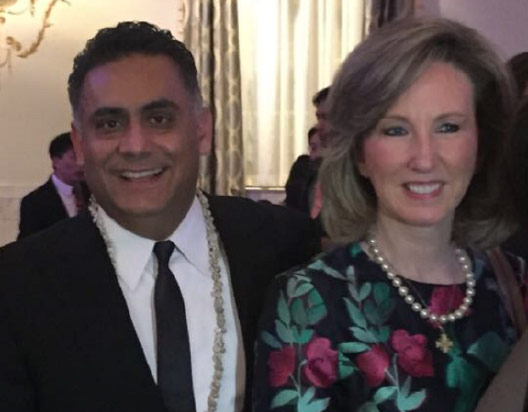 UPDATED:  Puneet Ahluwalia has withdrawn from the race for House of Delegates.

Puneet Ahluwalia is challenging Democrat incumbent Kathleen Murphy in the 34th district of the House of Delegates.  As one of her biggest supporters, he has the support and endorsement of Barbara Comstock.

“The success of our community demands us to be active and participate in mainstream politics. It is our responsibility to strengthen the diversity of our nation,” Ahluwali said in story on Newsgram.com. “… We should be supporting President Trump and Republican leadership in creating and promoting American jobs with strong emphasis on balanced trade between U.S.-Indo Pacific Region.”

In 2015 Republicans nominated Craig Parisot to run for the seat.  He lost by a mere 122 votes.

Another Indian American, Subba Kolla, is running for the 87th district of the House of Delegates against Democrat incumbent John Bell.  Kolla was delegate to the Republican Convention in July.  More on Subba Kolla here.

Bernie Sanders and the schism in American...

Sanders is wrong: Fidel Castro did not...

‘Gender-affirming’ treatment can lead to malpractice