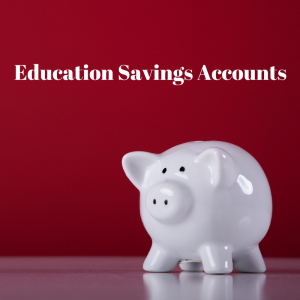 Putting the All in “All”

A few days ago I attended a meeting with the Board and other representatives of Loudoun County Public Schools. At this meeting we reviewed the 2016 legislative program for the school board, and discussed their goals and legislative priorities.

A few things struck me. First, the goals we discussed were somewhat general, and most would probably apply to almost any school district in the Commonwealth. We want our schools to develop critical thinkers, creators, and contributors. We want to exercise good stewardship of resources. We want our school system to reflect a culture of continuous improvement, and we want, primarily, to launch all of our students on to success.

Another thing you would have noticed if you attended this meeting with me, was the emphasis on innovation. I heard the word repeated several times, for good reason – no one wants our school system to get stuck in the rut of doing things the same way we’ve always done them simply because that’s how they’ve been done.

And, yet again, you would have noticed the big ask. It’s understandable (especially for Loudoun) that the school system would request more money – Loudoun is growing by leaps and bounds, and swelling to outgrow the schools they already have. They NEED more money to keep up with the demands of their student body.

For the friends of our public school system who want to see innovation, improved results for students, and more financial leverage for your public school district, I have exciting news. Last year, a bill I proposed that would do exactly that came within one vote of passing the Legislature, and is again poised to pass in Virginia this session! I’m referring to the creation of Education Savings Accounts. While these were proposed last year on a somewhat restricted footing, current legislation to enact Education Savings Accounts, or ESAs, is broader, and would leave all children currently using public school eligible.

The concept is simple – give families with children enrolled in public school the freedom to strike out on their own and find an educational environment that is perfectly suited to their child’s unique needs, learning styles, and interests, and give those families a portion of the money to spend on that education that the Commonwealth would have spent if their child had remained in public school.

We don’t have to speculate about what will happen if this is done – we already know, because it’s being done in at least one other state. Arizona has been using ESAs for several years, and the results have been phenomenal. Innovation? You bet! Parents are trailblazing new ways to teach their kids with the freedom and help they now have. Results? Study after study has shown to the satisfaction of just about everyone that school choice improves educational outcomes both for students in AND out of public schools (which is why a strong majority of parents support it!). Money? Public school districts need not worry – ESAs not only save money on the state level (since pupils only get to take away a part of their allocated per-pupil funding), they leave local districts with much stronger per-pupil spending numbers, as local districts get to keep 100% of the local funding that they’d otherwise have spent on an ESA student. This is a program that stands to benefit students of all kinds – whether they stay in public school or not!

This isn’t rocket science. It’s a tried and tested means of improving a state’s public education outcomes while keeping spending in line at the same time. I hope you’re as excited as I am about what the future holds for our students!

If you have any questions about this or other legislation, don’t hesitate to give me a call at (804) 698-1033, or visit my website at votelarock.us!