Q&A About the RPV Executive Director 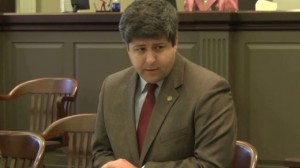 A primer on how RPV works, and the role of the Executive Director.

All the recent news and controversy about newly-appointed Republican Party of Virginia Executive Director Shaun Kenney has sparked a number of questions from readers and fellow activists. Many people—even people who have been deeply involved in Republican politics in Virginia—are unaware of some of the basics of the Executive Director position, and therefore have a hard time coming to an informed opinion. Here are the answers I’ve been providing people over the last two weeks, gathered in one concise spot.

First, as you will see below, much of the angst on display in reaction to Shaun Kenney’s prior statements as a prominent commentator is simply misplaced. Second, while there is an apparent conflict of interest relating to the consulting firm Shaun founded, this conflict is not serious and does not rise to the level that some uninformed voices in the national media have indicated.

Question:  What is the Executive Director’s job?
Answer:  The ED is the most senior staff person at RPV, and is charged with carrying out the instructions of RPV Chairman Pat Mullins.  He manages all of the day-to-day operations of the party, including the work of the other staff.  The ED is the guy that makes all the trains run on time.  Importantly, Chairman Mullins has also tasked Shaun Kenney with fundraising for the party, and has indicated that is going to be one of Shaun’s top priorities.

Question:  Does the ED run GOP primaries?
Answer:  No.  The Commonwealth runs our open primaries, via local electoral boards.  RPV staff do not run the election, count the votes, certify the results, or otherwise have anything to do with primary elections (but they do have some role in the conduct of statewide conventions, under the direction of the Chairman).  Nor do RPV staff participate in primary campaigns or assist candidates in a nomination contest.

Question:  Does the ED determine strategy for the party?
Answer:  A good executive director will be creative and a self-starter, including by thinking of new and better ways to advance the party’s goals.  However, while he may have ideas about party strategy, and while he may have a platform to advocate for those ideas, ultimately the ED serves at the pleasure of the Chairman.  It is the Chairman, in consultation with the State Central Committee, who has the final say on matters of strategy.

Question:  Does the ED set policy positions for the party?
Answer:  NO.  It is important to understand, as a threshold matter, that RPV is generally not in the business of setting any policy positions for the party.  Neither the staff nor the Chairman have any authority to dictate what the party should believe.  A past State Convention enacted the Republican Creed, and all party officials are expected to adhere to that.  Otherwise, to the extent anyone at RPV speaks to a particular policy position, it is almost always done to advance the message of our candidates.  In the absence of a candidate (e.g., right now, before we have a U.S. Senate nominee), a good chairman will recognize what the Democrats’ weaknesses are, and will have his staff exploit them.  That’s what you see coming from the RPV staff: comments, research, videos, etc., all aimed at highlighting Mark Warner’s terrible record on things like Obamacare and anti-Virginia coal-killing carbon taxes.  Otherwise, RPV typically avoids policy statements–particularly where there is significant disagreement among Republicans on an issue.

Question:  Didn’t Shaun Kenney advocate for amnesty for illegal immigrants with those radical amnesty protestors inside RPV Headquarters?
Answer:  That’s not quite what happened.  The incident in question involved an angry group of leftist radicals armed with television cameras who marched to the RPV Headquarters building in Richmond on Kenney’s second day as Executive Director.  They planned to deliver a letter demanding action on amnesty for illegal aliens, and to film the reaction by party staff to use in their propaganda campaign.  For this reason, they hoped their reception would be hostile and/or embarrassing to the GOP.  Indeed, just a couple weeks prior, the same group scored a PR win by getting one of their members arrested during a similar protest outside the Miami office of Congressman Mario Diaz-Balart (R-FL).  Instead of giving the protestors what they wanted, Kenney made a snap decision to invite them in and give them a respectful hearing.  Some have taken issue with language Kenney used in his conversation, given Kenney’s past support for a more liberal immigration policy.  I believe that’s a fair line of criticism; I think Shaun probably should have been more careful to not be perceived as criticizing his employers. But at the end of the day, instead of producing a story that said Republicans were hostile and racist to brown people, the story was that Republicans welcomed an open and respectful dialogue.  That’s a good thing…the only way we’ll break sterotypes is by acting in contravention of them.

Question:  But that’s just it…doesn’t Kenney’s past as a prolific blogger who has skewered Republicans right along with Democrats make him a bad choice for ED?!?
Answer:  To be sure, Kenney’s past writings present challenges that no other Executive Director would face.  The immigration protest kerfuffle is a case in point.  But at the same time, the appointment of one of the state’s foremost social media experts signals a new approach designed to broaden the appeal of the party: to grow our numbers while being better able to blunt Democrat attacks and caricatures of Republicans.

Question:  What about his past work for certain candidates, like supposedly Eric Cantor.  Doesn’t that create a conflict of interest that should disqualify Kenney from serving as ED?
Answer: A lot of ink has been spilled, and a lot of teeth have been gnashed, since Monday’s disclosure that K6 Consulting LLC, a company founded by Shaun Kenney, counts Rep. Eric Cantor as a client. (Jamie Radtke has a thorough and objective run-down of the story in her post here, with links to views from all sides). However, the facts in evidence do not in any way support some of the wilder conclusions that some have drawn (e.g., that Rep. Cantor bought his way into control of RPV). Although some believe–particularly those not positively disposed toward Rep. Cantor–that there is much more to this story, here’s what the available facts say:

Question:  Don’t the party’s rules prohibit this sort of thing?
Answer:  No. Although a letter from Dave Brat. Eric Cantor’s opponent for the 7th District GOP nomination, to Chairman Mullins indicates that Kenney’s reltionship to K6 violates the RPV Plan of Organization, in fact it does not. The portion of the Plan cited by Brat deals with contracts between RPV and outsiders (i.e., it prohibits the Chairman from handing out service contracts to his brother-in-law). That provision is completely inapplicable here.

Clearly, opinions may differ on the wisdom of appointing Shaun Kenney to head RPV’s day-to-day operations, and I understand that there is still some lingering mistrust of the whole situation.  Hopefully, though, everyone will form their opinions on the basis of facts, and not on uninformed hyperbole.  Personally, I think Shaun has the experience and pedigree to set a new standard for the job of Executive Director.  Although he has some unique challenges that others have not faced, I’m confident he’ll work through those, and on the other side of it we’ll have a bigger and more successful party to show for it.  I’m looking forward to working with him to accomplish that goal.

I’m happy to entertain any additional questions in the comments.