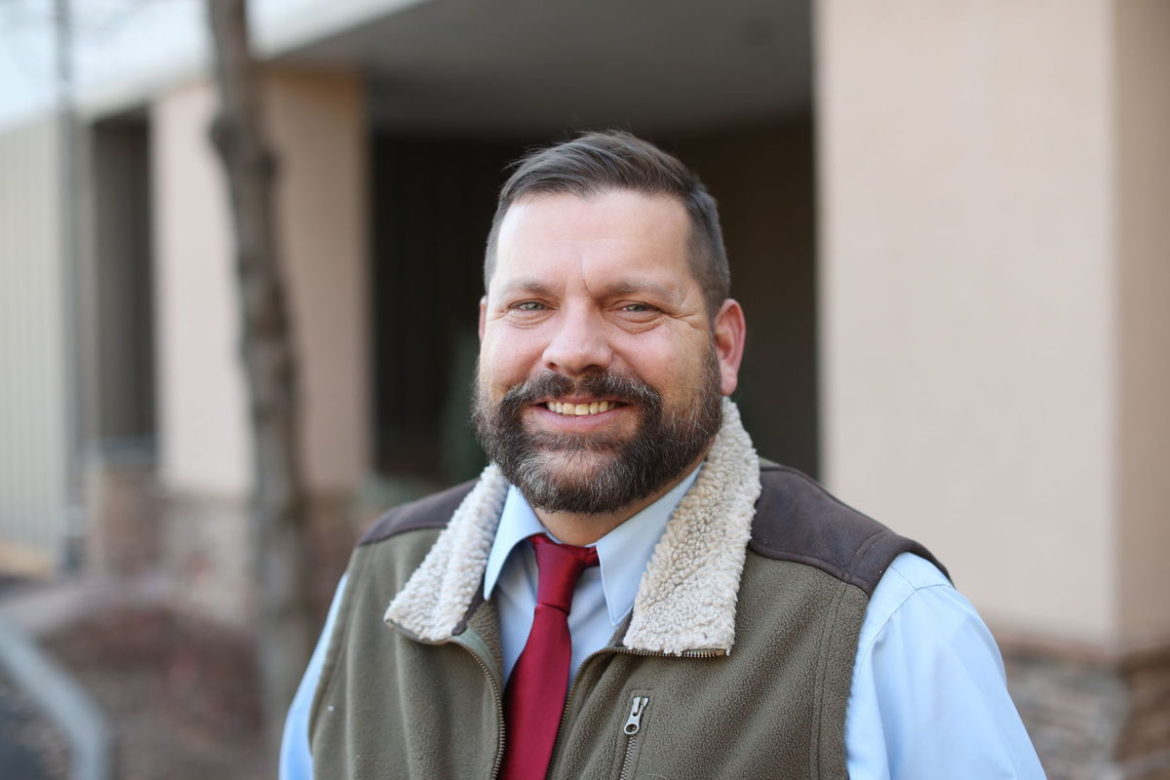 Racism is an abhorrent institution, period. No one who believes they are better, worse, or unequal based on the color of their skin has a place in the District I represent or the America I defend. The charade that took place in Charlottesville on Saturday night was either criminally naïve or an intentional image meant to stoke the bigotry and intolerance that our Commonwealth fought to bury decades ago. Unfortunately, I am under the impression that it was the latter and I have no sympathy for those who embrace it. As I learned more about the gathering that occurred this weekend, purportedly to save the Lee statue from removal, I could not believe what I was hearing. While the First Amendment protects speech and expression, whoever thought that two hundred people carrying torches was in any way productive must have failed basic American history. Regardless of any cause they wanted to represent, their actions spoke for themselves in the message they delivered and that message should be rejected by all of us.

Race relations are a complex issue in the South, especially in Virginia, but I am proud of the special role the Fifth District has played in their progress. It is the home of flawless documents written by flawed men that created a system for all man to be treated as they were created, equally. It is home of General Lee’s surrender, the symbolic end to our bloodiest war and slavery. And it was home to Barbara Johns, a young spark in the Civil Rights movement who led her high school walkout against segregation and became the only student-initiated case in Brown v. Board of Education. These positive legacies inherently stem from dark pasts. We cannot forget where we came from, for progress will not seem as sweet. The pictures and chants of Saturday evening remind us of the darkness that once intimidated millions, but it will not intimidate us now.

I embrace an ideology rooted in protecting the ultimate minority  the individual. Collectivization based on race or any other distinguishing trait has no home in republican principles. These practices inherently divide us, run counter to our core, and regressively reject others from joining our cause. There is no home in my partythe party of our founding documents, the party of Lincoln, and the party that fought to pass the Civil Rights Act for a race-based organization. For as much rhetoric as the modern Left uses to associate these actions with my party, I expected to see more of Virginia’s democratic leaders condemn these actions, yet Senator Kaine and Governor McAuliffe remain silent.

As a soldier, prosecutor, and legislator, I’ve devoted my life to defending American ideals. Anyone who believes the color of a person’s skin makes us different is an anathema to the values I’ve fought for. We must remove the plank from our own eyes and work together, regardless of partisanship, to reject these organizations and look beyond physical differences on our way to our more perfect union.

Unless the growth in interracial marriage takes a sudden about-face, this issue is ultimately self correcting. Love prevails.

I agree that racism is abhorrent, whether practiced by whites or blacks or any other group. I was not at the protest and must admit ignorance to what was said or done at that time. However, the left’s attempt to remove statues is not to eliminate signs of bigotry but to eliminate our history. They wish to pretend that our past does not exist, and history can be eliminated by removing a few statues. Robert E Lee, Stonewall Jackson and others are just as important to our history as those who fought on the other side of the Civil War. On BOTH sides, the men who gave their lives believed they were fighting for their honor and way of life as well as for what they felt was right.

Our recent practice of looking at our history without considering the times in context is a disturbing one. We cannot eliminate racism by pretending our past never existed. We must accept our past rather than putting on blinders and uprooting monuments to important historical figures.

Just don’t be surprised once they get Trump kicked out that politicians start pushing for a constitution change to restrict candidates for president to only those people who have extensive time in elected office. When that happens you better be on the way to another country right quick, because one little change of anything is never the last word with politicians.

I am very disturbed by the tear down of the latest statue in New Orleans, PT Beauregard. There are statements out of the Democratic Governor’s office that measures in the La. legislature to stop historical removals UNLESS put to a referendum are “Divisive”. Well, apparently “divisive” is when everyone doesn’t automatically jump on the left-wing bandwagon without question.

It is very unfortunate that the likes of Richard Spencer, whom the majority of statue supporters actively disavow, attempted to hijack the discussion of historical monuments in Virginia for his own selfish agenda. I call on Rep. Garrett to recognize the rancor, hate, and one-sidedness that Charlottesville city council has brought upon its city by voting to remove the R.E. Lee monument.

RACED BASE…like race baiting or reversed racism? …so what did they say at the monument? I am glad there are people standing firm for what they believe and are part of a honoring veterans who fought on either side in the war.I am one that does not like when anarchists today rioting against elections, the constitution, speakers at events,and commit felonies of great bodily harm, mayhem, were you there too? Did you write about black lives matter wanting to kill whites and policemen?? Or the black panthers in all their law breaking. What about all that rhetoric? Or are you just against people who don’t want their history and rights torn down to appease people who hate this nation.

his statement has nothing to do with the Monument issue. If anything, it eludes to his support of keeping it.

Hate this nation? Because they want to get rid of monuments to hate, slavery and anti Americanism ? Really ?

Right … all about hate, slavery and yadda, yadda?

Read Jefferson Davis on the subject … and many others voices of the era and you find out that the over-arching concern was that the federal government was centralizing with vehemence its control over the states. Although slavery may have been the occasion, nascent Swamp Fear was the cause of the War between the States.

This particular ‘Slavery was the Cause’ narrative is particularly useful to the Massa Elites who have enslaved us all. It helps to keep everyone at everyone else’s throats.

Read the Confederate states’ own, explicit reasons for seceding. The word slavery appears 38 times. They specifically say “this is because of slavery.” It’s right there, clear as day.

Georgia: The people of Georgia having dissolved their political connection with the Government of the United States of America, present to their confederates and the world the causes which have led to the separation. For the last ten years we have had numerous and serious causes of complaint against our non-slave-holding confederate States with reference to the subject of African slavery.

Mississippi: In the momentous step which our State has taken of dissolving its connection with the government of which we so long formed a part, it is but just that we should declare the prominent reasons which have induced our course.

Our position is thoroughly identified with the institution of slavery– the greatest material interest of the world. Its labor supplies the product which constitutes by far the largest and most important portions of commerce of the earth.

You are quite right. The succession documents are repetitive as you say and if this is your sole focus in the history of the era, you will conclude as you do. And nothing I say will move you.

But I say to the other readers this. That if you are widely versed in the historical literature of the era, you will find that slavery was not the sole cause, and you might well conclude that there were even more compelling reasons for the rupture. But there is more to the story. The Southern states, at the time of the rupture, needed a Lawful (legal) reason to leave the union.

So what was the legal reason? The legal reason for the Southern states leaving the union was based upon breach of contract as was in point of fact the case in another famous legal document, the Declaration of Independence. In breach of contract law, failure to perform on just one term of a contract is all that is necessary to render an entire contract void of force. And what was the most compelling, the most conspicuous breach of the day most widely understood by one and all? It was the failure of the federalized central government to fulfill, to uphold and affirm, to enforce the provisions for institution of slavery as embedded within the text of the Constitution for the united States. The Southerners, with a keen eye cast towards the political consciousness of the day, simply seized upon what was their incontestably strongest legal argument … and ran with it.

Thus slavery, as Jefferson Davis famously stated, was ‘made occasion (legally) of the war but was not the cause.’

The truth is that race based rhetoric has been quintessentially All-American for many decades now, and aggressively promoted by the elitist policies of both allegedly main stream political parties. Racism as a deliberately implemented ‘divide and conquer’ stratagem has been aggressively promoted and marketed by the party of the Radical Left as well as passively enabled and cultured by the party of the Accommodating Right.

The very young, in viewing this article of political profession and seeing that almost everything about them is a lie, will not buy into what they perceive to be empty self-promoting rhetoric at odds with their perception of reality as it is. Clearly, the political parties in America must reset, or else slide into obscurity. Argue with me as you may, but time has its way with all of us.

this is well said … how will new parties arise soon?

wait – you condem the racist, torch bears yet you blame the democrats? Uh?