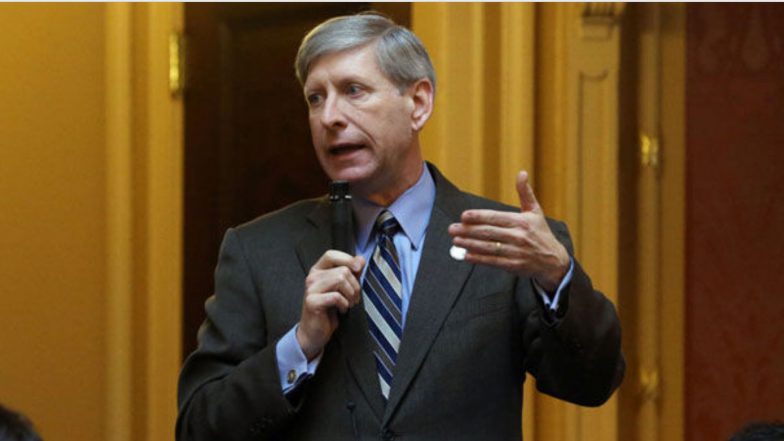 Race to Replace Steve Landes in the House of Delegates

Or we should say that Delegate Landes is leaving the House to run for the Clerk of the Court in Augusta County.  Steve Landes, long time House of Delegates Member from Augusta County, has announced his retirement earlier this week. Landes has represented the 25th District, which encompasses parts of Augusta, Rockingham, and Albemarle Counties, for approximately 12 terms. Landes considers one of his major legislative achievements in the House to be a bill he sponsored which would help alleviate the shortage of teachers in Virginia by waiving certain licensing requirements.

Three people are running in the GOP Firehouse Primary to replace Delegate Landes. 1st is Augusta Supervisor Marshall Pattie (North River District). 2nd is  of Rockbridge County. 3rd is Richard Fox of Crozet. Mr. Fox is a farmer and is supported by members of the Liberty Caucus from Albemarle and Greene Counties. Mr. Runion has already been endorsed by Rockingham Clerk of the Court Chaz Haywood and several members of the Rockingham Board of Supervisors. Currently there are 2 communists vying for the seat, Jennifer Kitchen and Lauren Thompson. The District is heavily Republican, with Landes having won by nearly 19% in 2017, a bad year for the GOP up and down the ticket.

Mr. Landes is very likely to be the next Clerk of the Court of Augusta, given the heavily Republican lean of Augusta County and his formidable turnout machine. And whoever wins the GOP Firehouse Primary on April 27 will be the likely Delegate from the 25th Legislative District.

Race to Replace Steve Landes in the House of Delegates was last modified: March 7th, 2019 by John Massoud