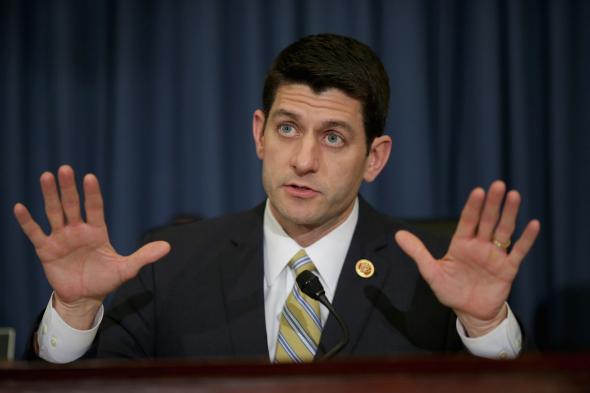 Two of the many critical issues facing American voters today are the illegal and the legal immigration disaster that has gone unaddressed by serial Congresses and encouraged by successive presidents; and the forthcoming vote on the Trans Pacific Partnership (TPP) that, like NAFTA and other trade agreements since the 1990s, promises to visit even more economic calamity on Middle America and the staggering economy.

Unfortunately Rep. Paul Ryan (R-WI), the presumptive new Speaker of the House, will be of no help to working Americans on either issue.

Ryan has not just been an “open borders” advocate, he can only be described as an immigration radical who believes in amnesty for illegals, apparently unlimited immigration without quotas, and, as revealed by Breitbart’s Julia Hahn in a number of stunning videos, Ryan thinks every American job should be open to anyone, from any country.

Making nationhood and the well being of American citizens subservient to foreign interests, of course, is not a historically “conservative” position, nor is it the opinion of the broad base of the Republican Party or the country. (Ryan has a Conservative Review score of “F”).

Less known is that Ryan is not simply an advocate for the new TPP monstrosity, but its foremost advocate inside the Congress, and as Chairman of the powerful Ways and Means Committee has used that position to push both unlimited trade authority for President Obama, but to scuttle amendments that would have preemptively dealt with immigration issues we now know are contained in the still “secret” TPP agreement.

The TPP is, of course, an agreement with eleven Asian nations that is euphemistically called a “free trade” agreement by Ryan and other globalist politicians in the Congress. These agreements since NAFTA have produced massive economic dislocations and job loss, decimated U.S. manufacturing capacity, and produced staggering and unending trade imbalances, exporting trillions of U.S. dollars to friends and foes abroad.

The evidence is fairly clear, these are not “free trade,” but managed trade arrangements drafted, like TPP, by largely unknown and unaccountable bureaucrats, international companies and their lobbyists, and special interest groups that will directly benefit from the agreements.

As with immigration, support of TPP as we now understand it, thanks largely to Sen. Jeff Sessions (R-AL) , is not a historically “conservative” position; managed trade instead of genuine reciprocal free trade, is a concoction of the statist, top down mindset and is outside of what of most Republicans support.

Nearing the eve of Ryan’s elevation to third in line to the Presidency, the marvel is that Washington, D.C., and both political parties remain about as far removed from the nation’s immediate concerns and solutions as they could possibly be. The nation has depression-era unemployment and underemployment, all time high rates of food stamp use and poverty, record minority joblessness, a collapsing government education system, and healthcare costs that are skyrocketing as Obamacare implodes.

But Washington is consumed with…Washington. The leadership of both parties have been unable or unwilling to address the crisis level implications of the stagnating U.S. economy, dropping incomes, unfettered and unlimited illegal and legal immigration, and the deteriorating defense posture of the nation in a world that is unraveling.

Ryan wants to make things “work,” but the question is what does he mean by work? Immigration, TPP, further growth of the monster government? Evidently Ryan has assured fellow House members that he’ll not bully the process and circumvent the Hastert Rule, meaning that no legislation will be promoted to the floor unless a majority of Republicans support it.

The obvious questions every citizen should be asking their Representative today and tomorrow is, do you or don’t you support Ryan’s “open border, open job” positions, and do you support ramming TPP through the House process with virtually no input from citizens, who have yet to see it, and might not see it until after the vote?