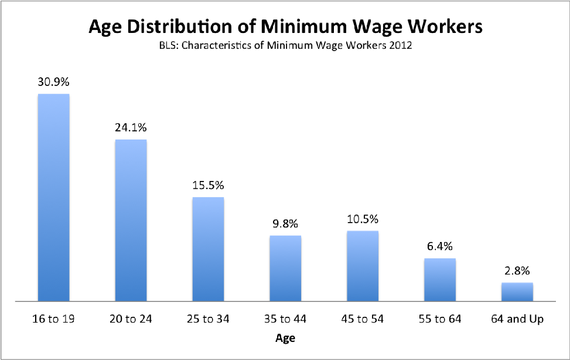 Raising The Minimum Wage in Virginia to $15.15, Ten Supporters in the House of Delegates

I urge readers to study this list of the ten patrons of house bill 1512 which would raise the minimum wage to $15.15 an hour, more than double the current $7.25.[read_more]These people are in desperate need of a basic college course in economics.  Do they not understand that this would force thousands of people out of the work force? Do they not understand that businesses would quickly move to automate everything?

Does Virginia really want to throw teenagers and young adults out of work? As chart below shows, the majority of those making minimum wage are under 24. Many of these are kids with their first job. How many businesses are going to hire an 18 year old if they have to pay him $15.15 an hour? Such a requirement would force more businesses to automate, and perhaps that’s not a bad thing, but it would be disastrous for current minimum wage earners.

Study the growing list of democrats in the House of Delegates who are supporting this crazy bill. My personal opinion, these representatives are too ignorant of basic economics to be making laws. They shouldn’t be representing anyone.