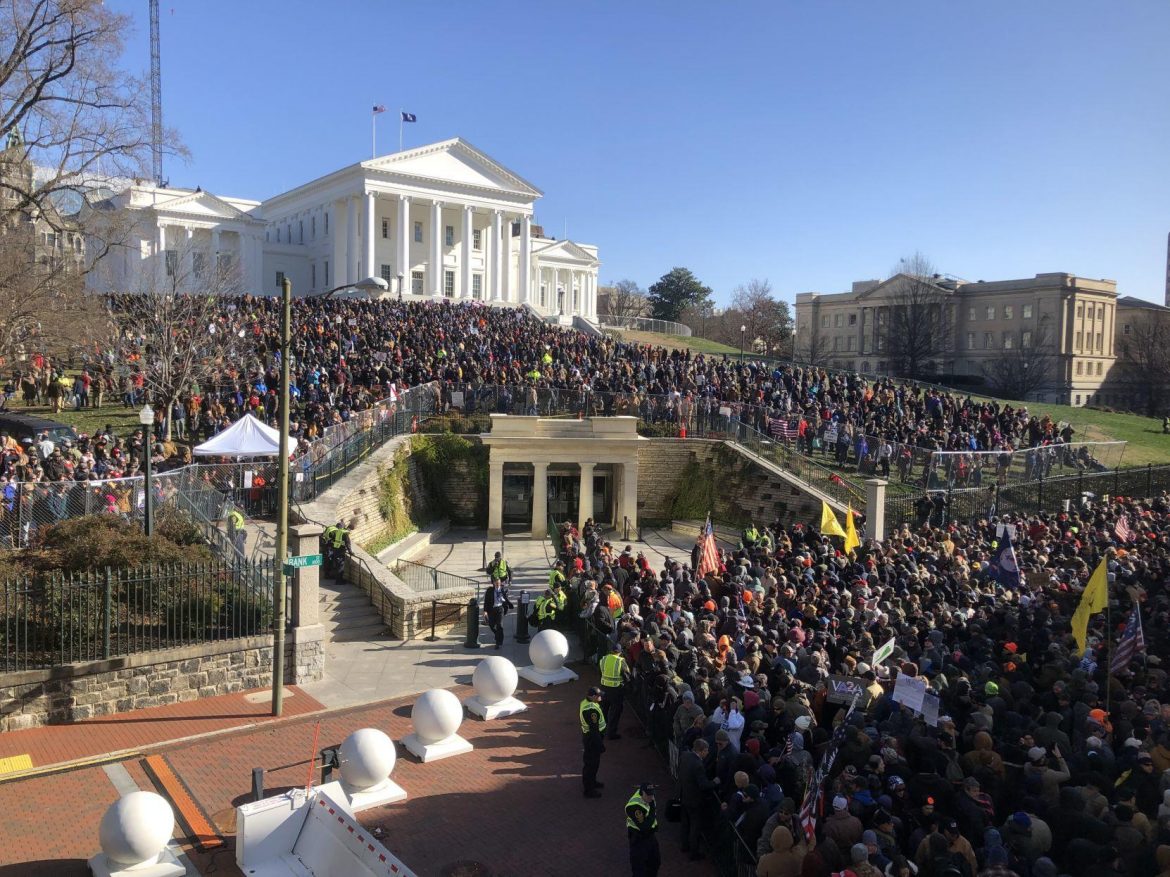 Despite the Governor’s best efforts to incite and ruin the VCDL rally for Lobby Day in Richmond, the crowds were calm, patriotic, and respectful with no incidents reported. All of the left’s media outlets screamed like Chicken Little over this rally and nothing happened. They were all wrong.

Photos from the rally: