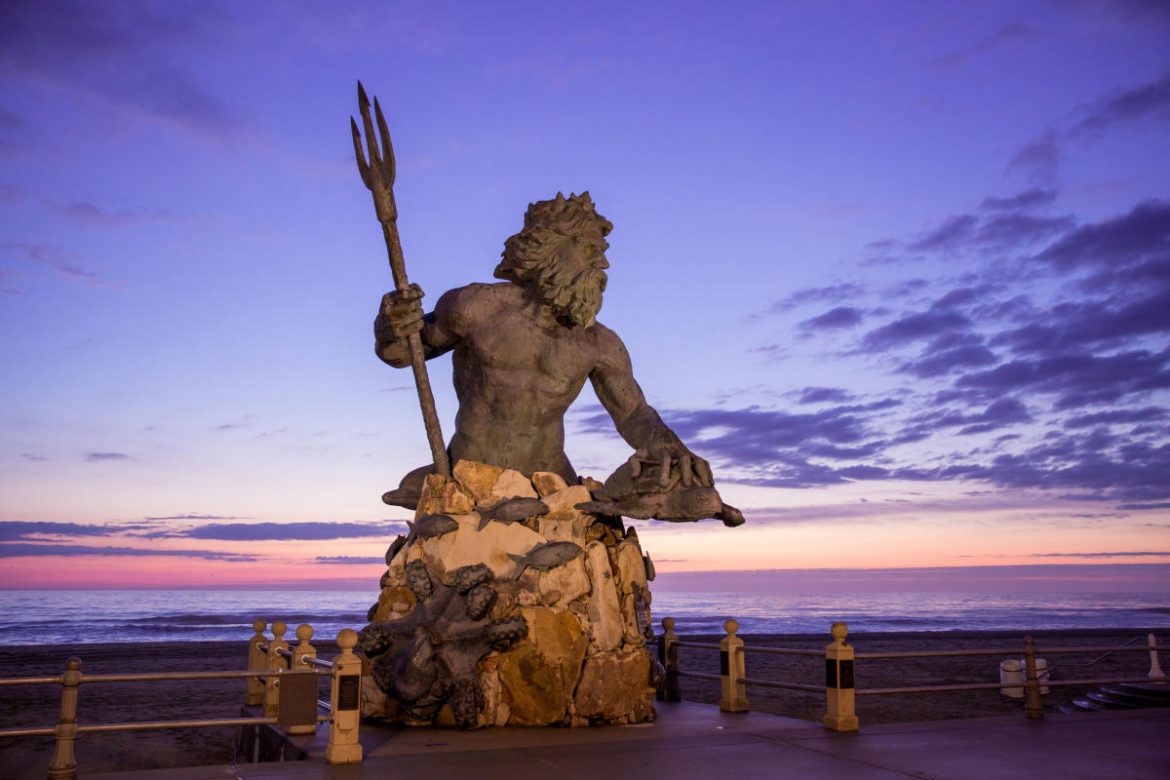 While some governors are preparing to gradually reopen their state economies with social distancing and restrictions, noncommittal Ralph Northam seems ready to stretch this misery out for months.

Long after Covid-19 is forecast to be inactive.

Last night, during a virtual town hall, Northam once again deflated expectations that his stay-at-home order – as it affects coastal Virginia, anyway – might be revoked before June 10.

Question: Is it reasonable to expect large events this summer?

Gov. Ralph Northam: I would like to say by July the virus will be in our rear view mirror, but I wouldnâ€™t recommend summer events right now such as festivals and beaches opening.

He wouldnâ€™t recommend summer events such as beaches being open by July?

The IHME model, which the White House and governors gobbled up earlier in this season of Pandemonia, now predicts that Virginia will reach its peak infections on April 23.

For those whoâ€™ve lost track of time, thatâ€™s tomorrow.

The model shows a short plateau and then a steady drop in hospitalizations and deaths, tapering off to almost nothing by the end of May.

So why in the world would summer events be cancelled in JULY? Why would beaches remain closed?

I know, I know, models change day by day. And the only thing they seem to have in common is a habit of being wrong. Still, theyâ€™re all we have to work with.

The governor said that more testing was needed before Virginia could reopen, but he was vague about how he planned to get that done. Northamâ€™s lagged well behind other governors in securing kits, almost as if he were in no hurry to jump start the commonwealth.

Lest anyone think all I care about is sprawling on the beach, this is not about my tan lines.

Virginia Beach is nicknamed the Resort City for a reason. Its lifeblood is tourism. With beaches closed, tourism is dead. That means empty hotels, restaurants, city coffers and a surge in unemployment, followed by reduced city services and deep cuts to the school budget.

The gruesome effects of Northamâ€™s shutdown will be felt in these parts for years.

I donâ€™t want to drown you in numbers, but in 2017, Virginia Beach hosted 19 million visitors. International tourists accounted for about 408,000 of them. That meant about $2.45 billion in direct spending on travel-related activities.

International visitors are off the table this year. But so are ALL tourists if the governor stubbornly keeps the beaches closed.

On a regional level, tourism-supported jobs totaled 48,020 ($1.07 billion in salaries) while local and state tourism-related taxes derived from activity in Virginia Beach were $419.9 million.

On a state level, spending by domestic travelers to Virginia in 2017 equaled $68 million a day. Overall travel expenditures increased 4.4 percent to $24.8 billion. As the fifth largest private employer in Virginia, the travel and tourism industry supported more than 232,000 jobs and $5.9 billion in payroll.

Virginia Beach already missed out on big money-making weekends: The Shamrock Marathon in March, Something In The Water Festival this weekend and Memorial Dayâ€™s Patriotic Festival.

Now it sounds as if Northam is ready to kill the Fourth of July, too. This, despite a lack of evidence that the Covid-19 virus spreads easily outside. In fact, if thereâ€™s one thing virologists seem to agree on, itâ€™s that the virus spreads more easily indoors and on crowded public transportation.

If the governor keeps the beaches closed beyond June 10, it will be catastrophic.

He simply has to stop moving the goalposts.

On March 13th we were told we needed to shut down Virginia for â€œ15 days to slow the spread.â€

The purpose was to slow the infection so that hospitals would not be overrun when we became sick.

Not only have most Virginia hospitals not been inundated with patients, but some are laying off staff due to the cancellation of elective procedures. More than 30,000 Virginia healthcare workers have lost their jobs during the pandemic.

On March 23, Northam cancelled schools for the academic year. Then, on March 30 he issued his extreme stay-at-home order until June 10.

Now heâ€™s hinting that Virginia Beach will be closed through part of the summer.

There are responsible ways to reopen the economy while incorporating social distancing. Restaurants can reduce the number of tables and shops can limit the number of customers and require masks.

Shoot, in conjunction with reopening the beaches, Virginia Beach could hold a citywide â€œKeep Your Distanceâ€ poster contest for kids who are home pretending to study while their work is not being graded.

The winning sign could be plastered all along the Boardwalk to remind beachgoers to give each other some space.

No one will be forced to venture out in public if they donâ€™t feel comfortable even after the hospitalizations and deaths decline.

But the shutdown has to end. And Virginia needs to start planning for it.