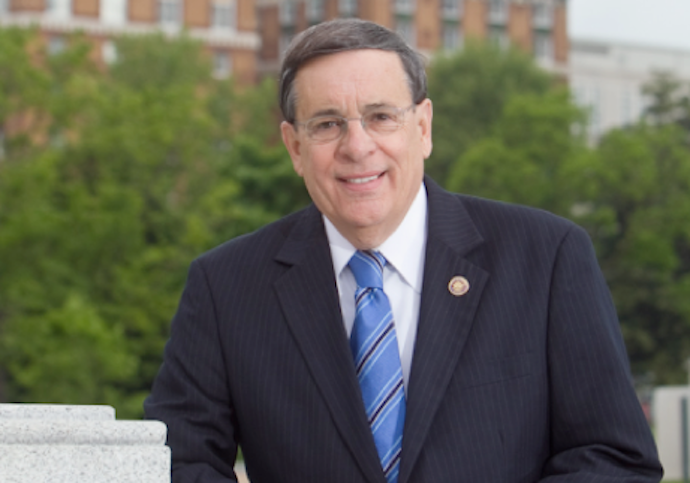 Ralph Smith was (or is?) a candidate for Chairman of the Republican Party of Virginia’s Sixth Congressional District.  The former Senator is a favorite among conservatives for his sterling leadership and voting record while in the Virginia Senate, from which he retired last year.  He is a formidable figure in any contest for his ability to vote conservative while still appealing to moderates.

Last night, via an email to supporters and a Facebook post, Smith appears to have taken a step back from the race.  Saying that when he was first approached by party leaders (whom we understand to include Rep. Bob Goodlatte) to run in place of current Sixth District Chairman Wendell Walker, he thought he “could use [his] skills as a unifer and consensus-builder to bridge the gap that exists among factional elements with the party.”

After a string of defeats and setbacks for Goodlatte/Smith candidates in county Republican chairman races, Smith appears to have concluded that the divide he was seeking to bridge has only gotten wider:

The outcomes of recent local unit chairmanship races and the degree of turnover within those units, makes it abundantly clear that the gap within the Republican party that I saw earlier has continued to expand rather than shrink.

Smith goes on to cite the “rude, crude, and obnoxious campaigning” of our current presidential frontrunner, and the temerity of someone seeking to challenge Bob Goodlatte for the party’s nomination, as contributing factors in creating a “caustic environment” where ideologically zealous “newly emerging leadership is losing sight of practical electability.”

The Sixth District is but an indicator of what’s happening on the national scene. Donald Trump’s rude, crude, and obnoxious campaigning has made him the frontrunner in the race for the Republican nomination for President. The “gap” that existed when I began this race has unfortunately expanded to a chasm. Not only does this divide affect elements within our party, but it also reflects an even greater disconnect between our party and the electorate itself! For example, while so many of the newly elected unit leaders apparently support Congressman Bob Goodlatte’s primary opponent, clearly a substantial majority of the voters within the district support our responsive and effective Congressman. The idealogical zeal of this newly emerging leadership is losing sight of practical electability.

Smith does not identify the ideology involved, and citing the infamously non-ideological Trump as an example in this regard suggests that “ideological zeal” is here used simply to describe something Smith finds politically unlikeable.  Most (all, perhaps) of the new county chairmen in question, for instance, are identifiable as traditional conservatives like Smith, not as the populist usurpers he paints them to be.  For now, at least, most if not all have in fact not supported Rep. Goodlatte’s challenger.

Realizing that the environment has changed significantly since I entered this race for Chairman, there is nothing to make me want to work in a caustic environment that essentially wants to run a new candidate for every current Republican officeholder in the District and the Commonwealth. Consequently, I have decided to re-direct my energies and efforts to helping proven conservative leaders who have been serving their constituents well.

Although he doesn’t definitively say he is dropping out of the race, earlier in the evening, at the Roanoke County GOP mass meeting, Smith was a little clearer about his intentions, and his motivations.  The Bull Elephant has obtained audio from last night’s meeting, capturing the last two-thirds of Smith’s speech to the gathered Republicans.

I will tell you, without a majority of the committee chairs in the rest of the Sixth District, I will not serve, even if elected.

So, apparently, for Sen. Smith, wanting to “bridge the gap that exists among factional elements within the party” means making sure *his* people have a majority.  Now that those other people make up a large majority of the committee he seeks to lead, he’s not so sure he wants the job.

That’s disappointing to hear from Ralph Smith, particularly when so many of those other folks have regarded him as a conservative hero for his service in the Virginia Senate.

Clearly Smith is unhappy with how his and Rep. Goodlatte’s efforts in eliminating some of that “gap” have unfolded this cycle.  One senses that Smith might have been advised that, by getting current Chairman Wendell Walker to step down to make a spot for the venerated former Senator, and with the backing of Goodlatte and other well-established elected Republicans in the district, the path to victory would be assured.  If so advised, Smith should be questioning the acumen of those doing the advising, who obviously do not have much of a sense of the voters in the Sixth District.

Has Sen. Smith affirmatively dropped out of the race?  No one with whom we’ve spoken has indicated they are aware of a formal withdrawal.  Although Smith certainly wanted to impart some sense that he is intending to drop out, it seems odd that he wouldn’t simply say so.  In both his speech at his written statement he stops short of actually declaring that he’s no longer a candidate, and saying he’d refuse to serve without a majority on the committee suggests any withdrawal is conditional on some future whip count after all the mass meetings are done. So, we’ll have to wait and see if this actually pans out, or if the old conservative lion of the Senate will make a return on the convention floor in May.

In any case, we appreciate Ralph Smith’s service, both in the Senate and in the party, and wish him well in whatever comes next.