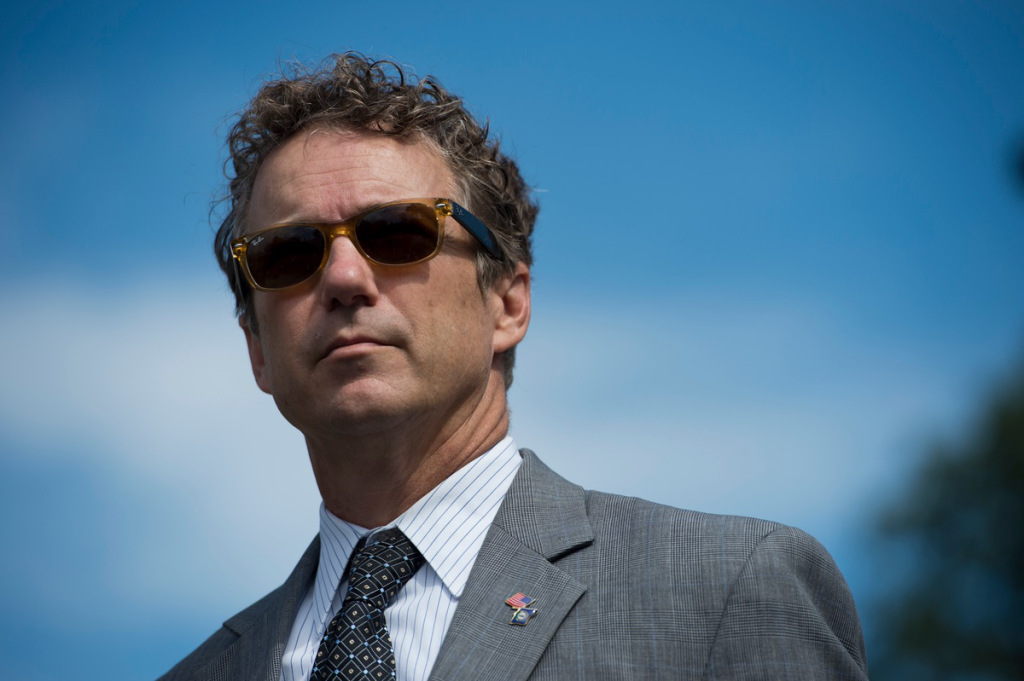 Senator Rand Paul has hired veteran Republican advisor Chris LaCivita as he prepares for a run for President in 2016. Dr. Paul sees LaCivita as someone who can help him to bridge the gap between Tea Party Republicans and establishment Republicans.[read_more]

Chris LaCivita has been on the winning side of campaigns and the losing side. He most recently helped Pat Roberts win his re-election bid for Senate in Kansas. LaCivita gained fame in 2004 when he organized the Swift Boat Veterans campaign against John Kerry.

“I never lost a wink of sleep over it,” Mr. LaCivita said. I’d do it again tomorrow.”

LaCivita also advised on the losing campaigns of Allen West in Florida and Connecticut Senate candidate Linda McMahon. In 2013 he ran and lost Ken Cuccinelli’s campaign for Governor of Virginia. Many Republicans blamed LaCivita for Cuccinelli’s loss because of his refusal to “let Ken be Ken”.  LaCivita detractors criticized him for making Ken turn to the middle, running a milk toast campaign that was not Ken Cuccinelli. If LaCivita does the same thing with Dr. Paul the Senator will meet the same disastrous results in his bid for President..

“We have to nominate a conservative who can win,” Mr. LaCivita said. “Rand is first and foremost a conservative, but he’s not afraid to expand the party’s tent by competing for nontraditional GOP voters like young people and minorities.”

Rand Paul Hires Chris LaCivita As Advisor for a Presidential Run in 2016 was last modified: January 13th, 2015 by Jeanine Martin

It’s not LaCavita according to this article.

We conservatives constantly emphasize personal responsibility. Right? So, let’s apply our principle of personal responsibility to Cuccinelli. He and he alone was responsible for the conduct of his campaign. And if he (according to some of you) allowed LaCivita to pull a Jedi Mind Trick on him, then whose fault is that? The fact is the ill-advised, ill-timed, ill-conceived government shutdown led by Ted Cruz (whom I otherwise like) hurt the our ticket in October 2013. Combine that with a rather non-photogenic, rather inarticulate, poorly sounding candidate, and we lose. Stop blaming our loss in 2013 on LaCivita.

Why do politicians hire consultants if they are ignore their advice. When Ken realized his error it was very difficult for him to wrest his campaign away from LaCivita and the others. But he did it, and nearly won.

That is why its called “advice” and not dictate or command. Whenever you “hire” someone for any task or advice you better be as clear as possible as to the parameters of what YOU want from them, otherwise you are casting your fate to the wind. They are not in it for you they are in it for the payout and that next client. Basic consulting 101 a course Cuccinelli failed to review apparently though I’ve never head or read him state his consultants were a contributing factor in his loss.

maybe it was Ken’s policies that defeated him? just a thought

Maybe one day people will stop blaming the establishment for Cuccinelli’s loss. Probably around the same time people actually look at the raw numbers and see that McAuliffe got almost as many votes as Bob McDonnell in 2009 and yet still barely won. That means turnout was way above normal. Cuccinelli maxed out his votes, he wasn’t going to win that election no matter how much more money was dumped into it. LaCivita won Cuccinelli the 2009 AG nomination, so explain again how he’s some kind of enemy of conservatives?

Sorry don’t follow the logic here McAuliffe(D) vote count = McDonnell (R) vote count therefore Cuccinelli (R) MUST have maxed out his vote count. No actual numbers provided, no turnout estimates by party, you may have a point but I can’t follow how you got there or what it may have to do with people blaming the establishment for Cuccinelli’s loss.

Do you think Sessoms and Bill Bolling voted for McDonnell? Now, do you think they voted for McAulliffe? I do. Sessoms endorsed McAullife and Bolling publicly questioned the tech endorsement Cuccinelli got over Green tech McAwful. So, when you count your numbers and don’t realize there is crossover, you’re missing the big picture. I blame the establishment and I blame Cuccinelli’s obsession with sodomy laws which made my attempts to convince Sarvis supporters to vote for Cuccinelli a lot more difficult.

I realize there is crossover, that’s the entire point. The fact that McAuliffe got the raw votes for McDonnell’s landslide and yet still barely won shows that both McAuliffe and Cuccinelli were able to increase turnout significantly. Cuccinelli increased turnout among the GOP base but lost swing voters that voted for McDonnell and that combined with McAuliffe increasing turnout among his base was the last nail in the coffin. More money wouldn’t have made the difference and the establishment as far as RNC and RGA are concerned invested as much in Cuccinelli as they did McDonnell. The only difference is that McDonnell got his money from the RNC and not the RGA at the time. But I do agree Cuccinelli’s obsession with social issues is what did him in. Based on his performance otherwise, its safe to say that was the deciding issue for the voters who made the difference.

After the Cuccinelli debacle, who in their “right” mind would contribute one penny to a campaign involving LaCivita? Not me!!!

look, I really like LaCivita. but he didn’t force Ken to lose. In fact, when KC was nominated for AG at the same convention that also nominated Gov McD (by the way), the rabid evangelical class thought LaCivita was brilliant. remember “Don’t Tread on Me”? remember that this was such a TEA party victory? now yall don’t like him?

It is amazing to me how the Republican Political Consultant class continues to fail upward. Based on his record presented he failed at the Senate level, Representative level, Governor level then wins at the Senate level in the wave election of 2014. What a track record.

I can’t say it better than to quote Jeanine: LaCivita should get “credit” for “making Ken [Cuccinelli] turn to the middle, running a milk toast campaign that was
not Ken Cuccinelli. If LaCivita does the same thing with Dr. Paul the
Senator will meet the same disastrous results in his bid for President.”

Which is why Rand should have known better than to hire the man. Mr. Morton Blackwell is right – Personnel is policy. This is a terrible start for a man who was in my top tier of candidates. Picking one of the worst enemies of Virginia conservatives isn’t exactly the ticket for success here in 2016,