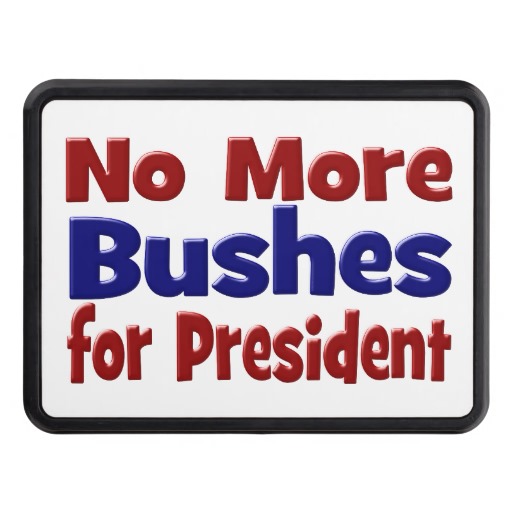 To conservatives who would be OK with a progressive, big government Republican as the 2016 GOP nominee: Let’s remember what happened last time we tried that.

We can’t afford to repeat the era of big spending, big government, interventionist conservatism that we saw unfold under the last Republican president. Hopefully voters will be more discerning in next year’s GOP primary. After all, we only get to make this choice once every four years.

I don’t care for Jeb Bush’s policy positions BUT he has been honest and forthright regarding what they are and consistent if somewhat tongue tied in his support of them, Marco Rubio on the other hand has consistently demonstrated to me during his short political career at the national level a complete lack of honesty regarding policy position statements and an eager willingness to shape his positions to what ever audience he is addressing. It’s amusing to listen to him in front of a MSM interviewer vs someone from Telemundo. I’m convinced he thinks there are no native born Americans that speak Spanish and having been an elected state official in the region I grew up in Florida, he should know better. If the horrible choice is Jeb or a Richard Nixon clone I’ll take Jeb and the Bush baggage every time.

Thankfully, these two are not our only choices.

Completely true but can be assured that they will be the ONLY two the national party will be attempting to shove down the throat of the American voter.every foot of the way to the convention.

Only thing stopping ¡Jeb! Measuring drapes is Donald Trump. Now Plan B is Rubio. Neither is good enough.

I don’t think that there is any danger of another Bush in the white house. Hopefully, Jeb’s flameout will result in a boost for Marco Rubio