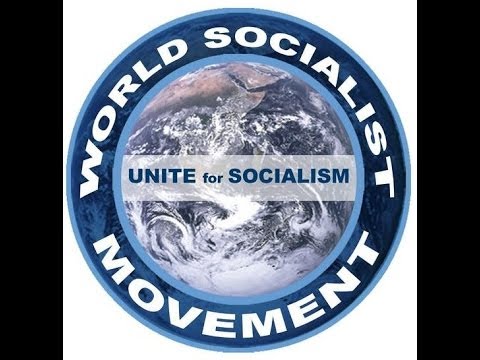 “No new taxes” was the rallying cry of George H.W. Bush’s successful presidential campaign.  It was a promise to continue the Reagan legacy. But a few years later, then President Bush repudiated this fundamental promise of his campaign.  Thus began yet another “dangerous flirtation” with ever bigger and ever more socialist government.  Bush lost his next election thanks to Clinton’s “Its the economy, Stupid” slogan.

This “dangerous flirtation” became the essence of government policy through the next three presidents.  It expanded the US budget and exploded the welfare state.  It relegated American citizenship to lesser status and placed American interests around the world second to global socialist desires.  The situation became so dire that Donald Trump was elected as President based upon returning America to Americans or, as he said, “Make America Great Again”.

It is quite obvious at this juncture that an America First presidency has not sat well with the global socialists in both parties.  Clinton sold American technology and business opportunities to the highest bidder anywhere in the world.  Bush 2, focused on 9/11 and its aftermath, was quickly co-opted by the siren song of a world where multiculturalism and welfare were the obligations of government.  Obama was so socialist in outlook that he viewed America and Americans as an impediment to success in world affairs.

The GOP establishment still believes that global socialism done right will lead to a better America.  Thus, the GOPe fights tooth and nail against virtually every aspect of Trump policy.  Both John McCain and George W. Bush have condemned nationalism and nativism as if valuing citizenship is somehow wrong and distasteful.  (Former President Bush, in an unprecedented attack on the Trump presidency, took him to task over his America First policies– something he did not do during the entirety of the Obama presidency.)

The Democrat Party has fully embraced the global socialist perspective and agenda. Democrats think the European Union is on the right track even in the face of the multicultural disaster of open immigration with its drain on an already teetering welfare state.  The “resist” movement is filled with Democrat supported radical leftists who advocate for anti-constitutional violence and even for the assassination of President Trump.

To me, globalism was to be limited to economics and trade among nations.  However, as time passed, it became the basis for much more – with entire governments, military affairs, cultural activities, living environments and societies based upon utopian socialist principles that have failed in the past and have no hope of succeeding in the future. Global socialism, unfortunately, promises a substantial likelihood of plunging the world into disaster.

Nations exist for a reason.  Unlike the past where conquest and plunder was the basis for obtaining resources to fuel an expansionist power, the world is now much more stable and civilized thanks to nationalism and populism.  The danger lies in global socialism, and the citizenry of many nations, particularly in Western Europe, are now realizing that the solution is a return to concepts of patriotism and citizenry that are inherently nationalistic.

“Vote Republican: we’re not as bad as you think…”
“Republicans want the same things Democrats want, but not so fast.”
“Republicans are the tax-collectors for the Welfare State.” (Ronald Reagan)

Not anymore Va. Republicans allow and will continue to allow Va. Contractors to employ illegal aliens, drug dealers child molesters and killers as unlicensed contractors as Attorney General Ken Cuccinelli and Governor Bob McDonnell did. No taxes paid not one of these criminals had a Va Employment Commission Account.

Both political party’s are incompetant thieves, crooks, and $iars. They are not managers. Their staffs should be competant in the issues, instead, they are nothing more than re-election campaign hacks. Congress relies on Wall St. and their lobbyists to write legislation for them because they cannot, as they are lazy, corrupt, and incompetant. Trump, Obama, Congress, don’t know squat about healthcare. They cannot write any healthcare legislation. Wall St./lobbyists write the garbage for them.

Do you EVER agree with anything?

Sorta, I agree with both you and Steve, in that you two run a wonderful blog! Also, you have never seen me disagree with Scripture.

The Political Gospel is what this story is.

Fantastic piece of clarity for the blind. Many Uni-Party, multiculturalists, globalist, properly all under the umbrella of “Cultural Marxism”, run within our own RPV Congressional commitees and in SCC. These Republican cultural Marxists try hard to root out the voice of ordinary people, nationalists, populists, who are for America First. They don’t realize that they help to place “America Last” and actual are part of the cultural Marxist movement. Cultural Marxists within the Republican Party are more dangerous because unlike Democrats who wave their flag openly, these individuals are within our walls talking like us while undermining our Judeo-Christian foundation. Just a thought.

The establishment is out of touch. I forgot who wrote it, but Jeb and the others support many of the same policies as the Democrats, but just implementing them at a slower rate.

Modern conservatism is just progressivism with a speed limit.

History is repeating itself again with the Va Gubernatorial Election this Nov.
Ralph Northam is Obama Jr.
Ed¡ Gillespie is Bush Jr.
They BOTH stink for the Va working class families.

I fully agree.
Not long after I had cast my first vote for the numbskull Bush I stated to a friend; I can’t tell where Clinton left and Bush picked up they are both the same. Then others elected Obama yes he took his feel good touch feely crap on a Global scale. I think Bush did it out of Corporate greed.
Just so everyone knows “Nativisim” is a term used in a derogatory manner on those like myself who believe charity starts at home.
Trump in his own way appears to be the Patriot America is in need of to bad It took someone that is so abrasive and not of a higher nobility
(lacking table manners) to become this long awaited defender of America.
Blame that on all the Congress awaited Senate before him.

to paint Trump as a patriot is ignoring reality. He is only in this for himself

Yes, a Patriot!
The opposition to the treasonous employment endeavors of Bush and the Half American Obama

And they cannot come to grips with the fact that their Hillary was a traitor who sold American secrets and now scarce materials for pay to Bill and the Foundation. She is the equivalent of a mafia don. Thank God she isn’t president.

Doesn’t it even go back to the Clinton/Gore Presidency?
I remember discussing the sale of missile technology.
They have all forgotten the pledge they learned a childeren.
A Pledge to America.
They can all stuff their political pledges.
The TEA Party should have separated from the Republican Party not irresponsibly always said ;
“This Candidate is the lesser of two evils”
Even look a MCain on the View , I mean why, what for?
The Devil lives amoung us and sits on both sides of the isle.

Absolutely it goes back to Clinton/Gore. If the story was fully told, both would be banished or in prison. The North Korea problem is a result of Clinton’s pay for play scheme with the Chinese.

I am in the field today in Senatorial District 23 competing with MS-13 building so please forgive me;
I think the book was Betrayed or Betrayal by Bill Gertz.
This crap worries the heck out of me. Republicans desire to mine Uranium out of Pittsilvania County , Va. why? It ain’t jobs. Have you ever known a Republican to give an American a job maybe give a job away to a foreigner.
I don’t think one is better than the other.

We the American People have been sold down the river as consumers and labor.