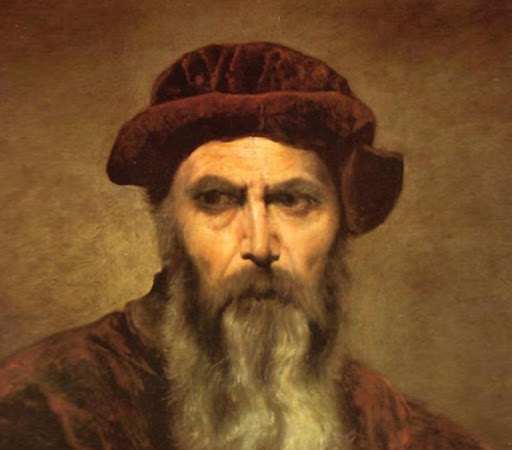 “It is always a much easier task to educate uneducated people than to re-educate the mis-educated.”  ― Herbert M. Shelton

Why is it that Millennials are so easily indoctrinated and believe that socialism will solve all their problems supposedly created by the evil capitalism? No longer will they have to live in their parents’ basement, they will have jobs other than baristas, transitory social justice will be achieved, they will get that six-figure dream job their college advisors promised, and everything will be free – socialism will pay for it all. Nancy Pelosi promised that they could stay home and find themselves. Why would Bernie, their Marxist god and mentor, make false promises? After all, he is now a millionaire himself because he wisely advocated socialism in America. He would not lie to them, would he?

One glaring reason for hapless believers is the fact that Millennials no longer read – they are the video, internet, snapchat, selfies, twitter, and other social media generation with memes and emojis. They constantly tweet their uninformed and indoctrinated opinions they’ve heard from their friends, the media, indoctrinated teachers, and their college professors. Reading has become passé, replaced by very short video messages, inarticulate and incoherent texts, and selfies.

According to Shane Hipps, reading with the help of a “phonetic alphabet is linear and demands the sequential arrangement of otherwise meaningless symbols. It facilitates modes of thinking that reflect and value the same linear, sequential pattern. Printing amplified and greatly extended this symbol system, leading to modernity’s Age of Reason, in which linear, rational thought came to be the sole means of discovering truth. … the reasoning skills enabled by print extend our capacity for discernment. They strengthen our ability to use abstract logic, an essential skill in understanding the meaning of Scripture, among other things.” (The Hidden Power of Electronic Culture, Shane Hipps, 2005, p. 58)

Printing books is on the decline and publishing houses are decreasing as well as they tend to publish progressive ideas and feelings disguised as rational thought. Now that Johannes Gutenberg has been dethroned by progressives as the inventor of the printing press in 1440, Chinese monks have been installed as the first inventors of printing 600 years earlier, monks who allegedly printed with wooden blocks pressed by hand on paper. Eventually all inventions made by the much-maligned white men will be debunked by progressive scholarship.

Millennials no longer read, they listen to their friends, stars they admire and emulate, electronic devices, media personalities, their misinformed teachers, and academics to whom they pay high tuitions in order to learn and hear things that promote the spread and influence of socialist ideology, social justice, racial justice, and other elements of globalism.

The media has the power to shape their view of the world. They are controlled and manipulated by the mainstream media in all aspects of modern life controlled by electronics. They are, as Marshall McLuhan said, “fish oblivious to the hook holding the worm.” The cognitive processing of rational thought found in the printed word is weakened by the mainstream media which emphasizes emotions and feelings over facts and truth.

It is no surprise that Millennials believe all the “wonderful” stories about socialism that the media tells them daily. This unfounded and naïve belief in socialism, which contradicts the historical truth, keeps them glued to the alphabet soup networks and to deceptive shows like the View, shows designed for useful idiots who do not read books.

Recently, Rep. Alexandria Ocasio-Cortes (D-NY), whose experience in politics came from bartending and a stint as a volunteer for Bernie Sanders, complained that Americans make $60,000 a year while we have so many millionaire and billionaires.

Rich Democrats like her stir up class envy in order to install Cuban style communism much sooner than planned and the Millennials seem eager to comply and elect the Marxist millionaire Bernie as their president.

The reality is that the communist government of Cuba has just allegedly raised the proletarian “workers” salaries to $17 a month and those of doctors to $44 a month. A friend who was a doctor in Romania, received a pension of $80/month after 40 years of service as a communist government doctor. The government run by the Communist Party was the ONLY employer.

Joe K., an American assigned to the American Consulate during the reign of the dictator Ceausescu, told the story about the Romanian Securitate “greeter” who would open the gate each morning to American personnel with a big smile and with polite deference to American citizens coming into the Consulate on business. But he was burly and ugly to the Romanians standing in line outside the gate, waiting for a visa. “He was very nasty and intimidating, trying to discourage their leaving Romania.” One day he disappeared, and nobody knew what happened. “He stopped showing up at the Consulate.”

According to Joe K., “he lived on the road near the Intercontinental Hotel, with trolley cars running along it. During one of the massive blackouts at night, he was home watching TV and had the lights on, totally oblivious to the power outage. His was the only apartment with power and stood out, obviously. He had wired his apartment into the trolley line, stealing power, and, unfortunately for him, power was not turned off to the trolley tracks. The inevitable knock on the door came and he was hauled away by the Militia, never to be seen again.” The moral to the story is that, under socialism, “you are only an elite until they decide you aren’t.”

One interesting question was floated recently, what must Vietnam veterans think about the socialist Millennials, the socialists in Congress, the Democrat Party, and their presidential Marxist candidates, especially Bernie Sanders, who honeymooned in Soviet Russia and greatly admired Soviet achievements such as the clean and elegant metro, the public schools, and cheap tickets to theater plays glorifying the Soviets.

One reader, Lynda F. talked about her brother, a Vietnam combat vet, who was spat upon by war protesting hippies in the airport when he returned. “He personally witnessed what the communists did there: oh yeah, the villages had elections … and when the people voted for a non-communist, that official was murdered. They kept doing that until the only person running was the communist – who was elected with 100% approval. Anyone with a degree, doctors, teachers, village leaders were dragged from their homes and murdered. His best man was a POW who was tortured after Jane Fonda left that camp. His childhood best friend, Richard Hood, was executed by the Viet Cong.” So much for the socialism Millennials aspire to.

Millennials don’t understand that socialism either wipes out the existing culture by force or convinces people to vote away their rights and give them to the all-powerful government that is in total control for the “collective good.”

Paul B. Skousen, in his book, The Naked Socialist, discusses “the seven pillars of socialism” used to turn a nation from capitalism to socialism:

1.      Ignoring existing laws and/or Constitution
2.      Privileged classes (upper class – party members; middle class – bureaucracy; bottom class – the workers
3.      Eliminate private ownership for the “common good.”
4.      Regulation – total control of economy
5.      Force – penalties, fines, social score, fees, restrictions, no private property, no privacy
6.      Information control – falsify everything, economic data, control schools, employment, mainstream media
7.      Ignore all rights, including the right to private property – only the government can decide who can have what rights. (Skousen, pp. 5-8)
Since Millennials don’t read nor study much history, as the tech generation perhaps they should watch again more carefully the movie The Matrix – a celluloid “perfect socialist society with all humans in a coma, their brains running a program that grants them a fulfilling life while their bodies float in life-sustaining fluids with wires taking away electrical energy to support the vast communal intricacies of the Matrix.” (Paul B. Skousen, The Naked Socialist, pp. 90-91)

In real life, humans are not so altruistic as to labor endlessly for freeloaders who refuse to work in order to find themselves. Societies across history were brought to the brink of disaster or became extinct because of their socialist tendencies based on the collectivist good.