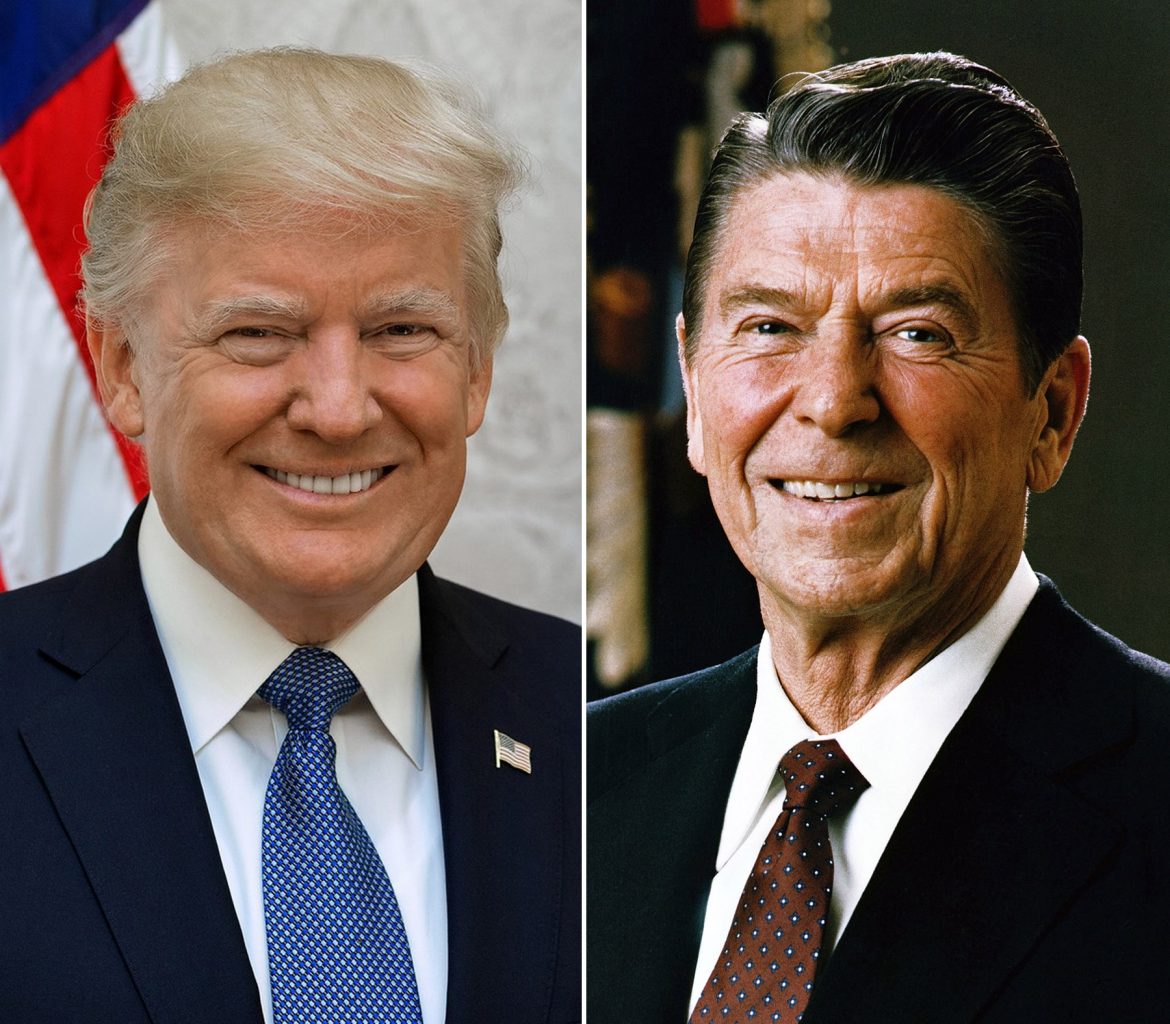 Both President Reagan and President Trump were accused of fomenting "hate groups" in America. What else can you expect from the Left when they are out of power?

Reagan, like Trump, was blamed for the ‘rise of hate groups’ in America

Liberals used the same playbook in the 1980s – and beyond

The President “set the tone and created the environment in which acts of racial violence thrived…. Thus, the widespread physical attacks on blacks and other minorities went unchecked.”

Sounds like a liberal talking point about Donald Trump, doesn’t it?

Actually, it was taken from a scholarly article (if you can call it that) by the late African American sociology educator and author Alphonso Pinckney, whose titles include “The Myth of Black Progress” and “Red, Black and Green:  Black Nationalism.” I guess he was the Cornell West of his day.

This quote was from an article I found in a 1996 critique in the “Journal of Criminal Law and Criminology,”  which sought to debunk the myth of a “hate crime epidemic” in the U.S.

It’s worth reading because just as President Reagan and his conservative policies were blamed for a “rise of hate groups” in the U.S., so has President Trump, especially with the recent shooting deaths at the Poway, CA, CHABAD synagogue and mosque in Christchurch New Zealand.

Please note – as a Jew, I am rightfully worried about the latest synagogue attack as I am about the Sri Lanka Easter Sunday killings by ISIS and burnings and vandalism of black churches in the South.

However, it is interesting to look at how the Left viewed Reagan, even up til the time of Trump’s election in 2016.

For example, in 2014, Left wing academic Ian Haney-Lopez wrote an anti-Reagan diatribe in “Salon”   to promote his book: “Dog Whistle Politics: How Coded Racial Appeals Have Reinvented Racism and Wrecked the Middle Class.”  In it, he denounces Reagan’s kickoff in 1980 near a location where three civil rights volunteers were lynched “to get the George Wallace vote” and Reagan’s depiction of a “welfare queen” in Chicago (who was black).

“As America remembers the life of Ronald Reagan, it must never forget his shameful abdication of leadership in the fight against AIDS. History may ultimately judge his presidency by the thousands who have and will die of AIDS.”

The author blasts Reagan’s support from the “Moral Majority” and its founder, the late Rev. Jerry Falwell of Lynchburg, and the hiring of Pat Buchanan as communications director, who allegedly said AIDS is “nature’s revenge on gay men.”

I covered the FDA under Reagan and indeed, while there was a slow response to the epidemic, the first HIV diagnostic test, the first AIDS drug and a significant public health campaign to promote condom use occurred on his watch.  His successor, George H.W. Bush’s administration, created accelerated approval procedures that put a number of therapies on the market that staved the outbreak significantly.

Jewish leaders and groups were not happy with Reagan either, according to this article by a former adviser for Jewish affairs. They bemoaned his1981 decision to sell AWACS planes to Saudi Arabia, the Buchanan-supported idea for Reagan to lay a wreath at the Bitberg, Germany, SS cemetery in 1985, and Reagan’s support for prayer in the public schools and opposition to abortion.

Back to that “hate crime” article.  The authors noted the FBI statistics were insufficient due to underreporting.  However, they write: “The media seized upon these data as confirmation of a hate crime epidemic.”

“A Houston Chronicle editorial stated: “[t]he specter of hate is unfortunately alive and well in the United States …. The national report reveals a grim picture.”  The Philadelphia Inquirer announced that the FBI and antibigotry groups report an alarming rise in hate crimes. (FBI reporting was only going on for one year). USA Today simply stated that “no one needs a government report to know such [hate crime] offenses are rising.”

Yet, the Left today, in an effort to show Trump is “no Ronald Reagan,” seem to look at our 41st president with rose-colored glasses.  For example, national security professor Jeffrey Kaplan wrote this after the Christchurch mosque shooting, entitled:  “How did President Reagan Deal with Violent Radicals In His Own Party””

“President Trump’s reaction to the tragedy in New Zealand was very much in line with his take on Charlottesville—a wink and a nod accompanied by a few ambiguous platitudes.  It is safe to assume that President Reagan would never have tolerated either the extremists at Trump Rallies or the Alt-Right extremists who perpetrate violence. Nor would President Reagan have had the slightest hesitation to express both sympathy and empathy to for the Muslim victims of the murders in Christchurch.”

No, professor, Reagan was bashed by liberals like you, too.  You and the media are just too lazy to do some Google searches or unwilling to look at the facts.

However, we do see a pattern here of how the Left comports itself.  As with Reagan in the 1980s, it seems that whenever they are out of power, their activists and media allies cannot resist the urge to tie Republicans to racism, sexism, homophobia, and even anti-Semitism to create political advantage.

And being less religious and more secular than conservatives, they only view government and collectivism as the Solution to everything.

Typical of the liberal line about Reagan is this one from former National Public Radio talk show host Diane Rehm:  “Reagan made Americans comfortable with their prejudices.”

But one area where Trump and Reagan are equivalent is this – despite the Leftist attacks, neither president apologizes for his policies, statements or agenda.   They don’t melt and grovel like the “Appease-O-Crats” running for president in the Democratic Party right now.

Trump has several accomplishments under his belt, notably the job creation that is helping women and minorities substantially.  His results, like Reagan’s and the Reagan Revolution, will stand the test of time and it’s up to us conservatives to remind voters about that.

Reagan, like Trump, was blamed for the ‘rise of hate groups’ in America was last modified: May 1st, 2019 by Guest Contributor Ken Reid