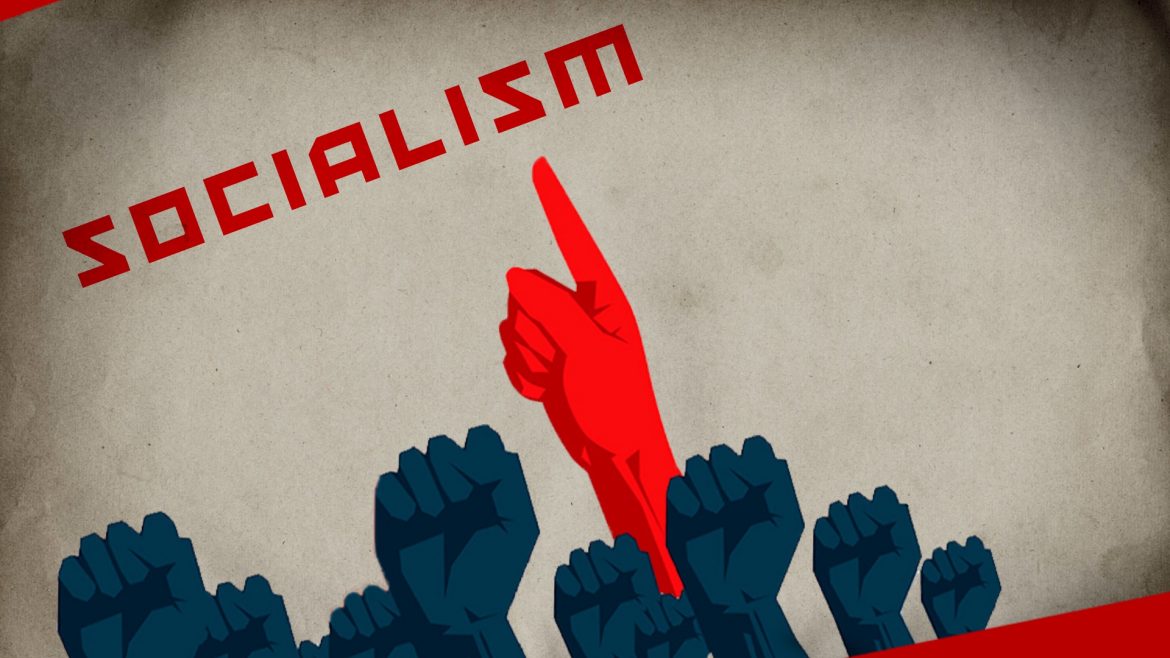 “Real socialists,” for the sake of this article, means those who have lived under socialism and know what it really is. They are not to be confused with ‘wanna-be’ socialists, who have some untested, idealized, utopic dream of what socialism can do for them, yet who have no idea how it actually plays out in real life.

Victoria Spatz was born in 1978 in Nosivka, a city in the then Ukrainian Soviet Socialist Republic. Ms. Spatz is now the Congresswoman-elect from Indiana’s Fifth District. A December 28, 2020, article in the “New York Post” quotes Ms. Spatz from a recent television interview. “It’s just strange to me,” she says “how quickly these ideas can [take hold] especially for young people…. A lot of those kids [say], ‘I’m Marxist.’ I’m like, are you kidding me? Do you even know what it means?”

Ms. Spatz knows what it means. She lived in a Soviet socialist puppet state until the Soviet Union collapsed when she was 13 years old. Ukraine remains socialistic, so the former Victoria Kulheyko continued to live under socialism until she married a U.S. citizen in 2000. Even though she had a masters degree, the Ukrainian economy was so impoverished that Ms. Spatz was able to fit all her possessions into one suitcase when she left the country. Ms. Spatz says, “It’s unbelievable for me. Of all of the countries in the world, our country fought so much against this utopic socialistic idea that it’s crazy for me to see how quickly we made the turn to the left.”

When this author visited Kiev, Ukraine, in 1996, individual homes did not have hot water heaters. The city piped hot water to each home from a central boiler. The socialist economy was so bad – government workers had not been paid in three months – no one paid their water bills. The government unsuccessfully tried to force people to pay by shutting off the hot water. Be assured that a cold water bath in Kiev (which is further north than Montreal) is no fun.

Matthew Truong, a former Congressional candidate from Fairfax, VA, fled to the U.S. at age 12 with “two pairs of clothes and two words of English.” Because of the American economic system, he earned bachelor’s and master’s degrees in electrical engineering and is now the director of business development for a multi-billion-dollar tech company. Matt, who lived under communist socialism in Vietnam, deplores the very idea of socialism in America: “People don’t run to socialistic countries to flee capitalism. They run to capitalistic countries to flee socialism.”

Socialism is basically “Communism-light.” My friend Emanuel escaped from the Socialist Republic of Romania in 1982, when it was still an Iron Curtain country. He lived under its rule for over 40 years before he escaped. He was well off compared to the average Romanian worker, but he gave it all up when he ran from the economic and social atrocities of socialism to reach the freedom and opportunity of America. He agonizes over “these socialists who want to take over America. How can the people vote for this?”

Emanuel knows what socialism becomes. He writes in his as yet unpublished book 45 Years in Darkness, “It is unnatural to be a Communist. Even a dog wishes to have his own bone.” He follows that with, “The main target of the Communist system was the abolition of private property…. Through countless series of injustices and abuse that started in 1949, estates, forests, farms, hotels, hospitals, pharmacies, medical offices, cinemas, private enterprises (industrial, mining, banking, insurance and transportation, representing 90% of the country’s production), etc., were nationalized one by one.”

He adds, “The population no longer had a say in politics, and the natural function of the State to protect its citizens changed into the system’s battle against its own population.” And then, “The Government founded many schools, as they would be the ideal place for indoctrinating the new generations.” Also, among a whole list of government failures under socialism, “The centralized health care system was lamentable…. The hospitals were deprived of the necessary needs, such as beds, medication, medical instruments, running water, etc.”

He also observed that “The regime needed obedient, easily manipulated people, therefore those who had proven leadership qualities were hunted and silenced. The leading positions were occupied by people who did not excel in competence, but who were servile, preferably brought in from a poor environment, to feel indebted to the System.”

Wanna-be socialists want the government to take care of them because our society has not taught them to take care of themselves. For years our children have been trained to find “a person in authority” to solve their problems. They don’t realize that people with a will to work can do a much better job of caring for themselves than government authorities can. In fact, socialist governments are more about taking care of those who govern than those who are governed. Real socialists know this and run from it. Wanna-be socialists cannot seem to grasp this reality despite all the evidence. Perhaps they are among those “who did not excel in competence.”