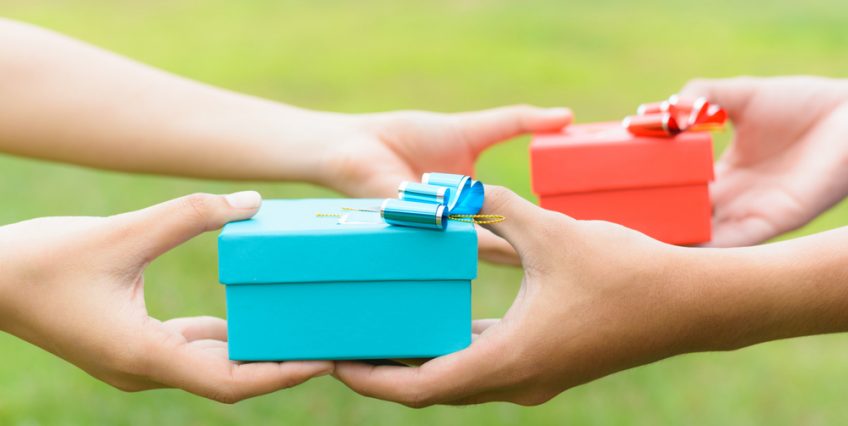 In the face of increasing pressure to conform to left-wing ideology or be censored and canceled, Republicans and conservatives need to stop acting merely defensively.  They need to find ways to counter the pressure to conform that also provide them with opportunities to expose the flaws of the American left’s coercive rhetoric and counter it.

Republicans and conservatives should adopt and adapt the concept of reciprocity as a tool to (1) encourage civility in public discourse, (2) discourage incivility in public discourse, (3) insist that the Republicans and conservatives not be evaluated and judged by standards not applied to Democrats and progressives, and (4) confront and challenge pressure to conform to left-wing ideology.

Some examples of reciprocity combining positive and negative elements are: (1)  State A adopts a policy of recognizing out-of-state professional licenses on the same terms that other States recognize the professional licenses issued by State A; and (2) Country A imposes tariffs on imports from other countries on the same terms as they impose tariffs on imports from Country A.

In American history, the notion of reciprocity has been used to counter the threat of improper, wrongful, or unfair actions by an adversary during wartime.  During the American Revolutionary War, the Americans insisted that the British treat captured American officers on the same terms that captured British officers expected to be treated by the Americans, or else suffer retaliation in kind.  During the Civil War, both the Union and the Confederacy threatened reprisals and retaliation in a variety of situations to respond to or deter actions by the other side that were deemed inappropriate or wrongful.

In international law, the notion of reciprocity is demonstrated in the recognition that belligerent reprisals may be justified if a country has been the victim of another country’s improper or unlawful use of force, or other violations of internationally recognized rules of warfare.  Also, in international diplomacy, countries may declare foreign diplomats and members of foreign embassies persona non grata and expel them in retaliation when their own diplomats and embassy personnel have been expelled.

In business, if a party to a contract is in material breach of the contract, the other party to the contract may be relieved of its contractual obligations.  In labor negotiations, it is expected that both sides negotiate in good faith, and the failure to do so by one side allows the other side to walk away from the negotiations rather than continue negotiating.

In American sports, when a team feels an opposing player or team that has intentionally violated the rules and has not been properly penalized, the victimized team occasionally will engage in a form of payback.  If a pitcher uses “brush back” pitches to try to intimidate good batters without being warned by the officials, the batter’s team may reciprocate by having its own pitcher throw “brush back” pitches against the opposing team’s batters.  If a hockey player is too aggressive in charging the net or checking opposing players without being penalized or warned by the officials, the other hockey team may resort to similar tactics to reciprocate.

There are some colloquial sayings that reflect a rough sense of fairness that underlies negative reciprocity: “Payback in kind” / “Tit for tat” / “Turnabout is fair play” /  “What goes around, comes around” / “Give them a taste of their own medicine.”

A political opponent should hold himself/herself to the same standards as he/she holds others to.

A political opponent should accept any burdens or sacrifices that he/she wants to impose on others.

A political opponent should accept and abide by the same burdens of proof that he/she applies to others.

A political opponent should abide by the same rules of conduct and civility that he/she asserts apply to others.

A political opponent should submit to analysis and criticism of his/her arguments on the same terms he/she applies to others.

The press should apply the same standards of blame and praise to Democrats and progressives as they apply to Republicans and conservatives.

The press should apply the same standards of evidence and analysis when reporting on Democrats and progressives as they apply to Republicans and conservatives.

The press should identify party affiliation of people or organizations (if relevant) correctly, evenhandedly, and without bias.

The press should conduct and report all interviews (live or not) in the same manner without regard to the party affiliation or political orientation of the persons being interviewed.

These corollaries are intended to identify forms of fair and even-handed behavior that are reasonable and worth striving for.  Also, these corollaries are intended to suggest principles that Republicans and conservatives could use to gauge whether Democrats, progressives, and the press are acting unfairly or unreasonably, and then decide whether some form of reciprocity (positive or negative or both) should be applied in response.

Even if Republicans and conservatives decide that some form of reciprocity is not practical or desirable in any particular situation, these corollaries could form the basis of principled criticisms of unfair or hypocritical conduct by Democrats, progressives, and members of the press.  Even if such criticisms do not deter or stop unfair behavior by Democrats, progressives, or members of the press, they could be useful in

(1) trying to persuade reasonable independents, Democrats and progressives to not accept, support, or tolerate unfair or hypocritical conduct by others;

(2) countering and rebutting Democrats, progressives, and members of the press who presume that they exclusively hold the moral high ground;

(3) challenging and exposing false and misleading “narratives” used by some Democrats, progressives, and members of the press; and

(4) confronting and resisting pressure to conform to left-wing ideology.

Emilio Jaksetic, a retired lawyer, is a Republican in Northern Virginia.

Why are Democrats leaving Americans behind?
Do they not care for the well being of Americans?
Why did then Virginia Governor Democrat Terry McAuliffe allow Charlottesville to happen resembling Joe Biden’s Afghanistan?
With the COVID infection rate increasing and children not be able to be vaccinated why aren’t Virginia Democrats closing Schools?
With Virginia Schools obtaining a windfall of revenue from the Federal Government allowing them to give teacher pay raises, expand classes to teach Transgender and CRT yet they cannot seem to find enough funding to pay school bus drivers?
Why do Virginia Democrats always complain about funding yet when they obtain the revenue resemble the Afghanistan President taking the money and go into hiding?

Are you now saying the Conservative position is that schools should be closed in Virginia? Very interesting…

Why in ABSOLUTELY NO way did I say the “Conservative position was to close Schools” but with that being said it is apparent that Northam’s current position is to see the infection and death rate increase among Virginia Public School Students.

You now what they say about everything writing before the word “but” don’t you…??

Are you now saying the democrat position is to kill as many children as possible ? Very interesting…

I have not advocated for any position. Doc here has and it looks like you are as well. I can support your idea to close the schools and return to at home instruction. I would not be surprised if that is exactly what happens in the end. This is the logical result of the Conservative initiative to undermine the Covid vaccine and public health.

You are hearing voices and think some people are other people.
There is no “Doc” here just a used to be Democrat who has seen the darkness Democrats bring and has awoken to the light.
I saw the light
I saw the light
No more darkness

The conservative position is to open up competition to obtain better schools. Vouchers seem the best way to do this but many parents are electing to home school – and that is home schooling has more than doubled in Virginia.

I fully agree and this November look forward to voting Republican across the board.

So you confirm the Conservative desire to close the public schools. Thanks very much.

“do unto others as they do unto you.”

Yes, we understand that this is already the Conservative version…

Obfuscation does not solve problems…

No obfuscation at all. Simply pointing out that this is clearly already the Conservative Golden Rule and the maxim of Conservative “christianity” these days.

Biden has provided a stellar example of your maxim

Run on principles. Govern on expediency.