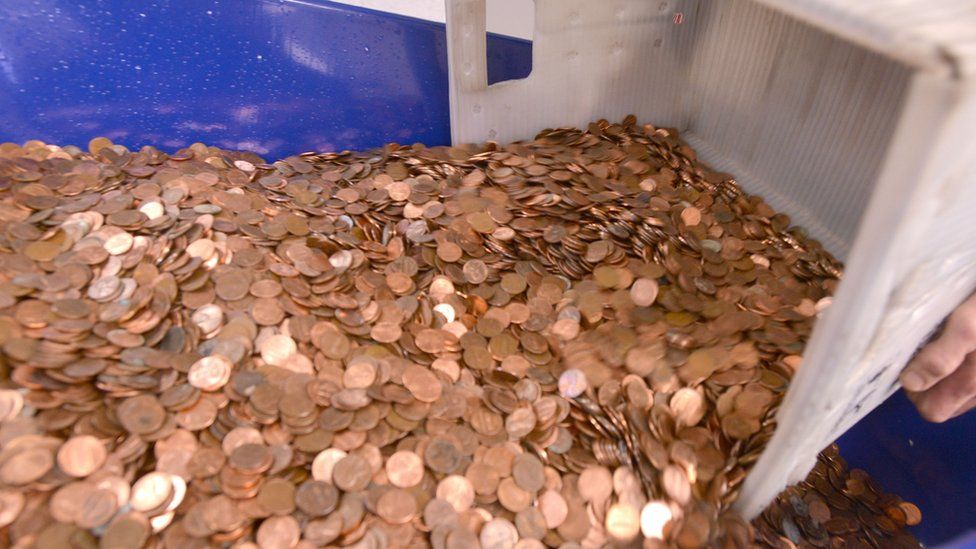 The situation in the Loudoun County Public School System reminds me of my involvement with the Non Resident Taxpayer’s Association.  I lived in New Jersey at the time and worked at the Philadelphia Naval Shipyard.  The City of Brotherly Love, otherwise known as Philadelphia Pennsylvania, taxed shipyard workers. The argument was that this was wrong because the Shipyard was federal property and its workers were paid by the Federal Government.  Thus, Philadelphia was practicing taxation without representation.  The New Jersey politicians were no help so we federal workers were on our own.  A number of creative things happened but I will focus here on the payment of taxes to the City.

One shipyard worker paid his taxes in pennies.  He took hundreds of pounds of pennies and dumped them in the tax office.  All the pennies had to be sorted. counted and then taken to the bank.  It was a nightmare for the City and they responded by banning the use of pennies to pay taxes.  Here’s the rub, pennies are legal tender so can they be legally prevented from use in paying taxes?  To my knowledge, this City prevented usage was not challenged in Court.

Another shipyard worker who apparently owned a farm paid his taxes in pigs, sheep and chickens.  He took these farm animals into the City tax office and left them there after receiving a receipt for their value and confirmation that he did pay his taxes.  It was a messy nightmare for the City and they responded by banning the use of animals to pay taxes.  Here’s the rub, farm animals have value and are regularly bought and sold so their value is established on a given day.  There is also a very long history of animals and even children being used in payment of taxes or tribute.   Can Philadelphia legally prevent animals from use in paying taxes?  To my knowledge, this now prevented usage of known value items was not challenged in Court.

My final example of creativity involves what is known as the “smelly suit”, but unlike the first two examples, never made the news.  At least one taxpayer created a “smelly suit” out of body odor, manure,  and garlic.  The combination of these items created an odorous suit of clothing which he would put on and go to the tax assessor and tax payment offices.  The smell was so bad that people would flee.  By the way, the suit was never cleaned and was kept in a hermetically sealed box to keep it fresh.  It would also be replenished as needed.