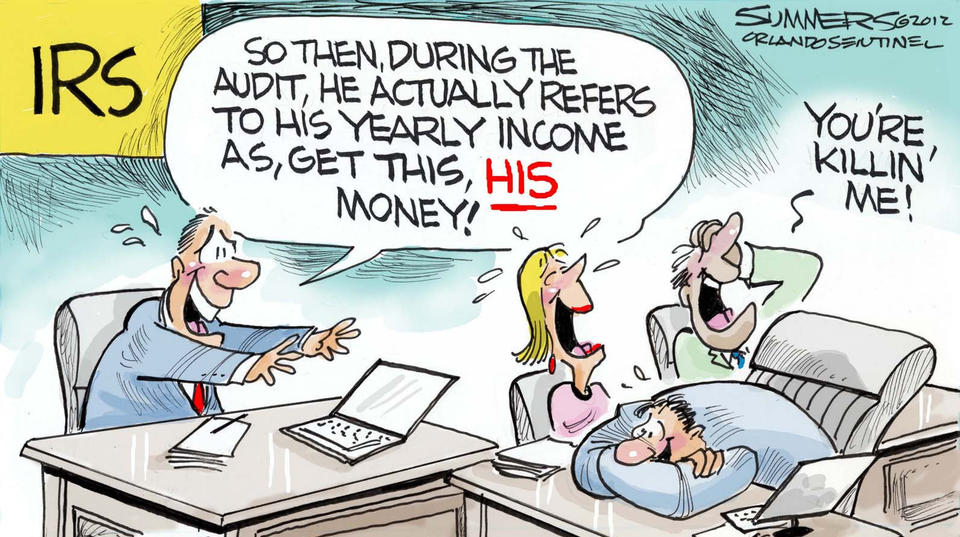 With a Democrat back in the White House, billionaires Warren Buffet and Jeff Bezos are making headlines and earning political brownie-points (with Democrats, at least) by going round the country saying that wealthy people should pay more taxes. Tax-and-spend liberals like Joe Biden are in complete agreement, of course. â€œSoak the Richâ€ has been Democratsâ€™ motto for donkeyâ€™s years, and Good Old Joe was preaching it from his basement long before his election. In fact, he says millionaires as well as billionaires should pay more â€“ thereby blurring the financial distinction between them by relying on the fact that most of the hoi polloi hear â€œzillionaireâ€ when he speaks of either level of wealth.

The president has cast his higher taxes net over those earning more than $400,000 a year, as though this income-level certainly makes one a millionaire. But this may not be true, since a high gross income might be due to receipts from a small business being run through an individualâ€™s tax return. Much of that income could be offset by business expenses. On the personal level, I have known people with very high incomes who didnâ€™t have a nickel saved or invested. Not every high earner has internalized Poor Richardâ€™s adage that â€œa penny saved is a penny earned.â€

Conversely, actual millionaires might not have incomes as high as $400,000. Many people have assets that technically put them in the millionaire category â€“ e.g., retirement savings, real estate, etc. â€“ but those holdings might produce little taxable income.

According to available data, 11.8 million American families have net worth exceeding $1 million, if their residences are included. This is down from 12.6 million families in 2006, but the number is rising again. Although economists had expected the millionaire-count to exceed 20 million by 2020, the COVID-induced economic crash upset those predictions.

The number of American billionaires is far fewer, of course. Forbes magazine gives the current count as 724. Elon Musk leads that group with personal wealth of $188.6 billion; Jeff Bezos runs a close second with $187 billion; Bill Gates has $129 billion; and Warren Buffet comes in fourth with a paltry $108 billion. The total wealth of all US billionaires is estimated at $4 trillion. That total would not cover current federal expenditures for just this year.

The total annual income of all billionaires is naturally much less than their wealth. Nevertheless, they make a tempting target for Joe Bidenâ€™s populist-envy appeals. He continues to preach that our federal budget problems will be eliminated if these big money guys will just pay â€œtheir fair shareâ€ â€“ even though the reality is that a 100% tax on their incomes wouldnâ€™t come close to closing the budget hole.

Those calls for wealthy people to pay more taxes are annoying to me. Why? Because liberals and their uber-rich pals love to strike charitable poses by calling for others to pay more taxes. Would Mssrs. Bezos and Buffet include themselves in the group they think should pay more? We donâ€™t know because we have no idea how much of their incomes are shielded from taxation by prudent investments.

When John Kerry ran for president in 2004, he was embarrassed when it was revealed that most of the $50 million income produced each year by his wifeâ€™s $1 billion fortune came from tax-free interest on bonds. We donâ€™t know what Mr. Buffetâ€™s or Mr. Bezosâ€™s tax situations are; nor have they revealed them, to my knowledge.

Whatever their situations may be, the fact is that Buffet, Bezos, Gates, or any other tycoons are perfectly free to pay more taxes whenever they choose â€“ as may any American (or non-American, for that matter). With his level of wealth, Warren Buffet might easily have an annual income of $2 billion or more. No doubt his expenses are high, but one imagines he could scrape along on a billion a year, leaving a billion or so for Uncle Sam â€“ or Uncle Joe, in this case.

This would be an entirely appropriate expression of Mr. Buffetâ€™s patriotism and/or faith; and ditto for any others. They wouldnâ€™t have to fool around with getting any new tax-legislation passed. And their voluntarily generous example would surely draw many imitators from the cadre of the filthy rich who are eager to assuage their guilt by paying more taxes.

Itâ€™s fun to make sport of these things, to a point, but a serious problem lies beneath all the jesting. The fact is that the Biblical concept of â€œcharityâ€ has become so deformed that many people now think charity means getting government to help people who are in real (or perceived) need. Naturally, the more good works government performs, the more of our money it requires. And most of us have no voice in how much of our money is taken, and no idea where it goes.

Thus, an individualâ€™s â€œcharityâ€ becomes defined by his willingness to pay ever-higher taxes to fund governmental benevolence â€“ even when such “benevolence” is questionable or corrupt. Mr. Buffet and others like him are â€œevangelistsâ€ for this new brand of charity. People who donâ€™t go along with it are called stingy or immoral.

New expressions of this reformed concept of charity are emerging all over. A notable one was an outrageous 2011 attack on Texas Governor Rick Perry by former Maryland Lieutenant Governor Kathleen Kennedy Townsend. In an article written for The Atlantic (â€œIs Rick Perry as Christian as he thinks he is?â€ August 15, 2011), Ms. Townsend questioned the quality of Gov. Perryâ€™s Christian faith because it didnâ€™t conform to her belief that government is the instrument Christians should use to help the needy among us. (See link to her full article.1)

I wonâ€™t attempt to critique Lt. Gov. Townsendâ€™s argument except to note that she re-focuses Biblical passages under the lens of statist thought. By way of doing this she makes a serious muddle of the passage in Matthew 22 where Jesus defines the Greatest Commandment. Ms. Townsend thinks its focus is caring for our neighbors. In fact, Jesus indicated that the focus is on loving God when He said:

In 2008, when Mr. Obama talked candidly to Joe the Plumber about spreading his (Joeâ€™s) wealth around, the Mainstream Media either ignored his remarks or claimed that he didnâ€™t really mean what we clearly heard him say. Our ears must have deceived us. But they hadnâ€™t, as we soon found out.

Ms. Townsendâ€™s article was a more fulsome expression of the redistributionist ethic that Mr. Obama articulated then, and continued to press throughout his presidency. She clearly showed how the radical left tries to shoehorn Biblical teachings on charity and benevolence into statist government constructs. Watch for more and more writings and teachings along these lines â€“ particularly if you think you have little in common with â€œsocial conservatives.â€ Radical liberals will be telling us that morality and taxes go together like a horse and carriage.

If Mr. Buffet has the means to cough up megabucks more in taxes, then God bless him. Let him spend himself down to mere millionaire status if he wants to. But let it be all his money, his morality, and his personal charity â€“ not ours. Weâ€™ll take care of our charity in our own way, thank you. No government involvement is needed. And Buffet, Gates, Bezos, et al, can shut up and drink their beer.

Reformed Charity was last modified: May 13th, 2021 by Woody Zimmerman