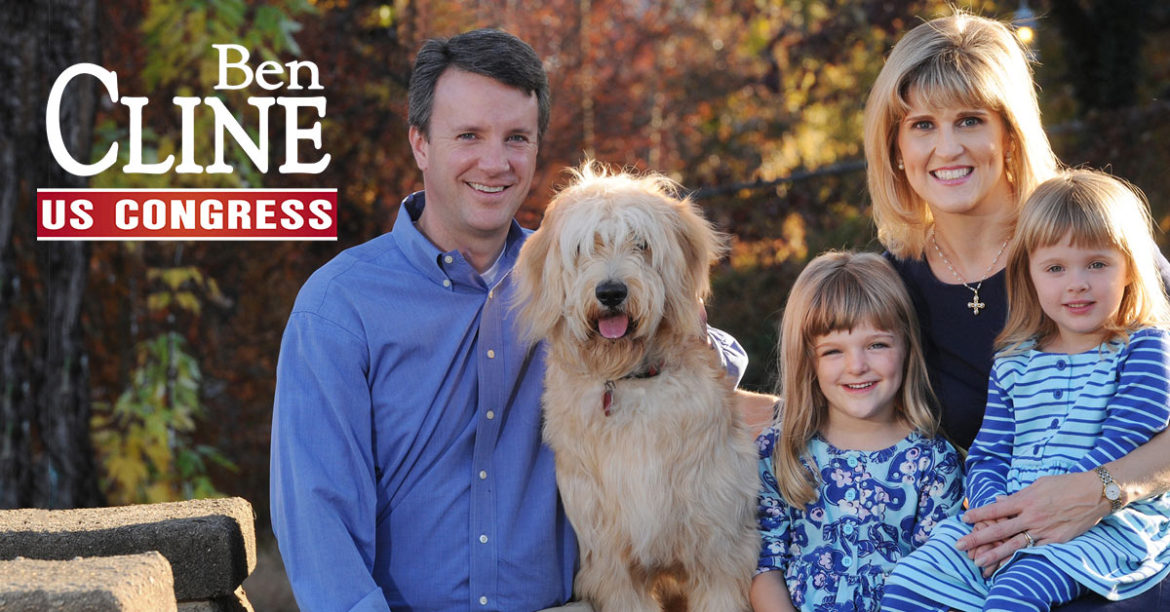 Regarding Ben Cline’s Walking Tour of the 6th Congressional District

As many of you are aware, Ben Cline, our nominee for the 6th Congressional District, has been on a walking tour of the entire region.  This tour, which is ending in the next couple of days, has taken Ben into each of the 17 counties and cities which make up the 6th Congressional District.  Ben and I have been personal friends for many years, which is a tough thing to do in politics.  I have personally had the pleasure of Walking With Ben on multiple days during the tour, and if anything have an even greater admiration for Ben than I had before.

Take Friday August 31 for example.  Ben was walking in Woodstock Shenandoah County, where I am the Vice Chair of the County Committee.  It was 98 degrees that day and the sun was beating down on all of us big time. However Ben and the group (led by Woodstock Mayor Jeremy McCleary) walked 2.5 miles that day, with Ben talking to people of all walks of life in Woodstock, learning what their concerns are and telling them how he would help make their lives easier by taking big government off their back, and helping President Trump to drain the swamp.  Ben met with business owners in Woodstock, 1st responders from Woodstock, and business owners who have seen Big Government take more and more of their ability to make a living away from them.   Mayor McCleary made it a point to also introduce Ben to voters who may not share his conservative values and of course Ben impressed everyone who met him.

However it was what occurred in Strasburg a few days later which really showed the greatness of Ben Cline.  As I was leading the Walking Tour this day, (unbeknownst to the campaign) I specifically made it a point to introduce Ben to not only staunch Republicans, but to voters who may not share some of Ben’s values and are known to be occasionally difficult. Ben impressed these fiercely independent voters with his calm demeanor and his knowledge of issues and such to make these voters, who might not have really been interested in supporting Ben, to being enthusiastic supporters.  One of them later that day asked me for a Ben Cline yard sign. This occurred on a day which the thermometer in Town reached 101 degrees. Yet Ben and our group walked the Town for over a mile and he met dozens of voters who were glad to meet their new Congressman.

Bob Goodlatte was an outstanding Congressman for many years.  But many voters, including those who enthusiastically supported Bob were wanting Town Hall type meetings and were pleased to hear that Ben does 4 Town Hall meetings per year in his legislative district and will be bringing this same type of outreach to the Roanoke Valley, Lynchburg, and the Shenandoah Valley.    Ben will bring that needed change and will be a conservative’s conservative who we so need in Washington DC.

DRAIN THE SWAMP – Vote for Ben Cline in November!