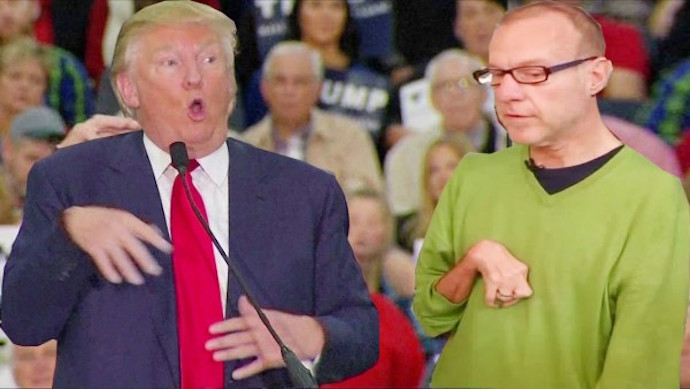 Heeding the Lessons of Todd Aiken

Rep. Todd Akin was a decent, well-meaning GOP nominee for Senate who carelessly misspoke in answer to a question on abortion. His “legitimate rape” phrase dogged every single Republican candidate in the 2012 election cycle. So far this year we have seen Mr. Trump’s racist comments about Judge Curiel similarly haunting Republicans. Rep. Paul Ryan, for example, was trying to present a new, hope-filled plan for the GOP, but the first five questions from reporters concerned Mr. Trump’s remarks.

Here are some more issues that GOP candidates can be sure will get questions from the media:

2. Mr. Trump has habitually cheated workers out of promised money, calculating that they would accept cents on the dollar rather than spend money suing.

5. Mr. Trump has the endorsement of David Duke and white supremacists.

6. Mr. Trump went on the record as saying there must be some form of punishment for women who have an abortion. He later retracted this view, but at the time he stood firm, as this unedited YouTube clip of Chris Matthews interview shows.

The opposition ads write themselves. Let’s face it: the media wanted Mr. Trump to be the nominee to face Hillary, and gave him unprecedented coverage to the tune of $2 billion dollars.

Republicans need to be aware of the upcoming tsunami of grilling by the media of every single candidate regarding Mr. Trump’s views and comments. Remember Todd Akin! The presumptive Republican presidential nominee is aiming to make the entire 2016 campaign about himself. For those who have hopes that Mr. Trump will grow more presidential, here’s what he said:

Do we really want to spend the next five months cringing and being forced to defend reckless statements and boorish behavior? Do we want the Republican party to be defined by anti-Hispanic rhetoric that would, in the words of New York Times‘ Peter Wehner, “leave an indelible stain”?

It’s not too late! We still have more than a month before the GOP convention in Cleveland. The delegates can be unbound, as outlined in this Wall Street Journal article.

Mr. Trump is the presumptive nominee on the basis of winning open primaries with the help of mischief-making Democrats, and winner-take-all primaries with a plurality of the vote. His total percentage of the vote was 40% before Senator Cruz suspended his campaign. Right now dozens of prominent Republicans are on the record as being #nevertrump, which is unprecedented.

We don’t have to bow the knee and accept his nomination as inevitable! Please contact the RNC ( https://www.gop.com/contact-us/ ), whose sole purpose for existing is to elect a Republican president. Here is a list of VA delegates to the GOP convention.

Many Republicans privately are looking at a bloodbath down-ticket if Mr. Trump is the nominee. Big donors have already expressed reluctance to back Mr. Trump.

We can express our dissatisfaction with Mr. Trump, letting the RNC and the convention delegates know we will not be donating, going door-to-door, or making phone calls to the presidential race in the general election if he is the nominee. Please, for the sake of the nation and the party, contact these men and women today. Thank you for your service. Remember Todd Akin, and don’t let Mr. Trump harm the nation and destroy the party.

Olga Garber has been involved in Republican politics for 30 years, and recently was presented with a “Super Volunteer Award 10th Congressional District Republican Committee”. She is a mother of seven (all Republicans) and grandmother of six, and has homeschooled all of her children.