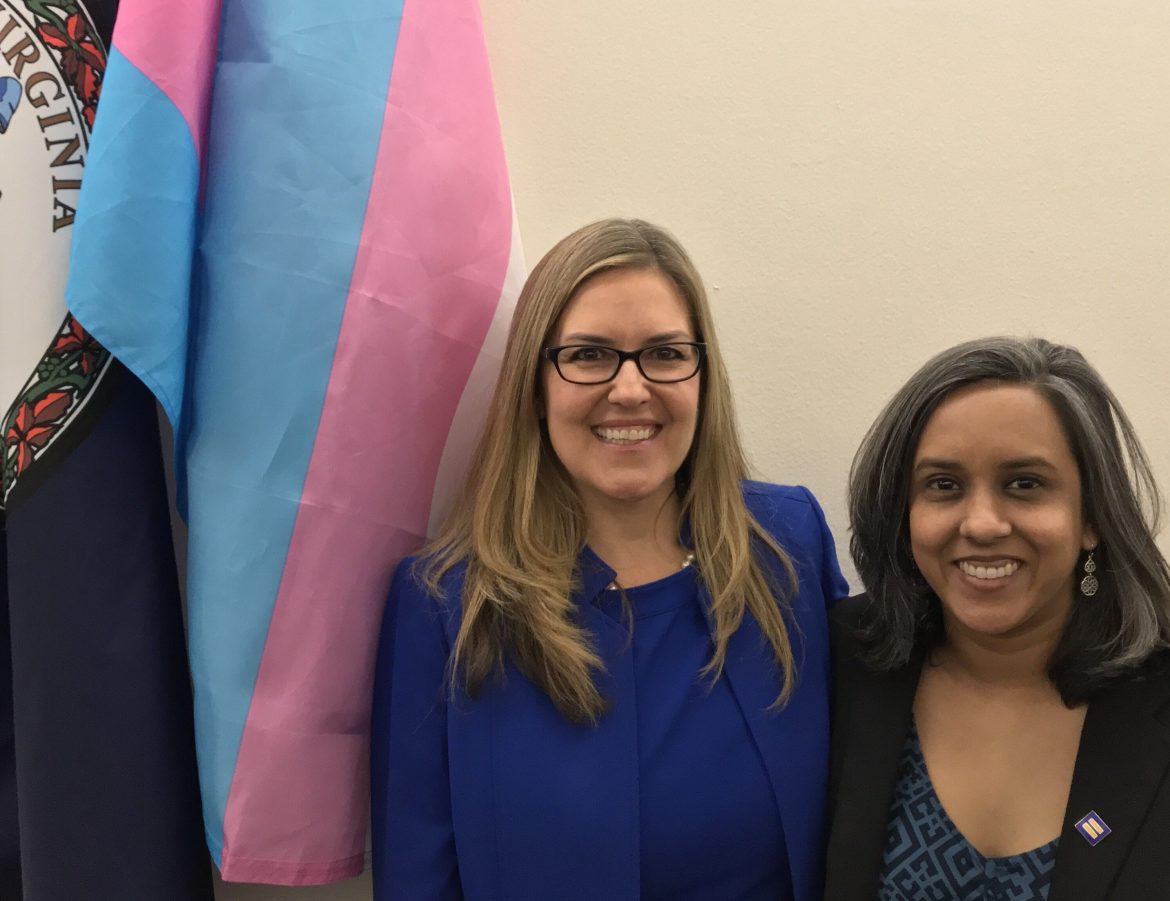 This following article was first printed the day after Jennifer Wexton became the Congresswoman for Virginia’s 10th district:

It is typical for members of Congress to display three flags, the American flag, their state flag, and the POW/MIA flag.  Jennifer Wexton replaced the last flag with a transgender flag. (Who knew such a thing existed?) This was her first act as a Congresswoman, to rid her office of the POW/MIA flag. That shows how little regard she has for our military men and woman and those who have been left behind around the world serving our country and protecting us.

Read more about this story here.

This is one of the many reasons to vote in the 10th district to replace Jennifer Wexton, the do-nothing supporter of the far-left Congressional group ‘The Squad’, with the former marine and mom Republican Aliscia Campbell.

Let’s go to the polls on November 3rd to show our support for our POW/MIA’s and our military that President Trump has worked hard to build into, by far, the best in the world.  Show your support for Aliscia Andrews and against Jennifer Wexton who does not support for our military or those who given the ultimate sacrifice so we may live free.  Guys wearing dresses is a much more important issue to her.

[…] to help voters in her district. And let’s not forget that on her first day in office Wexton replaced the POW/MIA flag outside her office door with a transgender flag. This November there will be a red wave across the country on election day. Let’s make sure it […]

[…] On Saturday Republican Matt Truong announced he will seek the Republican nomination for Congress in the 10th district to challenge far-left Democrat Jennifer Wexton. […]

[…] 3rd the new Congresswoman from Virginia’s 10th district was sworn into office.  The next day she replaced the POW/MIA flag outside her office with a transgender flag.  Her actions drew criticism from military groups and others across the country.  Now many […]