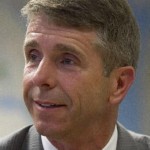 Congressman Rob Wittman, who represents America’s First District, has released an open letter today taking a forceful stand against the abusive tactics being employed (to varying degrees of success) at Republican mass meetings around the state. The letter is reprinted in full below.

I commend my Congressman for his clear, principled stand on this where others have vacillated and wavered. Well done, Rep. Wittman!!

Folks, this is how it’s done.Â  This is leadership.

Open Letter to the First District

I am writing to state my strong and unequivocal opposition to the practice of â€œslatingâ€ at our Republican Party local unit mass meetings and conventions. The underlying basis of slating â€“ the purposeful exclusion of certain dedicated activists from our political processes â€“ will spoil any chance to build a conservative Republican Party to be the majority party of Virginia and a home for liberty-minded people to work to reform our government at the local, state, and federal levels.

I applaud the efforts of the grassroots folks â€“ many of whom make Americaâ€™s First District home â€“ who stood up and fought back against Tammany Hall style machine politics in our Commonwealth. I find it particularly encouraging that when they have been in the majority, the activists who have been the target of these slash-and-burn political tactics have not reciprocated by excluding others, but have instead opted to allow participation by all, as they did last night in Henrico County. It is that kind of dedication to principle that will help build our party for years to come.

We must reject the practice of slating because it is wrong and in the end it is counterproductive to our goal to build a durable majority party based on Constitutional principles and freedom. We all understand that politics is a contact sport. But it is a game we win by addition of people with whom we share common cause, not by serving short-term political goals based on exclusion of those with whom we disagree a fraction of the time. Itâ€™s time instead to unite around the universal principles that bind us all together as Republicans, and to end the destructive practice of slating. A political party based on fair play, transparency, and honesty will always win in the end.

Wittman is an expert at walking the thin line between the Establishment and his District. He deserves a little respect for that. I always say, Wittman could be worse, he could be Cantor.

I’m missing something; what exactly is “slating”?

This letter from Rob Wittman would’ve had far more meaning had it been released BEFORE the slating efforts across Virginia, or even if it had been released in the first few days after Virginia Beach, rather than AFTER the Henrico mass meeting, since NOW his letter is just platitudinal, not a tool to influence events BEFORE they happen.

Not sure I sense a lot of leadership here.

[…] as first reported by â€œThe Bull Elephant,â€ Congressman Rob Wittman makes a very strong and unequivocal statement against the […]

Now let’s see him take the next step and campaign for Cantor’s opponent.

If you are wondering if Rob Wittman will support Cantor’s opponent…..I’m personal friends with Congressman Wittman, who is a man of honor and loyalty, and supports his party. He will most assuredly continue to support his friend, Majority Leader Eric Cantor.
What the Tea Party people want is a bunch of mindless sheep like the Dems. But as Republicans, we can actually think for ourselves and respectfully agree to disagree. In this case, I know Cantor supports fairness and principles & not slating.
The Tea Party want to “purify” our GOP committees here in VA of anyone who doesn’t fit their profile and think exactly as they do. They brand us mainstreams as Rhinos & not conservative enough. Like Sal Alinsky, their tactics are chaos & disorder! It all adds up to weakening our party so the Dems are getting elected. Great job Tea Party. Case in point, look who in the Governor’s mansion now!
Go back to your Tea Party groups & leave the rest of us true, honorable, & loyal Conservative Republicans alone!!!
And according to my sources, there was no slating at the Henrico GOP mass meeting this week. I too condemn the practice with Congressman Wittman.

“In this case, I know Cantor supports fairness and principles & not slating.”

I would recommend you review the other articles here on this topic, as we have beyond-a-reasonable-doubt evidence that Cantor supported slating, with his close associates leading slating attempts.

This is an opportunity for true Republican representatives to stand with the grassroots. Those who fail to do so will find that the grassroots will not volunteer for them, nor will we show at the polls to re-elect them.