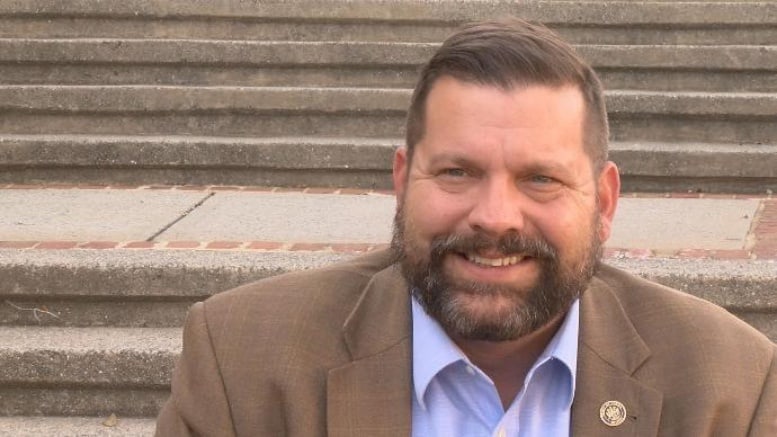 Rep. Tom Garrett announces he will not seek re-election

Earlier today, in an announcement on Facebook, Rep. Tom Garrett disputed much of what has been alleged about him and his family over the course of the last week, virtually all of which has been attributed to anonymous sources.

In his emotional statement, Garrett took pride in having never knowingly spoken an untruth to his constituents, but acknowledged there was one truth he had left unspoken: his personal problem with drinking. The announcement caps a long week of controversy for Garrett, which involved the departure of his chief of staff and hyperbolic sounding accusations by unidentified former staffers that Garrett and his wife had sometimes used staff to perform personal chores.

Garrett has been a stalwart conservative and dedicated public servant throughout his first term representing Virginia’s 5th Congressional District. Tom is a good man, and his presence in Washington will be missed, but we have no doubt we have not seen the last of Tom Garrett. This announcement took tremendous courage, and is in keeping with the Tom Garrett we know: a man of principles, and of a deep and and well-guarded integrity.

Our support, and our prayers, are with Tom and Flanna Garrett as they begin their transition into a healthier and happier family. And we thank Tom for his tremendous service. We know Tom does not fail, and this new chapter in his life will be no different.

Now, the 5th District Republican Committee faces the unenviable task of choosing a new candidate to replace Garrett on this November’s ballot. Names being floated include Sen. Bill Stanley (R-Franklin) and Sen. Jill Vogel (R-Fauquier), as well as possible Del. Rob Bell (R-Albemarle). Whoever is chosen will have some large shoes to fill.

Rep. Tom Garrett announces he will not seek re-election was last modified: May 28th, 2018 by TBE Staff

Tom Garrett is a pillar of liberty and we will miss him in Congress. He is one of the most grounded and principled people I know. Prayers for Tom and his family.

Politics is a cut throat business.
The guess is that many people in Congress have drinking problems.
They don’t have public meltdowns.

There is little denying that Mr.Garrett was running around
In a panic mode the last few days.

Certainly the possibility exists the Cockburn campaign has some other
Damaging information….and we may never know that.
Just think that there is more than what we are seeing and hearing.

Blessings on your recovery Congressman Garrett, you are an incredible statesman!

Congressman Garrett, we are praying for you and your family. You did a very hard, but noble thing. Thanks for all you have done for our district. I will continue to pray for you.

What’s the big deal? Congress is full of heavy drinkers that crap on their staff.

I’m glad he’s leaving because this “man of principles” cucked out, and sided with the criminals McCauliffe and Charlottesville govt after the set up, cover up, and continued travesties of justice that are still taking place in Charlottesville.

I’m hearing that Freitas will run for Garrett’s seat and John Adams will step up and run for senate.

That makes no sense. Nick Freitas doesn’t even live in the 5th district!

Furthermore, I suspect that someone in another campaign is trying to spread this rumor. Might want him drop out of the Senate race.

Nice try, but it’s not going to happen.

Sigh. Susan, you should check your facts before mouthing off. THERE’S NO RESIDENCY REQUIREMENT FOR US CONGRESS. Freitas is a real possibility.

Being sober for over 24 years, all I can say is Go with God Congressman and it’s one day at a time