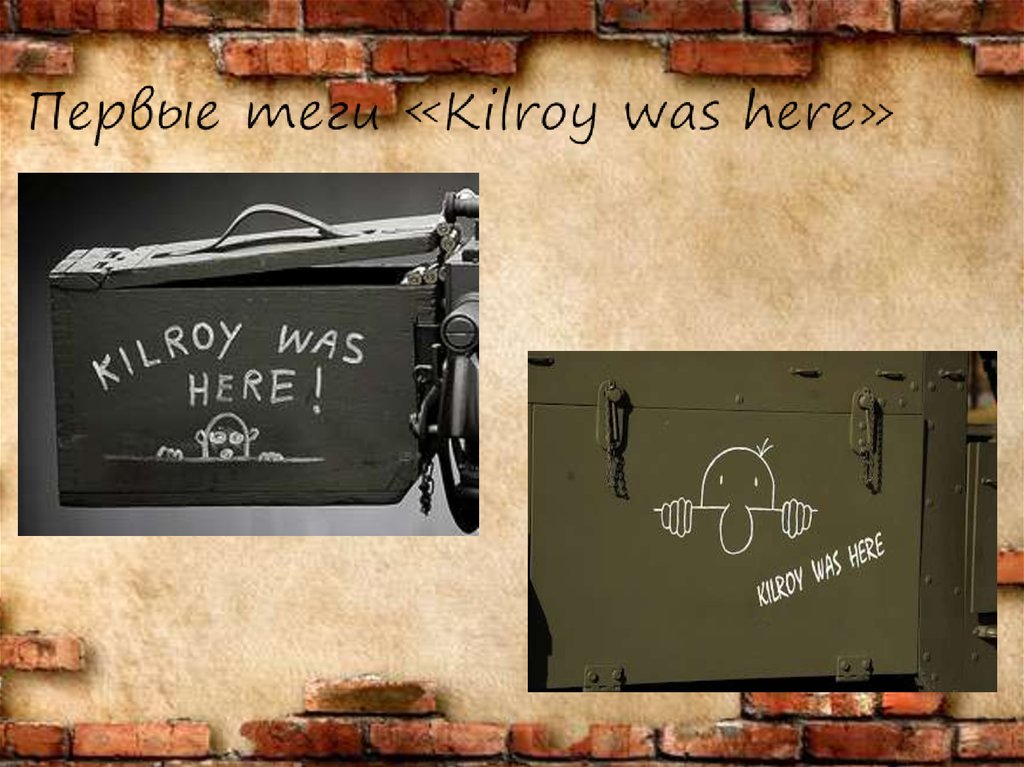 Report From the Dirty Tricks Front

Zolatar – a shadowy political operative of yore – is again hitting the country’s political scene. Aides of Congressional candidate Dan McCready (D-NC) accuse Zolatar of sabotaging their campaign in a recent special-election, which McCready lost to Republican Dan Bishop by 50.8% to 48.6%. Those aides claim that Zolatar had spearheaded a publicity campaign that spread the message that the election was a “sure thing” for McCready. Mainstream Media pundits also widely trumpeted that line, hoping that a McCready win would be the harbinger of a 2020 Blue Wave that would unseat Mr. Trump.

“He convinced Democrat voters that it was in the bag,” said one embittered aide, who claimed that Zolatar’s work caused voters to relax and stay home instead of getting out to the polls. “It was just enough to let Bishop win. Zolatar trashed two years of work by McCready and his team. I can’t believe we let this happen…”

Another aide voiced a suspicion that Zolatar had also engineered fraud in the original election of November 2018, which had produced an apparent win for Republican Mark Harris. In February 2019, after a conducting a hearing on alleged ballot tampering and election fraud, the North Carolina Board of Elections annulled that result and called for a new election.

But the complaints about Zolatar’s suspected interference in the North Carolina special election were only subtext to the rising chorus of complaints from Democrats, nationwide, about the riotously mismanaged presidential campaigns being conducted by a gaggle of candidates who seem completely disconnected from political reality.

“Only Zolatar could have fielded a bunch this crazy. This has to be his work,” said an experienced Democrat pol (we’ll call him John Doe) who spoke on condition of anonymity.

“Nothing like this could arise organically. For the luvva Mike, it’s Animal House on steroids! It has to be Zolatar’s work. Nobody could screw up this badly without having a mole inside, fashioning these crazy policies. I mean, they’re stinkin’ up the joint here…”

Mr. Doe went on to denounce some of the “progressive” policies being championed by various candidates of the one-time Party of the Common Man:

“Climate-change is our ‘greatest existential threat?’ Are you kidding me? Who comes up with [doo-doo] like this? The average Joe – I’m not talkin’ about Biden – worries about keeping his job when he hits age 55. He wants a safe neighborhood, decent schools for his kids, and medical insurance that doesn’t cost an arm and a leg. He doesn’t mind reasonable numbers of foreigners entering the country legally, but he doesn’t want mobs crashing in and demanding free stuff that he’ll end up paying for. He wants good roads and sound infrastructure. He’s not inspired to give up his car, his comfortable home and cheap, dependable electricity to keep the earth from warming 1/10th of a degree by 2100.

“And ‘live-birth abortion’ – wow! There’s a sure winner. OK, the party has always tried to help women not to have 15 kids and die having number 16. I get that. But those days are long past. With modern contraceptives, no American woman has to conceive a child if she doesn’t want to. We’re aborting a million children a year. Is that compassion? Is that a ‘legacy?’ Why does ‘the party with a heart’ think it can win votes by supporting this? It stinks to high heaven. These are policies dreamed up by inmates in the nuthouse. Zolatar has to be involved…”

Mr. Doe went on to castigate the so-called Squad of freshmen representatives, calling them “Congressgirls” who have no idea how much damage they’re doing to the party. “I don’t think their elevator goes all the way to the top,” he said.

Mr. Doe then broke off the interview, as he realized a live microphone was capturing his frank, unguarded comments. “See what I mean?” he quipped. “The guy (i.e., Zolatar) is everywhere.”

During Bill Clinton’s presidency, his advisors often blamed the elusive political operative for engineering bizarre incidents which produced damaging publicity. These included the mysterious discovery of Mrs. Clinton’s Whitewater papers in the White House, and the Secret Service’s arrest of a Chicago couple for speaking disrespectfully to Mr. Clinton about the deaths of U. S. servicemen. Both incidents received wide media coverage that embarrassed the Clinton administration.

Later, during the Monica Lewinsky scandal, officials suspected Zolatar of having recorded the much publicized conversations between Miss Lewinsky and her confidant, Linda Tripp. (Unnamed sources even suggested that Ms. Tripp actually was Zolatar, dressed in drag.)

Across the aisle, Republicans accused Zolatar of sabotaging Robert Dole’s 1996 presidential campaign. Senior aides said Zolatar, posing as an advisor to the candidate, recommended the “friendly undertaker” persona that Mr. Dole adopted for his campaign. Zolatar urged him to act, speak, and deport himself in ways that identified him with elderly voters. (This was no problem for Mr. Dole, who was then 73.)

“Zolatar said the ‘geezer vote’ would decide the election. It seemed so plausible,” said an unidentified female Dole staffer, obviously near tears. “How were we to know he was a mole?”

According to insider accounts, Zolatar finally overstepped by proposing that Viagra should be both the theme of the campaign and a fund-raising vehicle. This was too much, even for the Dole campaign, and the operative’s cover was blown. After a wild melee in the Dole campaign’s national headquarters, in which bottles of Viagra were hurled back and forth, the Z-man disappeared from the Dole camp.

But the damage was done. During election-day exit polls, one young voter said Mr. Dole reminded him of an “elderly great-uncle whose suits always smelled of mothballs.” This was a typical response. Youthful, hip and energetic, Mr. Clinton handily won re-election. He was also the clear choice of elderly voters, many of which admired his Lothario image.

Other political figures also blamed their political problems on Zolatar. Washington Mayor Marion Barry claimed that a DC water-contamination scandal in the late ‘90s was actually Zolatar’s work. Officials said the trickster paid 10,000 DC teenagers $5 each to contaminate the city’s reservoir by what they called a “primitive and disgusting” method.

Incensed by further questions, the aide upset the podium, hurled the Évian water carafe at the camera crew, and waded into the press corps. In the uproar that followed he lost a shoe and one sleeve of his jacket. Literally foaming at the mouth and shouting incoherently about tap water, summer jobs, and bodily fluids, he was finally restrained and assisted from the room. News footage of the incident provided weeks of material for late-night comics.

All this occurred just days after a press conference at which Mr. Barry dramatically chugged several glasses of tap water to assure the public that the city’s water supply was perfectly safe. He then disappeared from public view for two weeks. Spokesmen said he was “vacationing in the Berkshires,” and could not be reached for comment. But pundits hinted that he was being treated for “intestinal distress” at a celebrity detox facility.

These high-profile incidents set the tone for numerous claims of Zolatar-disruptions throughout the late 1990s. The capstone was the 2001 White House vandalism scandal – officially blamed on Mr. Clinton’s outgoing staff, but unofficially suspected to be Zolatar’s work.

“His fingerprints were (figuratively) all over it,” said a FBI official. “Could the Clinton staff really have done all this? We doubt it. They weren’t smart enough to know how to disconnect any wires. An inside operative must have been involved.”

Attempts to identify and find the elusive Zolatar seemed to point to a transvestite intern, but the leads proved false. Zolatar has been glimpsed only a few times, and has never knowingly been photographed. His description remains uncertain. Authorities continue to debate whether he is a man or an ugly woman.

The most sensational charge laid against Zolatar during the ‘90s was blame for the ubiquitous “Kilroy was here” graffiti – seen in every imaginable place, world-wide. The graffiti has been spotted on the north face of the 34th floor of a Singapore skyscraper, on Russian T-34 tanks near Minsk in 1944, and on Confederate earthworks at Petersburg, Virginia, ca. 1864.

Pilgrims who saw the Kilroy-graffiti on the ceiling of a monastery, high in the Tibetan mountains, say resident monks were silent about how the inscription got there. A spokesmonk made only mysterious references to “a grasshopper.”

International police officials have launched a crash effort to bring the political-trickster/vandal to justice for his crimes. “Apprehending Zolatar is absolutely our top priority,” said one Interpol agent. “When we finally catch this guy, he’ll be cleaning graffiti for the next 500 years.”

Complaints about Zolatar seemed to fade away during the Obama administration. Persistent rumors claim that Barack Obama – who seemed to come out of nowhere to grab the presidential brass ring – actually is the shadowy operative. But those rumors remain unconfirmed.

Meanwhile, accusations are flying that Zolatar is attempting to reprise the “friendly undertaker” strategy in Joe Biden’s current presidential campaign. Insiders claim that Mr. Biden is actually “sharp as a tack,” but has affected a “stumblebum” image on the advice of a close aide who says it will convince voters that he’s as dumb as they are.

As the presidential follies roll onward, Zolatar remains at large. Stay tuned for breaking news. You ain’t seen nothin’ yet.